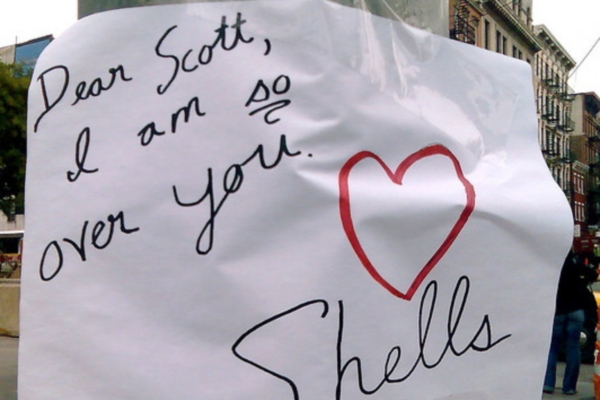 Whether you’re single or taken, enjoy these stories at someone else’s expense.

I’ve spent the last week writing romance-themed posts for a number of publications in preparation for Valentine’s Day. I’m single. I like being single, but this day is clearly not for me. I try to make the most of it. This morning I greeted my roommate with a chipper, “Happy Valentine’s Day!” to which he grunted and mumbled, “Oh, yeah. You too.” When asking my committed friends about their plans with their partners, answers ranged from “we’re just going to a movie” to “oh, I forgot about that.” My plans? An evening of skiing followed by a platter of nachos with some girlfriends.

But I guess it depends on your idea of romance. During a Matador editors’ conversation where we discussed Valentine’s Day plans while I tried not to vomit, we decided it would be fun to round up a collection of romance stories gone wrong. 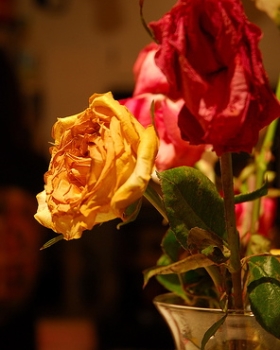 Suhanna S:
A man once took me to an expensive restaurant and told me to order anything I want. When the bill came he got all flustered and told me that he left his wallet at home. I didn’t mind paying first of course but then it happened again on the second date.

Right after that incident, I went out with a horribly narcissistic guy. He kept pausing and checking his reflection out in mirrors, elevator doors, train windows and basically any reflective surfaces available! It was beyond weird. He also gave me plenty of excuses for not calling me. One of his excuses was that his phone ran out of credits and that if I wanted to talk to him badly, I should buy credits for him.

I met a girl at a Coyote Ugly (never a good start). We hit it off and a couple days later, I invited her to my place. She had a tattoo of a tiger on her thigh, so she will forever be known as “Thiger.” Classy broad. Anyway, I went to pick her up and she surprised me when she informed me that her toddler would be tagging along on our date.

The cop that later pulled me over educated me on the laws about buckling children into specific car seats.

I’m not good with kids, and I don’t have any of my own, so I don’t really know the “rules” and I didn’t see the problem with her putting him in the back seat, unrestrained. He rolled around a few times when I took some sharp corners. He was laughing, so I figured he was enjoying it…kind of like a rollercoaster, so I kept it up. The cop that later pulled me over educated me on the laws about buckling children into specific car seats. The fact that she was a bad mom bothered me, sure. But it was that awful tattoo that gave me reason to not see her again.

After our first travels together through Mexico went amazingly well, my “Senor” in a fit of passion exclaimed, “Let’s get married!” on our flight home. Proposing mid-flight was romantic, but the actual ring exchange three weeks later was less than perfect. 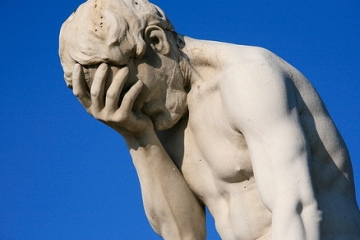 He had just picked me up, and already had a young hitchhiker in his bench seat truck. While squeezed between two men, he grabbed the box from the glove compartment, thrust it into my hands and said, “Here you go!” There was no kneeling, no long eye gazing, no proper proposal at all! Just an awkward silence and lots of mouth gaping. Then I said, “No, you will not give it to me like this!” and I shoved it back into the glove compartment with both of my cheeks bright red. Later, post hitchhiker, he pulled the truck over, and reached for the ring again. And did it right.

I once gave an ex girlfriend a copy of Solzhenitsyn’s “Cancer Ward” for her birthday as I’d just read it and was blown away by it. I honestly didn’t realize until she gave me a classic WTF look what a ridiculously unromantic gift it was.

I was in Siem Reap, watching the sun set slowly behind Angkor Wat while listening to Michael Galasso’s Angkor Wat Theme I. As lovely moments go, this was well on its way – great sunset, great guy next to me, crumbling ruins from a former kingdom. Except for one thing: I was sitting on a pile of fire ants. Stinging pain, followed by my leaping up with a shriek, followed by my running in circles and smacking myself on the ass as the fire ants had a field day (while that “great guy” laughed so hard that tears poured down his face). Let’s just say it it was memorable, but for all the wrong reasons. 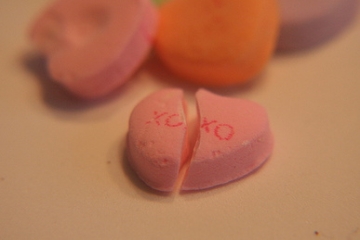 It was my senior year of college. I met a girl after performing as King Arthur in a Renaissance Fair. Let’s just say we hit it off pretty well and took things back to my apartment. Unfortunately, she didn’t tell anyone – her friend who brought her to the fair, her boss expecting her at 7 AM, or her overprotective mother – where she was going. The next morning, right in the middle of a kiss, I got a call on my unlisted cell: “This is Amy’s mother. I’ve called the police.” An officer showed up at my door less than ten minutes later, a bemused look on his face. I wonder why things didn’t work out between us.

This year for Christmas my husband and I unknowingly gave each other the same very unromantic gift – the new history of NPR book released for its 40 year anniversary. We opened at the same time and I thought, “Crap I am opening his gift!” and I looked up and he had a copy too. I thought it was really funny…but not romantic.

Have you been on the receiving end of a romance fail? Have you ever been the perpetrator? We’d love to hear the details!

Or if you’d rather hear about some REAL romance, check out our Love in the Time of Matador series.

BIPOC anglers take a stand for inclusivity in fishing
This holiday season, gift yourself a break at one of the best wellness resorts in the US
10 sexual practices from around the globe that remind us the world is a big, beautiful place
The 14 best digital nomad visas from around the world
Drink your way across Texas wine country on this Christmas wine train

The Cook & The Chef: The Story of Ana Roš