It’s a common enough scenario that I witnessed: guy approaches girl, girl snubs guy, guy retreats to bar and recovers from his humiliation with the help of a beer and a buddy. Only this time, the roles had been adopted by somewhat unexpected characters. A secretary bird had swooped down from the skies, long legs swinging wildly as he came into land. I’d been admiring the cropped leggings of another secretary bird, idly wondering how you could differentiate between the males and female — and here was my answer. Brushing off an inelegant landing, the newcomer strutted over to the other and, chest puffed out, gave what was clearly the squawked equivalent of a dodgy chat-up line. She eyed him suspiciously, bristled, and sprinted off into the distance, head pressed forwards and those endless scrawny legs pumping away furiously.

The male, as I now knew him to be, turned and walked over to the nearby watering hole. Wallowing inside for some respite from the overpowering midday sun was a male hyena: the two stood side by side, one within and one without, apparently pondering the complexities of their female counterparts.

When people dream of Going On Safari they harbour images of majestic lions roaring, cheetahs kicking up the dirt as they leap onto the back of a buck, and giraffes with legs akimbo lapping at a stream. These scenes are always magical even if they are viewed from behind the bulk of an SLR, thousands of blurred moments captured to stare back on later. Whether you are seeing your first or your hundredth leopard, you find yourself holding your breath.

But once you’ve seen the Big Five you are able to relax a little, look into the trees at the intricate nests and down at insects busying themselves on the ground; they all have stories to tell. I have spent whole hours together watching a dung beetle rolling his ball of dung, mistress clinging to the side. You can almost hear her nagging instructions: ‘left a little… Left… LEFT! Oh for heaven’s sake’. I remember a pair of juvenile falcons in the Kalahari, swooping towards a ground squirrel who stared up at his inevitable fate, fixated on the approaching talons in a last ditch effort to survive he threw himself into a nearby hole and peered out, whiskers twitching furiously. The falcons landed alongside him and the waiting game began, the raptors daring each other to have a go at snatching the squirrel who, in his turn, folded his arms and looked up with an expression that said, ‘Well? Go on then.’

That day, the squirrel won. After the two embarrassed birds shuffled off, his baffled look of, ‘seriously?’ was quickly followed by him darting for the safety of distant bushes.

Time becomes irrelevant in the bush. You learn to rise with the sun, sleep when it’s hot, and head to a watering hole at dusk. The cheerful song of the bright blue woodland kingfisher makes him a familiar friend; once indistinguishable bucks become nyala and impala and kudu; you start to sense the presence of animals before you see them. And you’ll find those moments of comedy too, your spurned secretary bird and humiliated falcon, that will be all yours. Don’t underestimate the vastness of the bush, the very real possibility of finding your own space and place and scenes that are played out for your eyes only. 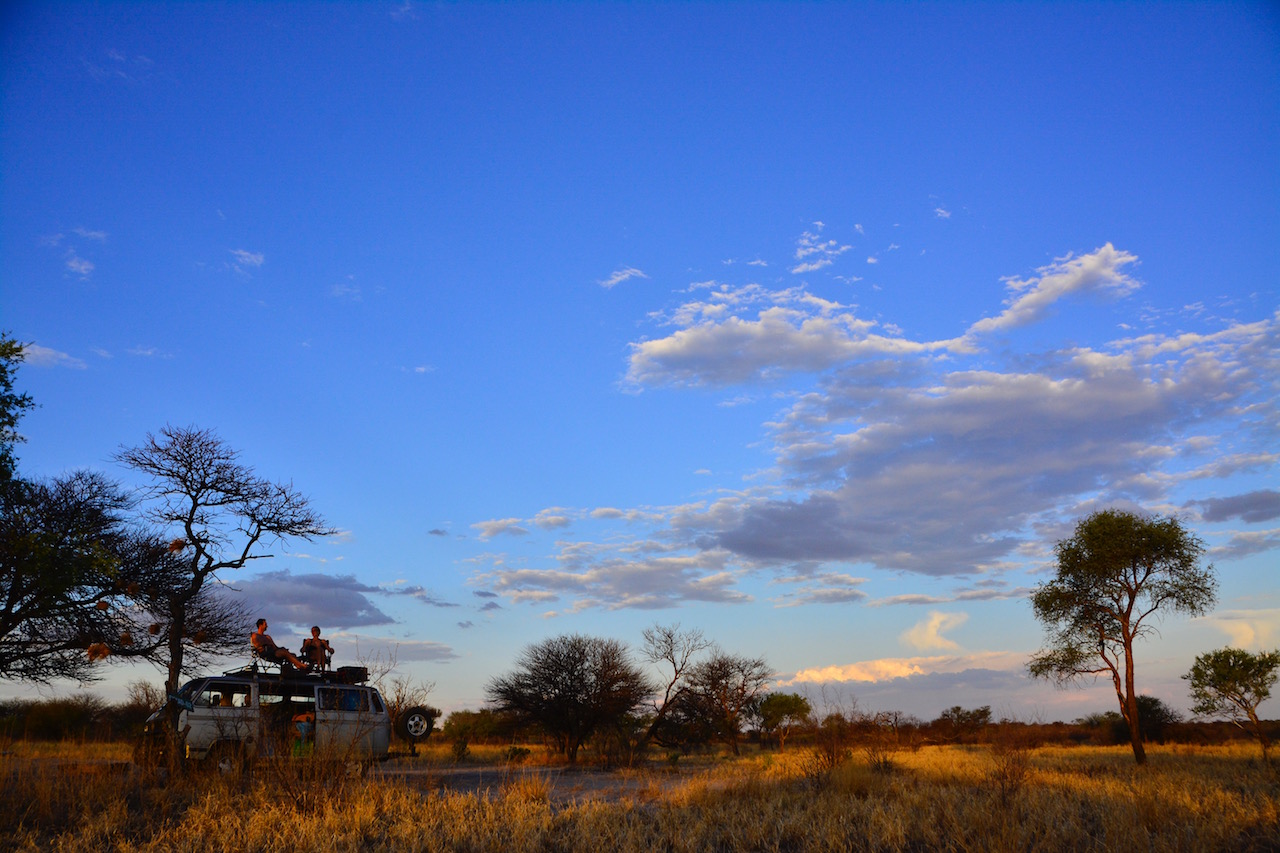 Safaris are so much more than ticking off lists. They are about awakening feelings that lie dormant in smog-filled cities and traffic jams and stuffy train journeys. About remembering that, when it comes down to it, with our yoga pants and dating games you and I and the secretary bird aren’t so different after all.

ActivismCan We Stop Visiting Animal Attractions? Here’s Why, and Here Are Better Alternatives
Tagged
Narrative
What did you think of this story?
Meh
Good
Awesome