While the progressive movement continued to implode over Hillary Clinton’s emails and the conservative movement continued to support a failed businessman who has allegedly sexually assaulted at least 11 women at this point, September 2016 snuck by as the warmest month on record, following a 16-month string of record high temperatures. In fact, as I write this in coastal northern Maine, it is 70 degrees in late October — a time of year that used to habitually welcome the state’s first snowfall.

Climate Change is the single most important issue facing the human race today, and yet not one direct question has been asked about it in either of the last two presidential debates. According to data released by NASA’s Goddard Institute for Space Studies, the globe was 1.638 degrees F warmer than the September average, and 2016 will undoubtedly pass by as the hottest year we have ever seen. 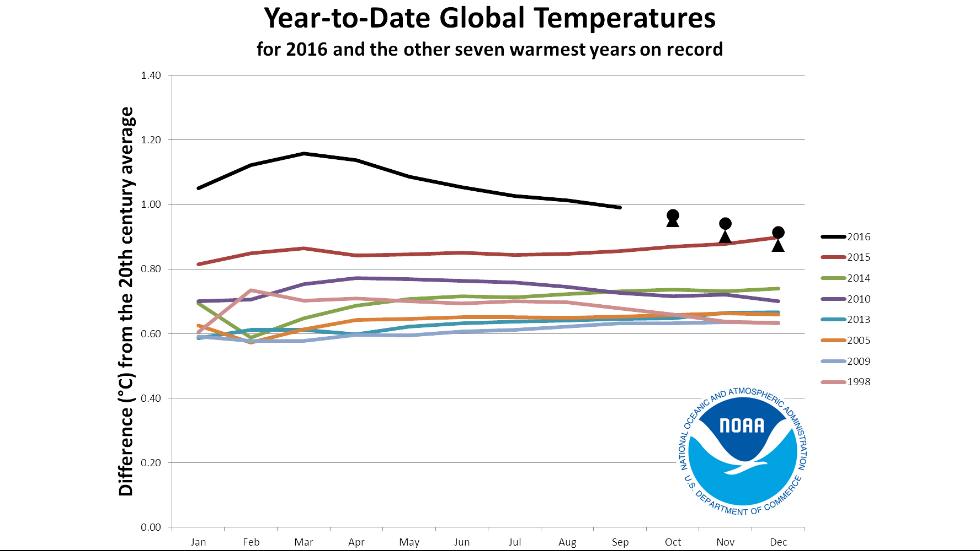 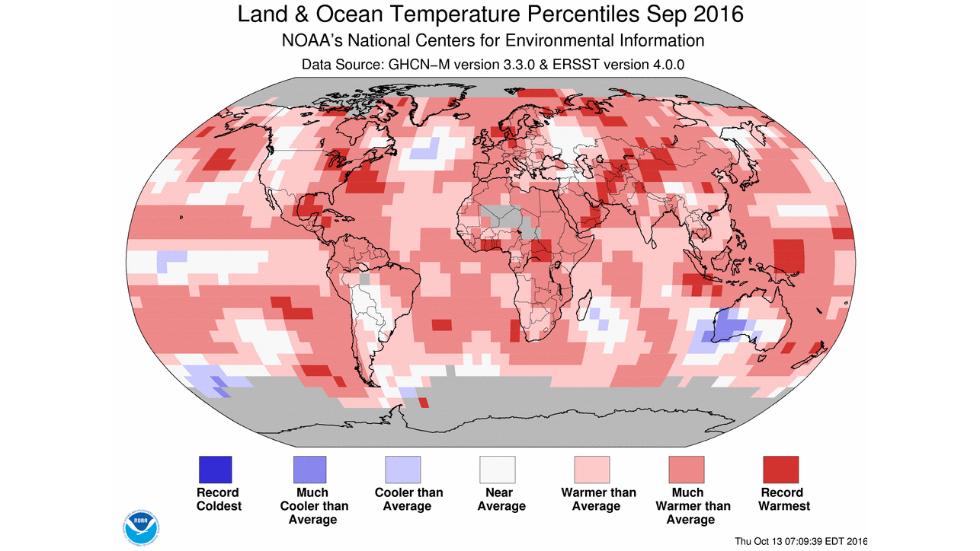 Tonight is the third and last presidential debate. To allow the candidates to leave their podiums without addressing Climate Change would not only be a disservice to the American public, it would be a crime against the entire human species — especially in the wake of Hurricane Matthew, which killed more than a thousand people in Haiti and at least 25 people in the American South. Republican candidate Donald Trump believes that Climate Change is a hoax created by the Chinese government and he would ‘cancel’ the Paris Agreement which only went into effect at the beginning of this month. Democratic candidate Hillary Clinton, on the other hand, has called Climate Change an ‘urgent threat‘ and seeks to transform the United States into the world’s ‘clean energy superpower,’ creating millions of jobs along the way.

We cannot expect Fox News anchor Chris Wallace, tonight’s debate moderator, to push the issue of Climate Change — he’s declared that it’s not his job to be the ‘truth moderator,’ after all — but you, as a human citizen, can keep it in your mind as you vote this November. As the earth continues to warm and we continue to lose people, endangered species, and crucial resources to unprecedented weather patterns and natural disasters, you can decide for yourself how important Climate Change is, and whether or not it’s an issue that we should all have in the forefront of our minds.