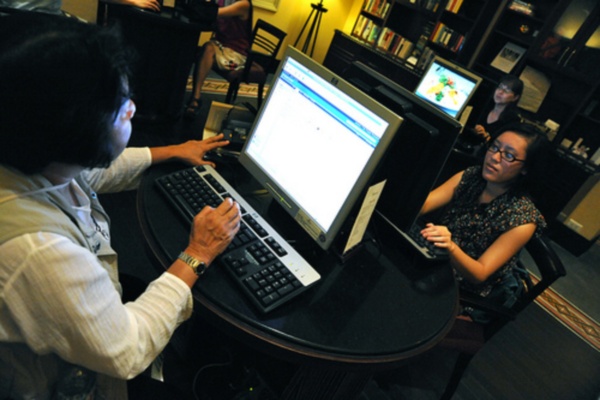 We already know the social media douchebag, but there are specific actions that really get under our skins. Kinda like public nose-picking or assertive, unwanted flirting.

Here are some of the top social media faux pas we hate.

This is the person who lurks around Facebook and negatively comments on everything. It very well could be a family member, or a close friend. Matador Nights editor Kate Sedgwick says: “There is a woman who inserts herself into nearly every thread on many friends’ pages and reprimands commenters for their choice of words with a complete absence of humor. Usually she is commenting on a joke she fails to perceive.”

The Know-It-All will often have any opinion that goes contrary to the rest of the world. You know, when everyone is all a-buzz about the 2010 World Cup, this person will update their status with: “Who cares about the World Cup? We’re wasting millions of dollars.”

The world doesn’t want to hear about the peanut butter sandwich you’re currently eating, or the color socks you’re wearing and certainly not how bored you are. Nobody ever cares as much as you do. 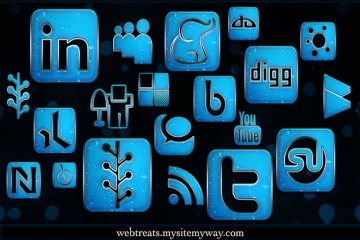 The Internet Boyfriend or Girlfriend Wannabe

Probably the most drastic mistake you can make as a social media user is scouting out potential love interests, like Matador Life editor Leigh Shulman’s experience: “The guys who IM under guise of something professionally related but then it somehow makes its way around to them telling you how cute your profile picture is. Cute? I’m not a puppy.”

Heather Carreiro also dislikes these greaseballs: “Guys who not only hit on you, but who continue to send you photos of themselves. Hey, it’s me with my motorbike. Here’s me with my dog. And fifty photos of me with my car.”

There are Internet dating services for this kind of thing. Use them.

Don’t follow someone if they have no photo, no location or barely any activity in their profile. I sometimes accept friend requests from strangers thinking I may know them through someone else, but usually they’re people who want to creep on my profile and send me endless Facebook chat messages.

If we have nothing in common at all, the only reason I can think of you contacting me is to get in my pants. That’s not the way to do it.

Don’t be the person who is in love with their own perspective on life and cannot be convinced to listen to other opinions. They’re usually the person who likes to put their nose in everyone’s business, even if they’re not welcome. This person likes to follow up a smug comment with a winking-face: ;-). As if that annoying little one-eyed bastard makes everything better.

The Bible Quoter or Inspiration Giver

Freedom of speech is cool, and I’m all for learning about religion, but can you throw in a little variety every now and then? You know, so I don’t feel like my soul is going to be consumed in fiery hell?

Please leave out the inspirational quotes as well. Like Mike Sowden says: “Nothing says, ‘I have nothing to say today’ more than a good Mark Twain quote.” 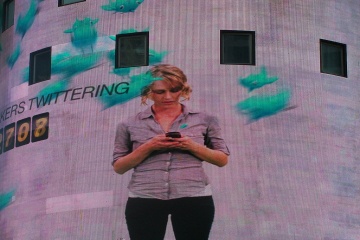 A Spammer is someone who will send out 20 messages in a row, apparently at random and without ever actually paying attention to what they’re posting and will generally alienate their following. Kate Sedgwick finds this group particularly annoying because “their posts become a bunch of noise in unbroken chains of links and updates. I prefer selective posters who select nuggets to share, not people who spray us all down with information I then have to weed through.”

Spamming also includes game invites and updates. I will not help you hunt down a ural liberation front contact in Mafia Wars; I don’t even know what the hell that means. I also don’t care if your virtual sheep is starving to death on Farmville. Butcher the stupid animal and move on.

The Bogans (Not to Be Confused With the Brogan)

“Bogan” is an Aussie term for “redneck.” I have several of these on my Facebook, which I keep around mostly for entertainment. The horrid spelling and grammar and mind-blowing mundane status updates never fail. Here’s a real one:

Oh my watching john play game. My little gurl playin with my belly saying i want 2 babies. She dont wanna settle for just 1 lol. Tells her theres only 1 in mommys belly and she no 2.

The Self-Proclaimed Expert
Let’s say you put a call out on Twitter, Facebook or Linked In asking for information and you end up with the needlessly long, over-hyped response from someone who claims to be THE expert on the topic. Nobody else could compete with this person’s knowledge, it’s just not possible. They have a book.

True story: there is always someone who knows more than you do. Deal with it.

What social media faux pas do you hate, or what faux pas have you committed? Share in the comments.