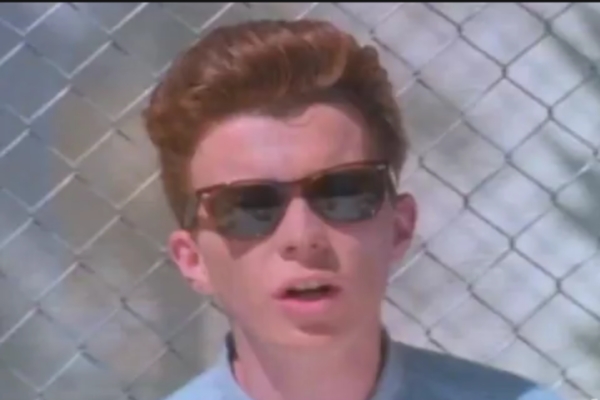 Once again, we’ve embraced Internet weirdness to bring you some of the more questionable discoveries found throughout our forays. Warning: some of these are not safe for work.

During my last trip home, my cousin and I introduced my family to the wonders of YouTube. They were blown away; they simply could not wrap their minds around the idea that basically any information is attainable through the Internet.

But my uncle expressed concern. He was worried he’d get scammed, or end up somewhere he hadn’t intended, and haven’t we all been there? Haven’t we all been RickRoll’d? The Internet can be a strange and scary place. Creepers lurk in the darkest corners, and the World Wide Web becomes the place to unleash their inner freak-shows. From fetishes to questionable online shops to the celebrity obsessed, they’re all here.

And since some people dress up websites to give the appearance of legitimate business, who the hell can you trust? Maybe not these people. 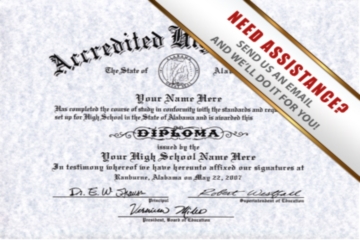 This site promises super realistic diplomas for just about everything. MDs, GEDs, Masters, High School Diplomas, transcripts, you name it. Their eloquently written blog better explains their purpose, including a list of reasons why you might like a fake diploma. Were you a rebel in your younger years? Has your troubled past kept you from getting into college? Well, a fake diploma will help! Because surely the best way to start clean is to do it dishonestly.

In some ways, it could work. Maybe I could wield my fake MD certification to pick up a good lookin’ feller at the bar, but applying it to real life? What do you think is going to happen when you’re asked to perform surgery and you suddenly don’t know how to do it? Remember how all those fake pilots in India lost their license? I suppose getting a fake BA would be even more pointless. You’re still unemployable.

(Warning: some nudity) You might be acquainted with the usual resort vacation packages, but did you know you can add in a few extra perks, like pretty female escorts who show up at the airport with your choice of cigar and beverage, and then promise to fulfill your every need?

Their packages start at about $2000 and don’t specifically mention sexual acts, but they’re suggested. Viewers are promised nude photos of the girls in the Members Only section, but according to comments left on the site, they’re inaccessible. I can’t help but wonder how proper escort etiquette takes place. When your ladies pick you up at the airport, what do you talk about? What kind of conversations do you have? The whole process seems exhausting. 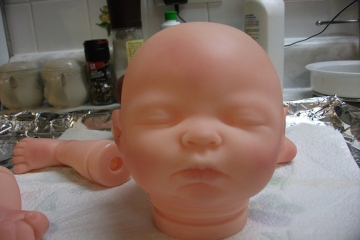 Admittedly, this artist’s work is super impressive. So impressive, and so detailed, her baby dolls are creepy as hell. You can literally spot the veins under the dolls’ skin, count eyelashes and find skin blemishes. They’re even weighted and stuffed to feel cuddly like a newborn. Their nostrils are open so they can breathe. Yes, really.

The process rendered by the artist is also known as “reborning.” That’s not even a word. How can you put your trust and money into someone who makes up fake words?

Their tagline is “Life is short. Have an affair.” Yep, gotta appreciate that honesty. This website anonymously sets up married people to have affairs with other married people. They’re so confident about their services, they guarantee you’ll have an affair. At first I couldn’t figure out why people need a specific site for affairs when just about any dating site could provide such a service, but I guess some people want to perhaps retain a little honesty at least with the “other” person? Who knows.

“Life is short. Have an affair.”

I remember this site from my childhood school days, when the boys in my classroom ate this stuff up. These images have haunted me ever since. This site is for those fascinated with death and all things disgusting, and has a collection of really sick stuff, like car accidents with passengers gored by metal poles. Not kidding.

There’s no disclaimer anywhere, either. Be warned.

Dressed up in a cute bumblebee theme, this website is apparently just a search engine, but they charge money for access. Rene Wolf, who runs a podcasting service known as Backdoor Broadcasting Company, says his podcasts are offered through BeeMP3, despite being available for free on his website. Scam alert! 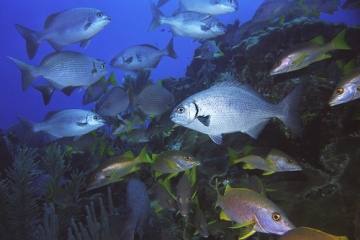 I’m not against Internet dating, not in the slightest, and I’ve even had some friends who’ve had considerable success with PlentyofFish. But after trying this site on two different occasions, I’m reluctant to give anyone a chance again, ever. That’s not to say I didn’t meet cool people—I did—but they were few and far between. The majority are creepers who seek me out with haphazard, clumsy messages and requests to see me shirtless, and I don’t even have a profile picture.

If you’re looking for higher-quality dating services, try sites where you have to pay a small membership fee. It’s worth it.

The shadier a website, the more likely you are to confess your inner-most secrets.

According to a recent study, people apparently divulge more about themselves on shady websites. The more questionable a website, the more likely you are to confess your inner-most secrets…which probably explains the inherent popularity of web forums. Here’s an outstanding example: police recently uncovered a massive international pedophile ring, rescuing 230 children and arresting 184 potential suspects. Some of those people were teachers and police officers. These people used a “heavily encrypted” forum of 70,000 members known as boylover.net to swap images and videos, and it’s been happening for years.

FAFSA.org is the free application for federal student aid in the USA. FAFSA.com, however, takes you to a place where you have to pay $79 to apply for aid. Their header even includes the disclaimer “we are not affiliated with the Department of Education.” Why would you pay nearly $100 for an application you can get free from the government?

Cheating spouse? Stalker ex-boyfriend or girlfriend? Awful co-worker? Give them the gift of crabs! We wrote about this site before, but it never gets old. Order the crabs online, set them loose upon your victim, and watch magic happen. In response to “Can you give me some advice on how to…” in the site’s FAQ section, the owners have responded with, “No we cannot, please just use some common sense.” I can’t help but wonder…how does the company harvest these things?

Do you have anything to add to this list? Have you ever been emotionally scarred by the Internet? Share your stories in the comments.

The TSA has a new rule for snacks in carry-ons. Here’s why. Get paid $20,000 to drink beer and hike the Appalachian Trail Japan will partially pay for domestic travel so you can explore more of the country The winners of the International Photography Awards revealed, and they’re stunning Stonehenge will livestream its summer solstice celebration for the first time ever
✖
travelstoke
Download the mobile app
stoked by