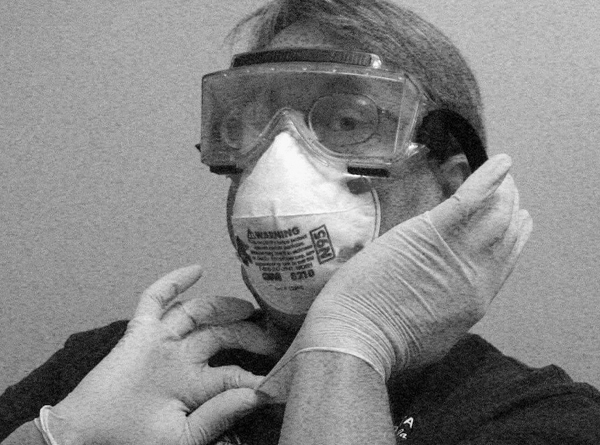 An interview with the author of When Technology Fails, a field guide to to surviving long-term disaster.

Released in 2008 , When Technology Fails has quickly become the definitive guide to surviving a long-term disaster.

And yet the author, Matthew Stein , a mechanical engineer and MIT grad, had no intention of ever writing such a handbook. The idea came to him in a vision, presented in the form of “a pictorial storyboard outline, from start to finish.” He would spend the next two years researching the earth’s most prominent threats, as well as ways to combat them. 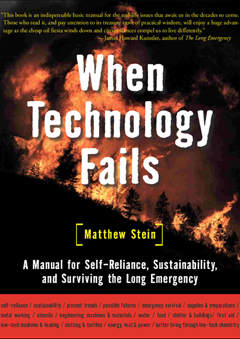 Cover of When Technology Fails

You’ve said that this book originally came about because of a voice you heard while meditating?

I’ve had a practice of daily prayer and meditation. I’ve often used the prayer for help in seeking solutions for difficult engineering problems.

When I would get answers to these problems, pictures would snap into my head with solutions. In 1997 I made a generic request for inspiration and I got this bomb dropped into my lap.

My first thought was no way. I can’t possibly do this. But the little voice basically said that nobody knows all of this stuff. It assured me that I had the skills and talent, and that I would get the help that I needed to take this project to completion.

You probably learned much more than you wanted to know about the way the world was going.

Yes. The internal voice said that I had to focus on The Future Of the World chapter, and that these trends will all end in collapse of the natural systems on this planet, if we do not start doing things differently. If we continue with business as usual most of the people on the planet will die. But it can be shifted and changed.

The average American really doesn’t think that an event could have an impact on their life beyond one week. How wrong are they?

They’re totally wrong. History has shown huge events that have been civilization-busters, that have caused massive unrest. The thing is that America is soft because we haven’t had a war on our land since the Civil War. We’ve gotten used to everything working very well in our country. When things collapse here, we’ve got a lot further to fall.

Hopefully it won’t happen. Given the ecological trends, the chances are really high that we’re going to see some huge disruption in central services for a month, six months, a year. I’m hoping that all of the right things happen in this new government and that we make the shift to sustainability.

I’m hopeful that we can avoid out-and-out collapse. But if we don’t do the right things, in my mind, it’s a guaranteed recipe for collapse.

What happens to us after day five of a major emergency, when systems start breaking down and when water starts becoming a huge commodity?

Most of us can last at least a month without food. Without water, in a hot climate, in three days people are going to start dying. If the water stops flowing, then you’re going to be drinking out of the local ditch, if that’s all that is around.

If you’re prepared, you’ve got your little grab and run kit with a backcountry filter that removes bacteria and viruses from the water. If you’re really prepared you’ve also got a Steripen and fifteen seconds later it’s been zapped free of viruses. 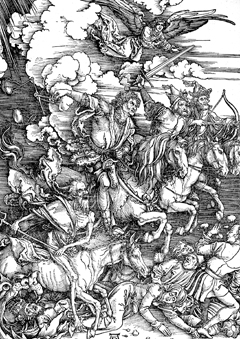 With all of our advanced medical science, why do you believe that the possibility of a severe pandemic is so large?

One reason is that some genius figured out that if we fed sub-clinical doses of antibiotics to our farm animals, the return on your investment would be better.

The animals grow fatter, quicker and got sick less often. By feeding these antibiotics to animals daily, we’re developing antibiotic resistant bugs within the farm animals.

But how real of a threat is a pandemic?

This is a real, viable threat. It’s not just a pandemic. You can be one of the unlucky ones who picks up an antibiotic resistant bug, like Miss Brazil just did. They cut her hands and feet off trying to save her life and she died anyway.

If you’re not armed with some of the alternatives and if you believe that western medicine is the Only Way, then when one of these bugs hits you, you’re going to end up like Miss Brazil. This is where having a variety of super-viral resistant things on hand is so important.

Things like oregano oil, colloidal silver, olive leaf extract or having a blood electrifier. I believe in the shotgun effect – there’s no one right answer there but arming yourself with these alternatives is really important. 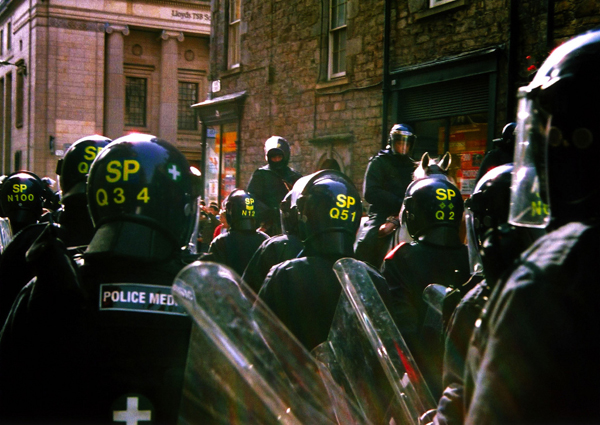 Consult Mat’s website for his advice on what to include in a 72 Hour Survival Kit.

The following are his absolute musts for travelers: