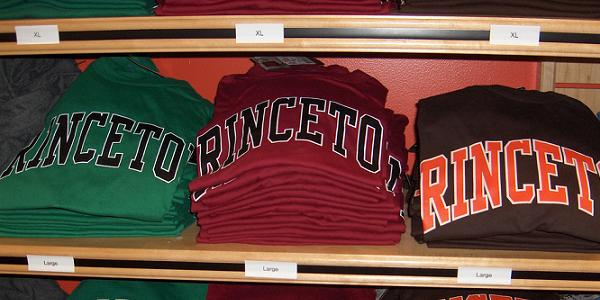 This year, over half-a-million students will flock from all over the world to attend the most expensive colleges on earth. But why?

It doesn’t matter to foreigners that the cost of our colleges is outrageous or that the quality of education in the United States is, and has long been, questionable. Regardless of the diploma, an American education carries worldwide prestige. Saying that you studied in America is like saying you winter in Hawaii or that you drive a Bentley. 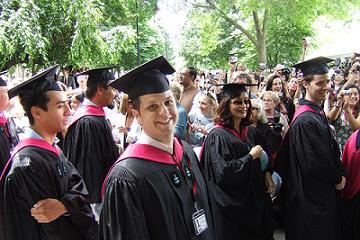 To start with, the level of education in American high schools is generally considered lower compared to many other countries. The skills needed to pass the BAC, a national exam required to graduate from French high school, are equivalent to two years of college in the United States. For many foreign students, our colleges are easy because they’ve studied the stuff in high school already! Maybe that is part of the appeal.

American college is a product being sold to consumers. It is marketed aggressively and internationally. American colleges have more money to spend on marketing than any other country– and they should for what they charge in tuition! But that doesn’t mean they are better. It just means they can offer fancier amenities and accommodations.

In France, they have Club Med. In America, we have “Club Ed.”

As a former international college recruiter, I passed out plenty of colorful glossy brochures to starry-eyed Europeans. Here is what I would tell American and foreign students today who are interested in attending an American college:

2. It is fairly easy to get good grades in college due to the “dumbing down” of classes and grade inflation.

3. Do not be fooled by college rankings. One of the criteria used by US News & World Report to rank colleges is the total amount of money a college spends. This could include anything from a president’s salary to a new stadium or campus entertainment. Colleges are also rated based on how much money they receive from alumni.

4. Know what kind of degree you are after and figure out if your degree will actually translate into a job (something many American students do not do).

5. Consider going to college in a country outside the U.S. and maybe visit during Spring Break.

If you’re an American who loves to travel, why not get your degree abroad? One major benefit to enrolling in an offshore college is that you can get a quality education that may be dirt cheap or perhaps even free. Whenever you can get a quality education without going into debt, you win! Because of rising tuition costs and a lagging economy, many savvy Americans have opted to study overseas.

“Why not get your degree abroad?”

For Americans, there are other advantages to studying abroad. First, you can check off becoming well-rounded from your to-do list. That begins the minute you get your passport stamped! If you are in a country where you will be learning and speaking a second language that’s a huge bonus.

Secondly, you may finish your program or field of study sooner. In England, for example, you begin studying your major during your first year.

Finally, if you want an international career, studying overseas will allow you to make contacts with students from all over the world. Americans should be aware that admission into a foreign university can be tougher than getting into an American school. But if you manage to get accepted to a college overseas, it would be foolish not to pursue it. You won’t miss getting those college class rings from Limoges or “Princeton”-stamped onesies for your nieces and nephews.

College in the United States has become one of the most over-exploited and over-priced products in the world.

The American university is being marketed to the world as a glitzy luxury product complete with first class accommodations that rival Disney World or Vegas.

When you peel back the brand names, the perfectly manicured lawns, and learn about the quality of education, you may find that American colleges are not worthy of all the hype.