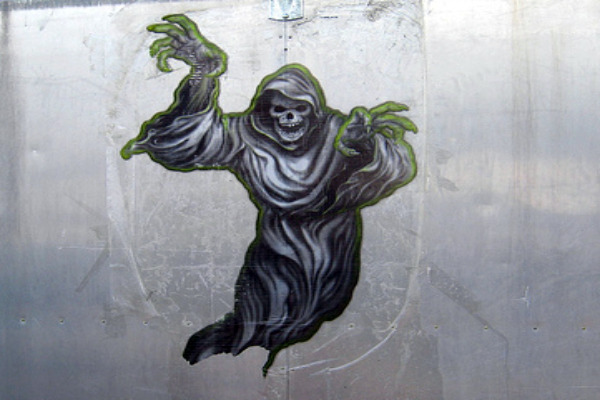 Are we obsessed with safety and death? Why are we so afraid to talk about the things that scare us?

You can’t escape death, no matter what you do to prevent it. You can wear helmets, avoid dark alleyways, and wrap yourself in cotton wool. If you chose not to ever leave your home, sit on the couch and dread the outside world, chances are the ceiling would collapse on your head. Or a freak tornado would rip through the house and toss you upside down.

Take the 38 year old father of two killed by a plane while jogging along a beach. I’m sure he didn’t get up in the morning and think, “I better not go for a run today, I might get hit by a plane.”

Or the female driver whose car was rammed by a lorry in England, resulting in her vehicle being pushed sideways along a motorway because the driver didn’t see her. Did she get back into her car the next day, or decide to never drive again? 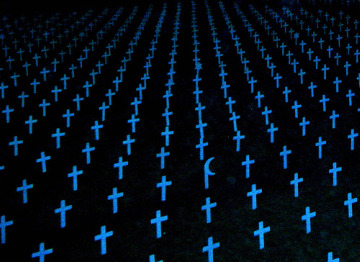 I have lots of trouble dealing with death. The thought of not getting everything done in my lifetime is terrifying. The thought of not knowing what happens next is overwhelming. Yet there’s people that risk their lives everyday: firefighters, policemen, soldiers.

Death is a part of our daily lives.

The only way I can figure out how to deal with it is to look at it from a different angle. Like The Darwin Awards, meant to “commemorate those who improve our gene pool…by accidentally removing themselves from it.”

Down here in Florida we have some rabid Marlins fans. A few days before the Marlins game, two supporters decided to show their loyalty by constructing a paper banner. Wanting to display their efforts prominently, they chose the Metro Rail overpass at a point where it crossed a major thoroughfare. The banner would proclaim the superiority, not to mention the high testosterone content, of the city. Unfortunately, their plans were not altogether complete. Neither had the foresight to procure a Metro Rail schedule. As they hung the banner, the Metro thundered toward them. Both were struck by the automated train. One was killed, the other left wounded to tell the tale. The banner was unharmed. 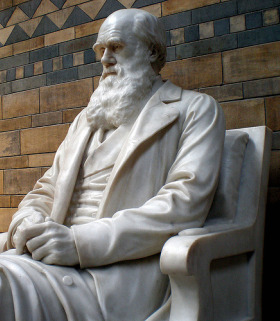 No amount of good luck will prevent it. Like the Italian woman who missed the fateful Air France flight from Brazil to France which plunged into the ocean killing all those on board, and then not long after died in a car accident.

Putting your fear and anxieties aside is necessary to live any kind of life. This means working outside your normal, everyday comfort zones and doing things that you often find challenging.

Comfort zones can be deceiving.

These zones are familiar and welcoming, and so they cause us to be less aware and cautious of our surroundings. Perfect example: I have lived in this current neighborhood for a year now. I walk to and from work, the gym, the grocery store and other parts of town at least four times a day. And while some of my neighbors are shady characters, I never imagined the police might find a grenade along the route I take regularly. But they did, just last week. In a town where crime rate is next to nil, there’s something hair-raising about knowing what might have happened.

Take it one day at a time. Search for a different perspective on death, like the Mexicans who celebrate El Día de Todos los Santos (All Saints Day) and El Día de los Muertos (All Souls Day). These festivities come from an ancient indigenous practice centered on the belief that the souls of the dead return each year to party with the living. If the afterlife is just one big party, I’m cool with that.

How has fear kept you from doing the things you love? How did you overcome it?