Top Countries
Top CitiesView All Destinations
Trending Countries
Trending Cities
Load More
Wherever there are teens with guitars, there’s bound to be metal. Black metal is its most extreme sub-genre, combining screamed vocals and incredibly fast blast beat drumming with lyrics that deal with the taboo.

When we think of black metal, we tend to think of Northern Europe and, to a lesser extent, North America. However, at this very moment, headbangers from Brazil to Kyrgyzstan are donning facepaint and rocking out to homegrown riffs. 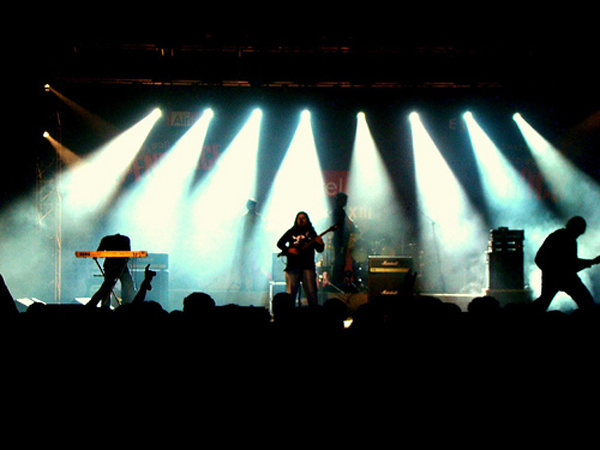 1. Sarcofago – Brazil
This old school band combines raw thrash and BM elements with angry lyrics in praise of Satan. Like Venom and Sodom, they were part of the first wave of black metal and influenced bands to come. Lead singer Wagner Lamounier was formerly in Sepultura.
Recommended Album: I.N.R.I. (1987)

2. Be Persecuted – China
This female-fronted band from Jiangxi deals lyrically with suicide, depression, and nihilism. Underproduced like all depressive BM, Be Persecuted is an atmospheric metal band in the vein of Xasthur or early Burzum. Unlike most atmospheric bands, they actually have three members and perform live.
Recommended Album: I.I (2007)

4. Kekal – Indonesia
Kekal started as a classic, 2nd wave styled BM band, but soon moved in a more avant-garde direction. They now combine elements of melodic, black and goth metal with their own flavor. They’ve started to incorporate jazz and blues elements, and even covered a song by A-Ha on their latest album, Audible Minority.

5. Shub Niggurath –Mexico
As the name alludes, Shub Niggurath produces a mystical, Lovecraftian brand of metal. Combining old school death and black influences, they’re a little bit Slayer, a lot of Absu, and a few zombies and monsters here and there. It’s a refreshing change from all the Satanic stuff out there.

Satanas Zombie from the record The Black Goatlike Arise

6. Taarma –Afghanistan
This one-man band from the Balochistan region, now living in Pakistan, produces sludgy, depressing, wall-of-sound atmospheric metal in the vein of Be Persecuted or Xasthur. Indeed, Black Emperor Jogezai is the only artist out there who has covered Xasthur’s work. Taarma’s lyrical themes include references not only to depression, but to his culture: “Kafan” (a song title) means shroud in Arabic. Taarma means darkness in the ancient Brahvi language.
Recommended Album: Remnants of a Tormenting Black Shadow (2007)

8. Inquisition –Colombia
Inquisition is one of those bands between genres. Starting out with a thrashy, raw black metal sound and an extremely anti-Christian attitude, they have since added progressive and experimental elements to their sound. Inquisition no longer resides in the developing world: its members have since moved to Washington State, joining the USBM community there.

9. Demonic Resurrection – India
Demonic Resurrection is one of India’s most popular blackened death metal bands, having opened for international acts like Opeth. They combine keyboard-driven virtuosity with slightly Satanic, but not over the top lyrics. Technical and melodic without losing the blackened feel, this Bombay-based band is certainly one to watch in the next few years.
Recommended Album: A Darkness Descends (2005)

10. Darkestrah – Kyrgyzstan
Darkestrah is melodic and epic, yet dark, underproduced, and atmospheric. This female-fronted pagan metal band has lyrics about shamanism and the Silk Road

, as well as a song simply titled “Shaitan Akbar!” (“Lord Satan!”). The members of Darkestrah now reside in Germany, but continue to use include traditional instruments and overtone singing in their work.

COMMUNITY CONNECTION:
Thinking about attending a music festival at home or abroad? Check out our recommendations about how to prepare for a summer music festival here.