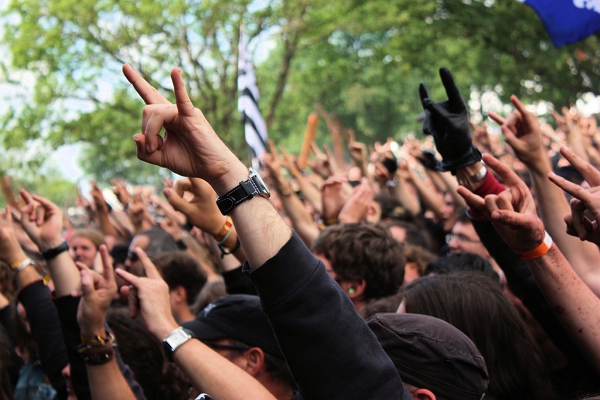 Throw the goat at Hellfest. Photo by Stéfan. Feature of Tuska Festival by Visit Finland.

Here are ten metal festivals that feature death metal along with the classic bands at each one, and my recommended tracks to get a flavor of each.

I WAS INTRODUCED to death metal flipping though a magazine in 1998. In a piece about guilty pleasures from a decade before was Napalm Death‘s second album, From Enslavement To Obliteration. The vocals were described as sounding like a guy vomiting repeatedly.

Fascinated, I checked them out. Death metal is now one of my favorite genres with fast tempos, extensive vamping, and vocals that are more instrument than lyrics.

Headlined by Norway black metal legends Immortal, the event’s named for the intense body heat generated from the hundreds of people who pack the small venues. Wednesday starts out with “Club Day.”

Concerts are held in seven clubs, with the most impressive line up (and certain to be the most crowded) featuring Rotten Sound. The next three days the bands are split between a 1350 capacity music hall and 400 capacity club.

When: April 29-30
Where: Tilburg, Netherlands

For only two days, Deathfest packs an impressive amount of notable bands (16 by my count, butyour mileage may vary). About 10 miles from the Belgian border, Tilburg is a half hour drive through the Dutch countryside from Eindhoven. The venue is a five minute walk from the train station. 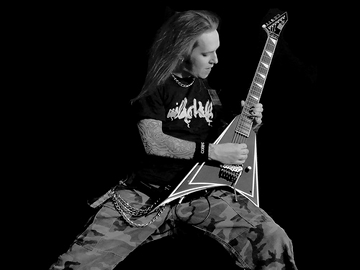 Alexis Laiho, Children of Bodom at Hellfest 2007.
Photo by clayboy85

The Rock Hard tent has Death, Black and Grind. The Terrorizer tent features an eclectic mix ranging from The Black Dahlia Murder to The Melvins.

The first significant death metal festival in Germany this summer is in Hohe Mark Naturpark, 20 miles from Holland. This open air festival claims to be “The Most Brutal Festival in Europe.” This is debatable, but they are correct about it being “100% Death”: all 29 bands that have been confirmed are death, brutal death, deathgrind and/or technical death.

When: July 7-9
Where: Trutnov, Czech Republic

Border regions are popular with festivals, especially in the Schengen Area where people can travel between countries without passports. This allows for people from many countries to enjoy the provincial countryside where people can be loud and urinate in public.

10 miles south of the Polish border, the small Czech town of Trutnov hosts a mix of bands that are very difficult for many people to listen to, though the 5000+ festival goers love it. The “Freak Friendly Extreme Musick Open Air Festival” features mostly grind. 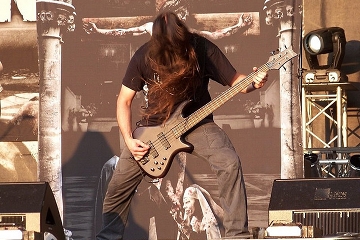 Legion of the Damned at Metal Camp, Slovenia in 2009.
Photo by berr.e

East of Italy in the Slovenian Littoral, the week-long Metal Camp will “only” sell 12,000 tickets (the population of Tolmin could roughly double).

The closest thing metal has to Burning Man, prepare to rough it for a week as you listen to a wide variety of metal from classic heavy bands formed four decades ago (Accept), to avant-garde black (Vulture Industries).

For those who are camping averse, do a homestay in Tolmin or in one of the other hamlets along the Soca River.

Even in the hottest month of the year, Helsinki has an average high of 70 degrees Fahrenheit. For those who aren’t fond of the cold, it’s the best time of the year to visit. Tuska is held at a century-old power plant. Suvilahti power plant opened in 1909 and operated until 1976. Instead of demolishing the place entirely, the Finns transformed it into an art space featuring a 24-hour graffiti wall. 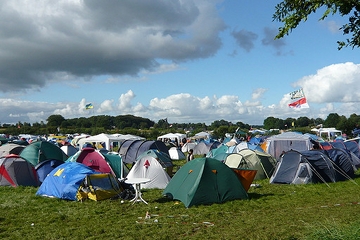 When: August 4-6
Where: Wacken, Germany

W:O:A has been going strong for more than two decades. It’s held near the small town of Wacken in Germany’s northernmost state and features a wide variety of music from old (Ozzy Osbourne, Judas Priest) to black (Mayhem, Hellsaw, Cradle of Filth), power (Blind Guardian, Primal Fear, Rhapsody of Fire) to metalcore (As I Lay Dying, Heaven Shall Burn, The Haunted).

This year is officially sold out for the sixth year in a row, so prepare for next year or try your luck with the ticket exchange.

When: August 11-13
Where: Jaromer, Czech Republic

Brutal Assault is held a few miles west of the Polish border in Kralovehradecky Kraj. The 18th century defense complex was built to defend against Prussia and is located in the town of Jaromer. Motörhead, headed by rock icon Lemmy Killmister, will be headlining this year’s event. E-tickets are available at a discount until April 30.

When: August 18-20
Where: Dinkelsbühl, Germany

The words “rural Bavaria” don’t usually conjure up images of metal bands, and the name of the festival may be misleading. For one weekend in August in the small town of Dinkelsbuhl (an hour outside of Nuremberg), the population grows from around 11,000 to around 50,000 for the Summer Breeze festival. Death, metalcore, hardcore, thrash and black are represented.

Check out more music festivals at our Music Festivals Focus page. If you’re a newbie, a must-read is 12 Tips for Surviving Your First European Heavy Metal Festival.

Tagged
Travel Helsinki, Finland Oslo, Norway
What did you think of this story?
Meh
Good
Awesome

6 reasons Helsinki is the ultimate community

10 emotional stages you pass through when you visit Oslo