01:00 May 5, 2020
Top Countries
Top CitiesView All Destinations
Trending Countries
Trending Cities
Load More
Every summer, metalheads from across the globe pack up their favourite black t-shirts and make a pilgrimage to Europe, the holy land of heavy metal.

Festivals like Wacken and Hellfest increase in popularity every year, with this year’s Wacken festival selling out six months in advance.

The increasing fanbase and skyrocketing festival numbers prove heavy metal really is the beast that cannot die. If you’re a metalhead losing your festival virginity, then heed these 12 survival tips from seasoned festival goers: 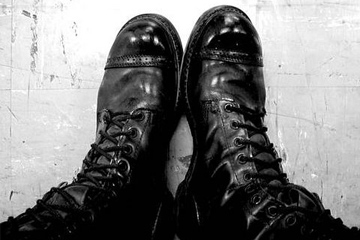 Metal festivals are not the occasion for your beach flip-flops or strappy heels. Expect to be stomped on by angry Germans– you need to stomp right back.

Use the pay showers. 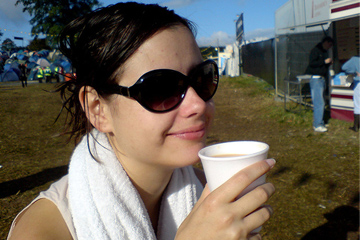 Most festival campsites provide port-a-loos and free shower facilities, which quickly become cesspools of the worst kind of human filth. Pay showers cost anything from 50c to 2 Euros, but they’re definitely worth the investment. Alternatively, don’t shower at all. Trust me, no one will notice.

Mark your campsite with a flag or banner. 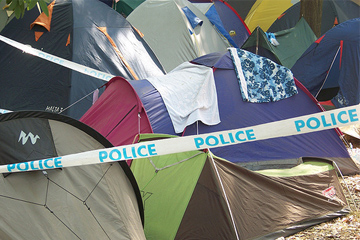 Several thousand identical dome tents spread out across a field means one wrong turn and you’re lost for hours. Each year we paint a unique festival banner to mark our campsite. Drape it over our tent or jam it in the campervan window, and voila! Banners incite discussion and/or criticism from your camping neighbours… and on hot days, they serve as excellent makeshift loincloths. 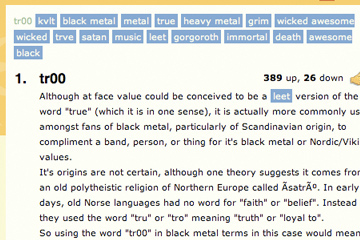 Metalheads invent their own slang words. Nothing is ever ‘cool’; it’s ‘kreig‘ or ‘kvlt‘ or ‘nekro’. If a metal band is particularly admired, they’re considered ‘tr00‘ or ‘epic’ or even ‘epically brutal.’ And whenever you greet someone you must – and this is very important – string together an impressive set of adjectives: ‘Most grymm and metal hails to you!’ 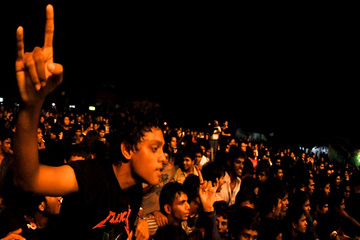 If conversation fails you, throw the goat. Throwing the goat involves folding down your middle two fingers and thumb down and letting your pinkie and index finger form the grymm goat horns. The goat is the universal sign of the metalhead. Use it incorrectly at your peril.

Arrange meeting places for your friends. 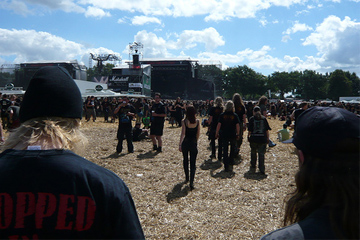 Finding your buddies at a metal festival isn’t as simple as scanning the crowd for that one long-haired dude wearing a black t-shirt.

Arranging a central meeting place and time means no one gets locked out of the campervan because you got separated in the mosh pit. And please make your meeting place more specific than ‘by the beer tent’ because there are usually 10,000 metalheads hanging out by the beer tent waiting for their friends. 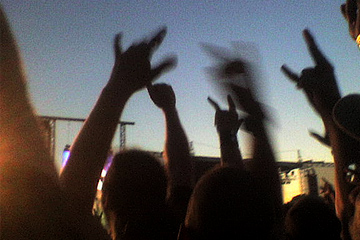 People drink beer at metal festivals. A LOT of beer. And metalheads are friendly drunks. It never occurs to them that the person sleeping in the nearby tent might not actually want to join their late-night metal karaoke sing-a-long. Be prepared with a stern voice and a steel-cap boot to discourage unwanted late night visitors. 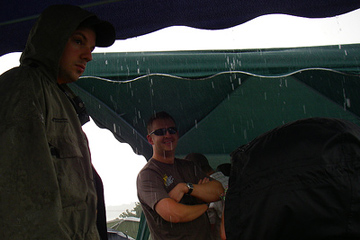 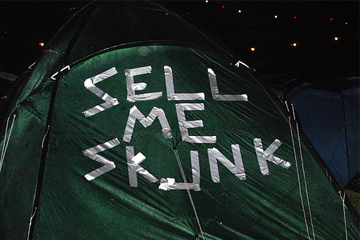 I don’t know why, but camping metalheads cannot hold on to their tent pegs. Usually, they’ll borrow yours. Last festival, we went through 15 tent pegs on a two-person tent. 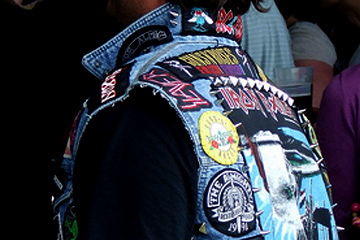 Metalheads pay almost as much attention to their clothing as runway models. If you wear a t-shirt displaying the logo of a false-metal or non-metal band, you will be the laughing stock of the entire festival (I’ve seen it happen; it’s not pretty). If you don’t know which bands are considered false-metal, you probably shouldn’t be attending a European metal-fest.

Play it safe with old classics like Iron Maiden, Blind Guardian and Judas Priest, or opt for underground bands with unreadable logos. No Emo t-shirts.

Lift crowd surfers with your legs, not your back. 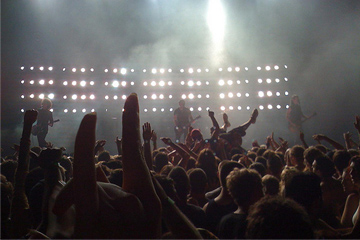 If your idea of dancing consists of elbowing your way to the front of the pit and throwing your innocent body into the mash of headbangers, you’ll be broken and bruised by the end of the festival. Minimize your discomfort by looking after your back.

We’re all metalheads here (Don’t be a dickhead).

You’re at the festival to enjoy the music and make new friends. So is everyone else.

Don’t be the person who spoils the concert for someone else. Consider your neighbours in the campground. Don’t host a banjo sing-along at four in the morning or decide to burn plastic drinking-horns on your campfire (they stink). If you see someone fall over in the mosh pit, pick them up again. Shout your new friends a beer. Hug strangers.

If you join the festival with the right attitude, you’ll come away with the most grymm experiences and the kreigest new friends!