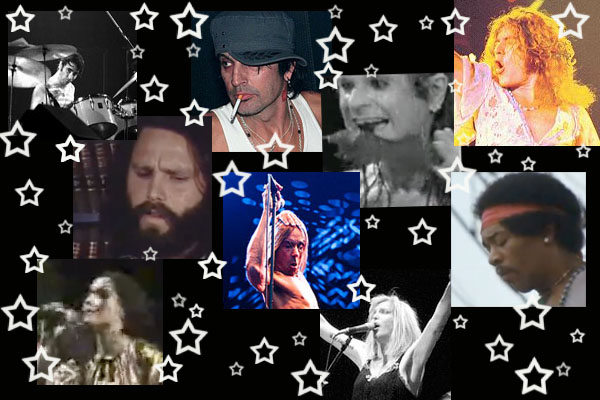 Since Dionysus, music and musicians have been linked with wild behavior. Whether for a cause or conspicuously without reason, here are ten noteworthy incidents of musicians behaving strangely.

Jim Morrison Starts A Riot – Or Tries To

Morrison often showed up for recording sessions drunk and was frequently late for his live shows, but it was his attempt to incite a riot at Miami’s Dinner Key Auditorium in 1969 for which he will mostly be remembered as a hell raiser. That, and waving his genitals around on stage, an act that he was arrested for three days later.

Miami officials in the aftermath of Morrison’s attempt to incite a riot and Morrison on nudity and kids who didn’t go to the concert:

Talking of genitals, Jimi Hendrix once had his penis encased in alabaster by groupie/artist Cynthia Albritton. More memorably he once burned his guitar on-stage at Monterey and destroyed the American national anthem live at Woodstock as a potent statement against the Vietnam war.

The Star Spangled Banner as performed by Hendrix: 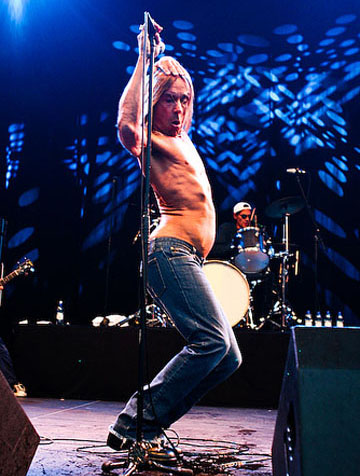 Still crazy after all these years: losol

Having invented the stage-dive, Iggy Pop’s stage antics went on to include rolling around in broken glass, exposing himself Morrison-style and vomiting on stage.

One of his most memorable japes was baiting a local motorbike gang called the Scorpions by calling them a bunch of pussies on radio before a show – they turned up at the gig, where he continued to taunt them as they turned up at the gig, bombarding him with glass, beer jugs, bottles of urine and shovels. According to Pop, he took his licks, getting punched several times, unable to hit back before soldiering on with ‘Louie Louie’. Iggy just don’t give a fuck.

Ozzy Osbourne Eats a Dove – Then a Bat

In 1981, after signing his first solo record deal, Osbourne chomped the head off a dove during a meeting with some record-company executives in Los Angeles, spitting the head out with blood still dripping from his lips. A year later he bit the head off a bat he thought was a rubber toy while performing in Des Moines, Iowa and had to be treated for rabies.

Ozzy and His Bat: 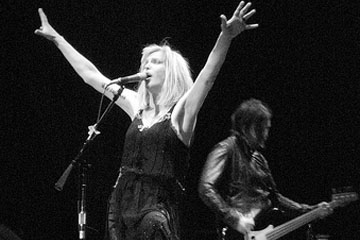 In December 2002, during an interview with British rock magazine Q, Courtney enjoyed a Brazilian bikini wax in front of several journalists, poured a bottle of champagne over her head then abandoned the photo-shoot and ran down the street completely naked. If that’s not enough for you, you can read more about her wild antics on RadarOnline.

Not exactly a stranger to controversy, the passionate Icelandic pop queen – who once went nuts on a TV reporter at an airport – managed to rile some folk with performances of her song “Declare Independence”. In Shanghai she dedicated the song to the Tibetan freedom movement and in Tokyo to the Kosovo freedom movement. A gig in Serbia was subsequently cancelled and her website is still banned in mainland China.

Led Zep have sliced hotel rooms to shreds with samurai swords, flooded them with fire hoses and the jammed toilets. 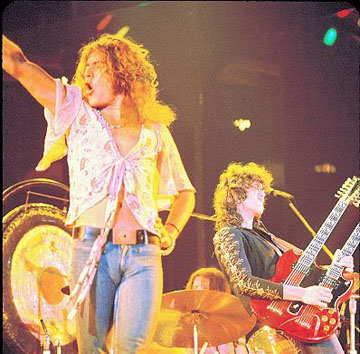 Party like a wild animal, or with some dead ones:
MIHAELA DANAILA

Their most bizarre exploit was at the Edgewater hotel on Puget Sound, where John Bonham and manager Richard Cole caught several sharks from the hotel lake and purportedly stuffed bits of them into the orifices of various groupies, though Cole takes full responsibility for this now. You can read his rationale at the Wiki page linked above.

Pete Doherty Squirts His Own Blood At Camera 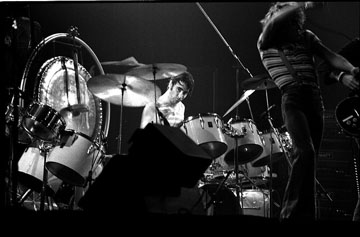 For his 21st birthday party in 1967, The Who’s drummer started a food fight that ended with his fleeing naked from the police and driving a Lincoln Continental into a hotel pool.

Fueled by jealousy he also broke his wife’s nose three times. But his most outrageous incident came in 1970 when he ‘accidentally’ ran over and killed his chauffeur, Neil Boland.

Tommy Lee And That Home Made Video 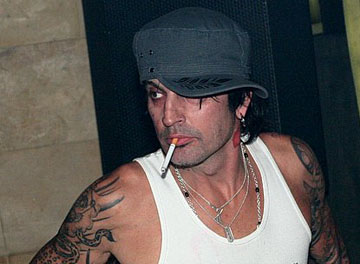 Bangs like it’s going out of style: Joel Telling, wikipedia

Want to read about more strange behavior? What about the guy that handed $83,000 out to strangers in an airport? If that’s not enough for you, we also have Diego Maradona’s Most Outrageous Antics.