LAST WEEKEND saw the release of the Shaun of the Dead dudes in the movie bar crawl to end all bar crawls. The World’s End concerns a group of grown-up high school buddies who try to recreate an epic crawl from their glory days, before their night takes a weird, sci-fi turn when they discover their hometown pals are all blue goo-filled robots. Yep, that old story.

Since you can’t go on their pub route, we decided to give you the next best thing with a rundown of the wildest bar crawls in the US and abroad. What they lack in goo they make up for in hearses and Snuggies. 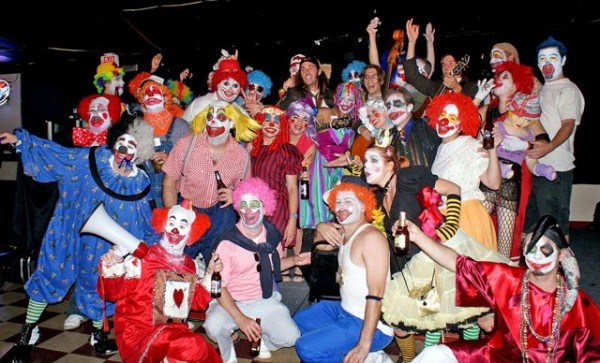 Feeding off ale and your deepest fears, this particular group of clowns was part of Austin’s Clown Crawl, a once-annual event that seems to have gone belly up since 2010. But don’t get comfortable: Charlotte just wrapped its fourth Evil Clown Bar Crawl, meaning the tradition of drunk Its wandering the streets is far from dead. Make sure your bartender is armed with a stash of cream pies in case these painted revelers overtake your favorite dive next. 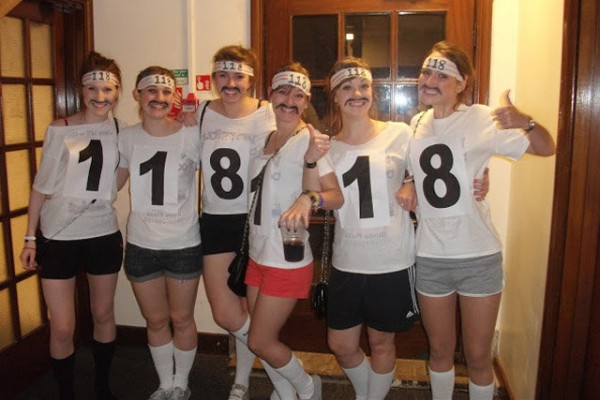 Allegedly a tradition started by ’20s baller Sir Jesse Boot, the Seven-Legged Pub Crawl goes down in Nottingham each fall. College kids dress up in weird, themed outfits, and then shackle themselves to six of their friends, with Friend #7 serving as drinks runner. As you can imagine, this crawl is also Nottingham cab drivers’ favorite day of the year. 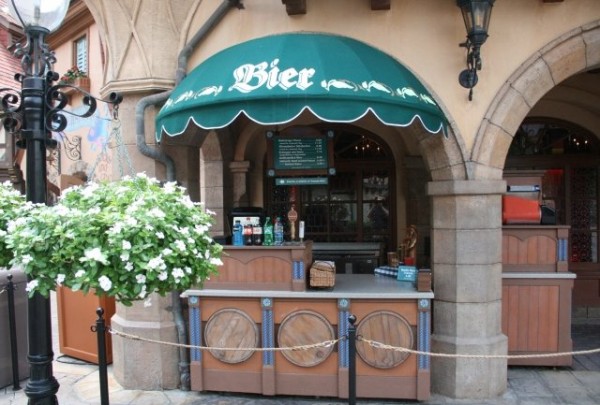 The Happiest Place on Earth for kids is often The Most Aggravating Place on Earth for adults, but stressed ‘rents can take the edge off through a tour of Epcot’s international drinking holes. Notable spots on the crawl include Mexico’s La Cava del Tequila (margaritas!), Germany’s Bier Stand (pilsner!), Italy’s Enoteca Castello (wine!), and Canada’s Le Cellier (Torontopolitans!). 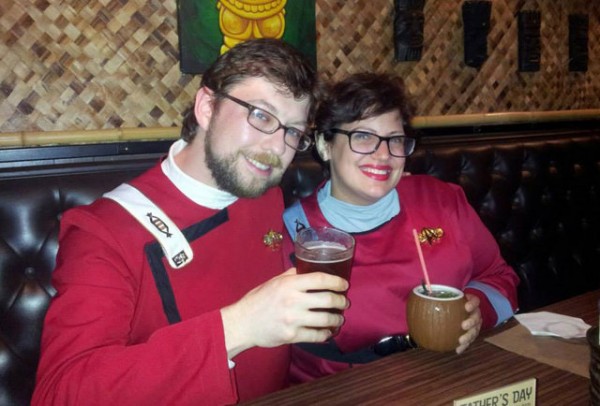 Billing itself as “an annual gathering of the intersection between Trekkies and alcoholics,” the Star Trek Bar Crawl just completed its second annual run in Minneapolis. This couple even got engaged at the end of the night, proving something good can come of drinking all day, MOM. 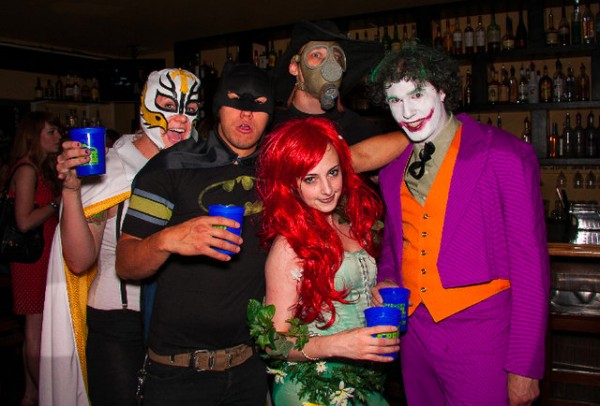 Unsurprisingly, this is one booze journey that’s overtaken a lot of cities. Portland has a big one, San Diego’s participated, Atlanta gets down with caped crusaders…the list goes on. But Reno boldly claims the first AND best superhero crawl in the nation, so let’s talk about them. Fork over $5, and you’ll get your commemorative cup and map, which holds up to 25 crime-ridden spots. There are specials, there are costume contests, but most importantly, there are tipsy Quail Mans.

Haunted pub crawls are one thing, but haunted pub crawls that drive you around in a hearse? Well, that’s just evil genius. Along with its teetotaler ghost tours, GhoSt Augustine offers a Pub Hearse Ride that takes you to three Casper-friendly bars, as well as creepy cemeteries and lighthouses. You can bring along a cooler of your own, ahem, spirits (WE REGRET NOTHING) for the three-hour ride, which is likely to make those blotches on the ghost meter even freakier. 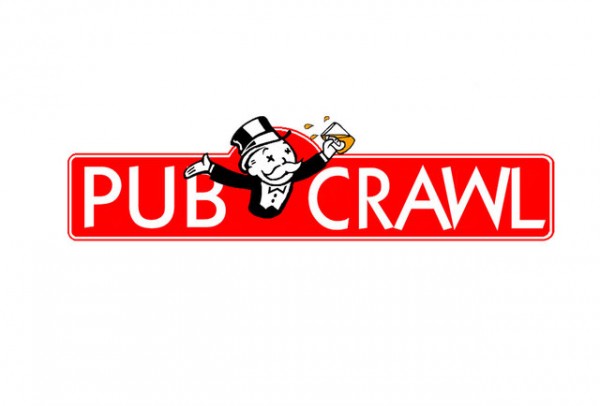 Because that damn Pennsylvania Railroad is always breaking down before Marvin Gardens, this crawl isn’t feasible in the US. But it’s alive and thriving in London, where the tiles are a little more adjacent. The crawl ditches stuff like the Electric Company and Water Works, but incorporates all 26 stations / streets on the UK Monopoly board. Things kick off at Old Kent Rd and end at Oxford St, leaving plenty of time in between for you to win second prize in a beauty contest or go to jail. 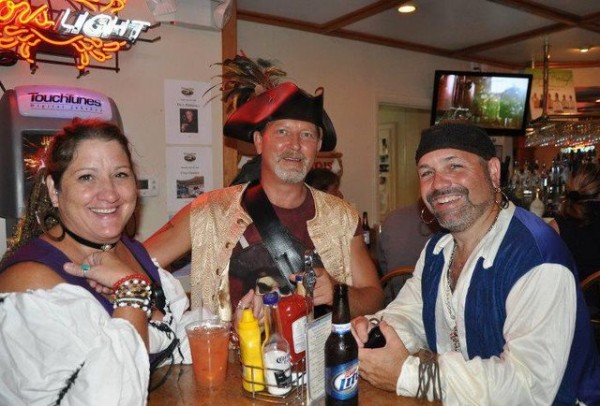 Maryland’s Susquehanna Museum at the Lock House just staged its second annual Pirate Pub Crawl, which is a part of their larger Pirate Fest Weekend. We weren’t there, so we can’t say for sure, but we’d imagine there were a lot of ill-advised “arrrrgh” puns. 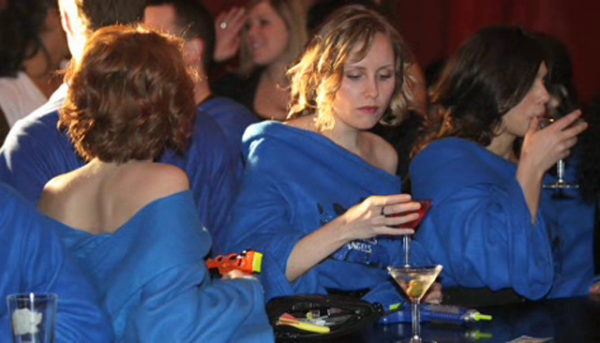 You wouldn’t think Snuggie enthusiasts took their drinks outside the living room, but America had a legitimate craze on its hands when Snuggie bar crawls invaded our major cities in 2009 and 2010. Things started to slow down in ’11 and ’12, and now the As Seen on TV crowd has seemingly retreated to their natural habitats for 2013. But you can keep your eyes peeled for the next blanket bar party via this insanely lengthy Snuggie pub crawl site. 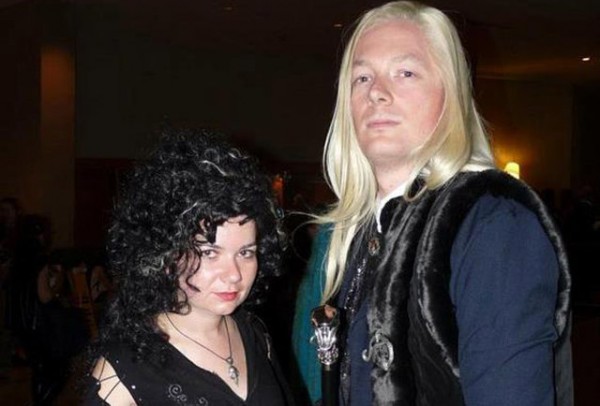 Philly’s Chestnut Hill neighborhood has been transforming itself into Diagon Alley for the past three years as part of its “Harry Potter Festival,” which also includes a Quidditch tournament. But even if running around on non-magical broomsticks isn’t your scene, there is a pub crawl involved, and it includes characters like these guys, who’re probably awesome darts partners. 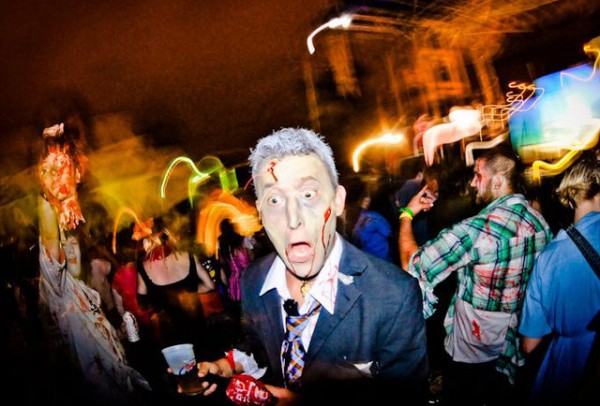 As with the superheroes, this crawl boasts several locations, but one of the biggest goes down in Minneapolis. The extravaganza packs hordes of the undead in for a night of live music and copious drink specials — and get your finest fake blood ready, ’cause this year’s edition hasn’t even happened yet. 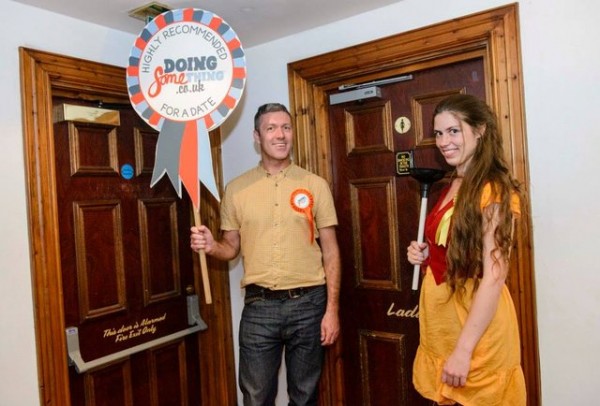 This post was written by Kristin Hunt and originally appeared at Thrillist, a Matador syndication partner.