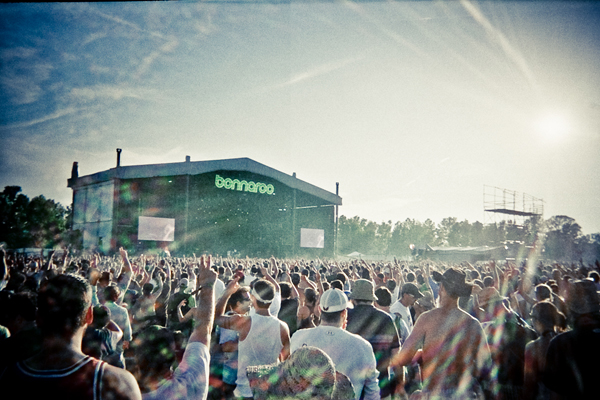 Photo from Bonnaroo: the camera is a toy.

While many consider The UK and Europe to be the heavyweights of the festival circuit, America is quickly coming into its own with events like the sweet sixteen we present here.

Noise Pop’s curators have impeccable taste, making it one of the unassuming and cool music festivals in America. The festival eschews the typical Big Honking Stage In A Field mentality and books bands into many of SF’s venues, spreading the love around the city. Indie rock fans will fare well here, with 2009 performers including Antony and the Johnsons, Deerhunter, St. Vincent and Bob Mould. Feb/March

It’s the music festival where you’ll have six beers by 5pm and be blind drunk by midnight. You’ll make plans to see twelve ten bands in one night but you’ll be lucky to get into two venues, even if you have the almighty wristband. That’s fine, if you know where the secret Vice party is later on. March. 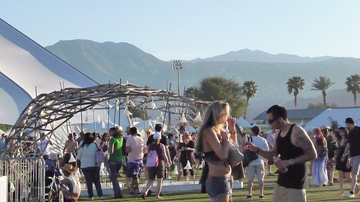 The mother of all US festivals runs April 16-18 in 2010, with rumors flying about performances by Faith No More, Beastie Boys and Soundgarden. Confirmations so far include Devo, Phoenix and Muse. April

A ridiculously hip lineup at America’s most dumbfounding venue. Pavement, who have confirmed as part of their reunion tour, will surely take center stage as the sun sets over The Gorge. May

The festival that should be sponsored by Aquanet, Rocklahoma features metal, metal and metal. Year one was more about the hair metal scene but last year saw growth in the heavier sector, with the addition of non-pussy bands like Overkill, Metal Church and Anthrax (OK, Anthrax are kinda pussies). Those craving 80’s anthems will find their way here, with past performers including Night Ranger, Ratt, Twisted Sister and Great White. May 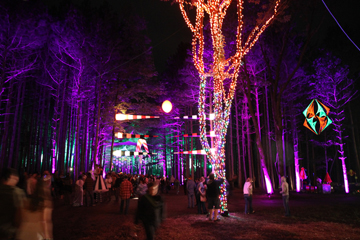 Tickets for the 2010 show are already on sale but the lineup is still under wraps. This is one festival that does it all, covering indie rock, world music, hip hop, jazz, americana, bluegrass, country music, folk, gospel, reggae and electronica. June

Now just three years young, All Points is the East Coast’s answer to Coachella. Last year’s lineup included Jay Z, Vampire Weekend, Fleet Foxes, Tool and Coldplay. Beastie Boys seem to be a sure bet for next year’s lineup, having bowed out of 2008. July.

More fun than you can shake a stick at, this new festival takes place at The Holiday Inn just down the road from Wet N’ Wild. That might not sound like a hoot until you read about some of the bands who play this dorkfest, which includes some of the biggest names in….Nerdcore. Last year’s show was the first time that the four major players in this scene (MC Frontalot, MC Lars, mc chris, YTCracker ) all performed at the same event. 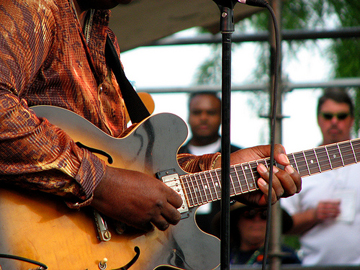 Perhaps only the music festival that could get away with headliners like Built To Spill and Spoon, this festival is driven by America’s indie rock barometer, Pitchfork Media. July. 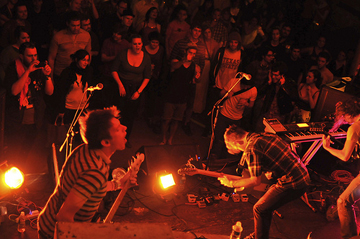 Lollapalooza is revived and alive after becoming a yearly installation in beautiful Grant Park. Tickets are already sold out for the early-bird special, even though the only band confirmed so far is Phoenix. Highlights last year included Depeche Mode, The Killers, Jane’s Addiction, Ben Harper and Animal Collective. August 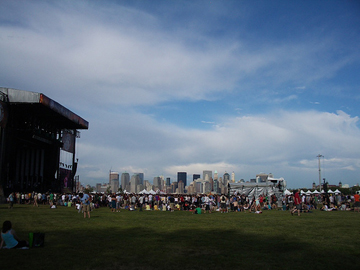 Photo from All Points West: chrisq38

Launched only in 2008, this festival is off to a cracking start. Golden Gate park is the backdrop for an excellent mix of artists, from big names (Pearl Jam, Wilco, Tom Petty) to many of peoples’ “favorite band that nobody else loves like I do” (Calexico, John Vanderslice, Portugal The Man). August

Bumbershoot is a one of America’s most beloved rock music festivals, going strong since 1971. The event, which takes place at Seattle Center, has survived just about every musical trend from disco to grunge. September

We named it the last great music festival of 2009, with an eclectic range of 2009 performances including Flaming Lips, Justice, Eminem, Ween and Meat Puppets. We eagerly anticipate the 2010 lineup. October

Be sure to catch our guide for how to prepare for a summer music festival. If you’re planning on wearing black and blue then you might also check out our 12 tips for surviving your first European heavy metal festival.