Canada by way of Colombia
This 24-year-old mother of one from Barranquilla, Colombia has built a music career as a Canadian expat. She’s in school to become an art curator, and in a recent interview I did with her she told me that she sees colors when she hears music.

As a kid on the Atlantic coast, Lido was an outcast. She listened to Belle and Sebastian and sat in the back of the class at an expensive private school. On one occasion, the school administrators rounded her up, along with the other “freaks” and asked them if they had connections to devil worship. The kids were in sixth grade.

“What?” she yelled to me across the phone line we were talking on, recalling the experience as an adult.

It’s safe to say most people aren’t familiar with the kinds of music Lido and other indie–inspired Colombians are making — perhaps even in Colombia.

Lido began sending music she’d recorded in the North country back to her friends in Colombia, and one day Carlos Reyes, a Latin alternative blogger, picked it up and put it on the Fonogramaticos Compilation. Things, she says, “snowballed” from there. Now Lido has collaborated with huge acts all over Latin America, like Chile’s Javiera Mena and New York City DJ Geko Jones. She’ll be appearing on an upcoming album with Hector Buitrago, the frontman of Aterciopelados. The album is called ConHector2.

I’ve included my pick off her last EP, Color. The song is called “Buena Persona” and is sung from the point of view of a poor person who’s been told that her poverty makes her subhuman. The song is also a dig at gated churches in Colombia where parishioners are exclusively wealthy. Lido, by the way, calls the Internet her religion. 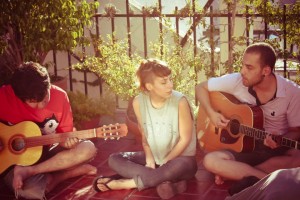 Their name translates to Mateo from the Moon, in earthling company. They say that they play “home-made music from the galaxy,” but their lyrics and execution represent those decidedly quotidian moments when you realize that the end of a relationship is imminent and unavoidable.

I like to listen to Rye Rye and host dance parties as much as the next person, but I have deep huecos (holes) in my soul that need to be filled. Music like this: sad, slow and deliberate, nurtures me. This is music for pining in Argentine Spanish.

California by way of Argentina
I went through something a lot of post-travel Americans do: I moved home from abroad and like so many nomads and immigrants, and was hungry for something that would remind me of places I’d left behind. Discovering Juana Molina was one of my first forays into Latin alternative music. The album sounded not unlike something in my prized CD collection I’ve had since high school, but something was profoundly different. 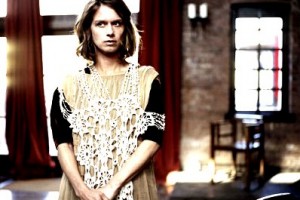 Here’s what I love about Molina’s music: it’s not so much that it captures a sense of place as much as it speaks to the essence of traveling. The weird sense of time, suspension of disbelief, trust in strangers, bizarre food eaten at even weirder times: all of this comes across in her trippy but exquisitely executed songs.

I saw her in concert during a snowy DC March. The next day, I wrote down a quotation in my journal:

Reality is not always probable, or likely.- Jorge Luis Borges

As I watched her perform and speak to the crowd in sarcastic English I thought of all the South American hippie culture I had experienced: massage therapists living in the desert, new age rastas who gave reike classes. Argentina was Colombian ex-pats selling jewelry they made in the jungle, artisans who lived in the forest and sold their wares at the local market, a British man who prepared Belgian waffles and sold them at festivals with dulce de leche on top.

Experiencing Juana Molina thousands of miles away from the home of so many of my own revelations reminded me of the first time I read about surrealism for my high school art history class. Immediately afterwards reality took on an odd quality and I felt uncomfortable and wanted to run away. But I’m older now, and I’m inspired and maybe even a little comforted by the haunting loops in her music, which she arranges on top of soothing pop melodies.

Girl In A Coma

San Antonio, Texas
This Chicana punk trio (Nina Diaz, Phanie Diaz, and Jenn Alva) is releasing their new album, Exits & All The Rest, on November 1st of this year. GIAC formed when two of the bandmates, Phanie Diaz and Jenn Alva, were in high school, and lead singer Nina Diaz was just 12 years old. 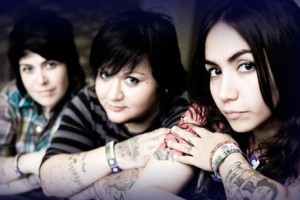 Girl in a Coma

Starting a band as an adolescent is probably one of the most terrifying adventures I can think of, but when it succeeds it’s the stuff of myths. And maybe that’s why this band rocks so hard, because they made it through some of the roughest years of their lives, all the while writing and performing rock music, together.

Formed over a mutual love of The Smiths and cutting class, according to the band’s website, there’s a lot in their sound — at times desperate, and times deafening in a way that reminds me of latter-day Sleater-Kinney — that I can get behind.

Speaking of Sleater-Kinney…. Initially this list was going to be a “5 great Latin bands to check out right now,” and it still basically is. But let’s be real. My musical taste doesn’t really recognize borders, nationalities, and ethnicities. I care about what moves me, and to quote an old Sleater-Kinney lyric, “sit down, honey,” because this introspective, post-recession record will get under your skin.

The Corin Tucker Band (Corin Tucker, Sara Lund, Seth Lorinczi) is too good not to mention. And many indie music writers have been doing just that – not mentioning them – I think largely because Corin Tucker’s former bandmates from Sleater-Kinney formed a punk rock super group called WILD FLAG over a year ago. 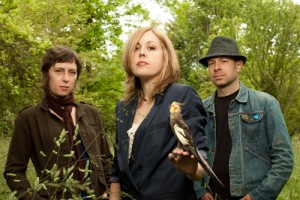 Don’t get me wrong, I was one of the first people to buy tickets to see Carrie Brownstein and Janet Weiss’s new band. But hello? Is anyone listening? Corin Tucker released an amazing and completely underrated record (1,000 Years) back in October of last year, and it still rules.

As someone who works mostly freelance and teaches at night to pay the bills, I feel like the American economic recession is in my bones. I get it. I applied for my first jobs while everyone on the street was ending every sentence with, “…you know, with the economy the way it is.”

Yeah, well, what 1,000 Years says to me is that the economy can suck, and people can still live their lives. They can tell the true stories about “late-made dinner” and “thrift store coats.” And we can make and listen to angry, soulful music about what is now a human reality.