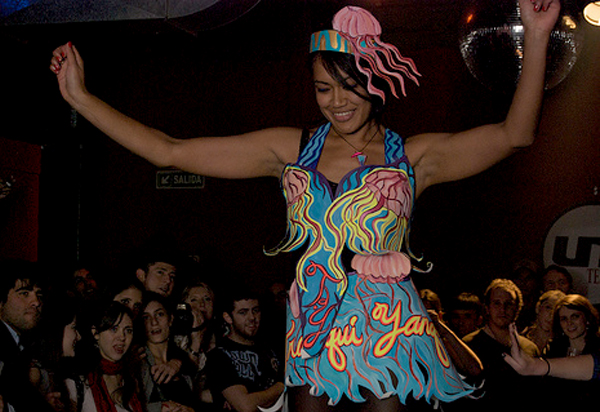 Photo from a fashion show at a one off party: blmurch

Whether you’re just visiting or looking to make Buenos Aires your home, you’ll be spending time in a city with a worldwide reputation for its nightlife. 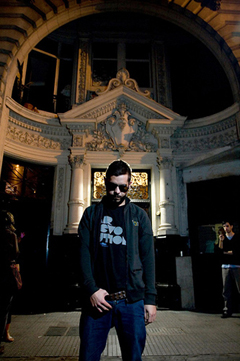 MUCH OF WHAT you hear is true. Even seasoned night owls will be tested. When the sun’s rising but your porteño friends are hailing a taxi to get to yet another after-party, you might start to wonder what you’ve gotten yourself into.

In a city with so many creative and talented people planning parties, whatever your Lonely Planet recommends is most likely going to be out of date long before your plane touches down. So what’s the best way to get to know your clubbing options?

To do it right, you’ve got to keep on moving which means you won’t be staying in the same club all night long. Once you start making connections, you’ll start finding out about DJ nights and free parties to sprinkle in between those mentioned here.

Free is a big deal. How else could you possibly survive financially when the weekend begins on Tuesday?

Start by having a drink in a low key spot like one of Microcentro’s regal dueling former mansions, Le Bar and Milion. Milion is older and classier, but you’re more likely to be asked, “Do you tango?” by a blonde lady from New York if you go there.

Le Bar is really cool for something that sounds like a failed idea at spicing up the Chevette. It’s given up its walls to local graffiti artists and has a spot where you can lounge on pillows, but closes “early.” Both spots are pretty arty, and by extension, gay friendly. If you want to have a drink somewhere that’s self-described as “hetero-friendly,” then head over to the Axel Hotel, where there’s a pool, occasional DJs and art series, and a lot of hot guys. 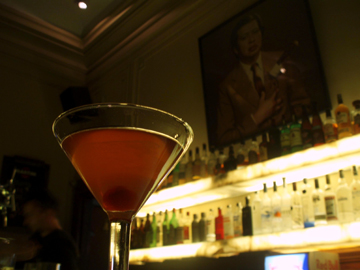 Photo in Milion courtesy of the author

From 3 until 6, the most fun thing to do is find and attend special parties. Once the gloss has worn off the best haunts Palermo has to offer, you can start digging underground.

Whether it’s Vice taking over a football club with A-Trak and some garage band from Montreal or a bunch of BA artists and DJs enacting an epic night of debauchery as part of the latest Trashmission or War Club party, these are usually the most fun, and also an exception to the rule of “don’t stay in one place all night long.”

As for traditional clubs, for the latest hipster take on cumbia, I recommend checking out Thursday night’s Zizek at least once. The reason I’m far from the only one recommending it is that it’s awesome. 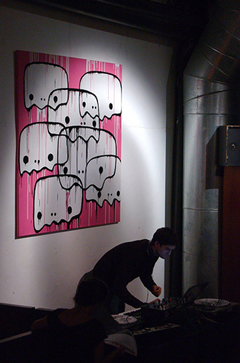 I was lucky enough to be there for local group Tremor’s record release party, which meant neon graphics made in real-time by VJs while cumbia beats were mashed up with hip-hop hits from the States. All this went down before Tremor took the stage and did a live mix of M.I.A.’s “Boys” with huge drums.

It’s a pricey night for “underground” standards, but get on the list by sending an email and show up before 2am. Voila! Free.

Free is a big deal. How else could you possibly survive financially when the weekend begins on Tuesday?

Another weekly event worth checking out is Club Namunkura, a Saturday-only party run by fabulous drag queens.

Resident DJ Towa Hot recently made headlines when she played the Four Seasons private party for Madonna’s new boyfriend, Jesus. The photos were all over the tabloids and may have given 15 minutes of fame to some of Namunkura’s classiest and most creative. Namunkura deserves its own attention for its well-executed themes, impeccable style, and a chance to hear forgotten 90s classics mixed in with above-average disco and house.

A noteworthy addendum for between 3 and 6 if you’re looking for a more typical electronic night, is to head to Levitar, where everyone I know who adores minimal or lived in Berlin goes religiously. 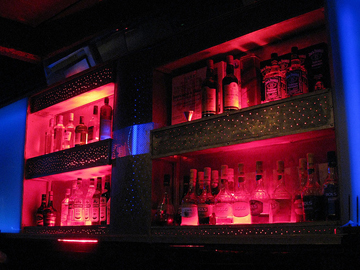 Not to be confused with an erectile dysfunction drug by nearly the same name, Levitar skirts the city’s no-smoking rule by having half the bar technically located outside in an open-air courtyard – charming and a godsend in the summer, not so great in the winter.

Early Morning and After Parties

Around 6 or 7, the after-hours have officially begun. Congratulations! You’re not done yet. If you’re not heading to someone’s private party, you’re probably going to Miloca in Palermo, where you can literally watch the sun rise while dancing on their patio. It’s regal, decadent, and definitely not something I recommend trying to pull off every night.

If you want to flee Palermo, head to Cocoliche, a massive dance space with laser lights designed to keep the attention of even the most ADD and hallucinogen addled. You can literally keep dancing until one in the afternoon inside Cocoliche.

Now that you’re armed with the proper information, remember to get enough sleep, eat a healthy dinner, and by no means do I recommend trying to maintain this lifestyle for more than three nights a week. The folks you’re up against are serious professionals, and unless you’re ready to be nocturnal, a night of rampant Buenos Aires nightlife is best left for special occasions rather than your daily routine.

Feel like sticking to Palermo when you’re out and about in Buenos Aires? Be sure to check out Eve Hyman’s piece that tells you just where to go.

Interested in a day in the life of Matador Senior Editor in Buenos Aires? Check out A City de Mierda y Capos.

Maybe you want to temper all that partying with some volunteer work while you’re in Argentina? If so, check out this volunteer opportunity in the Matador Travel Community.