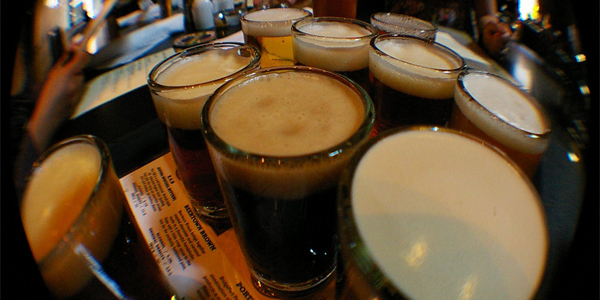 Feature photo by Ben Cox and Jamie Kent. Photo above by Guanatos Gwyn.

So you’re sick of Busch Light and PBR? Looking for a more satisfying beer? Guess what – you’re not alone. More and more young people are ditching the national heavyweights for better tasting craft brews.

Lucky for us, we don’t have to look hard for a better beer. Thousands of microbreweries are popping up across the nation and, chances are, there’s one in your own backyard.

Leaving beer-flavored water behind can be a little intimidating at first, like saying goodbye to those incoherent college days. But fear not – there’s an endless array of awesomeness that awaits you. No one has ever regretted the decision to drink quality beer.

Like you, we were thirsty for something different, and so we hit the road in search of the best beer in America.

Beer Quest 2008 was a crazy adventure that took us through about 30 breweries in 30 states. Although we’ve come home tired and broke, we’ve gained two valuable lessons about traveling and beer:

Lesson #1:
People are great, and most will offer inside info to road trippers. Play your traveling cards right and you’ll inevitably meet some amazing folks with great insights on the local scene.

Lesson #2:
There’s good beer everywhere. Just hit the bars with a touch of curiosity and enjoy the local microbrews on tap. You won’t know what you like until you try it. 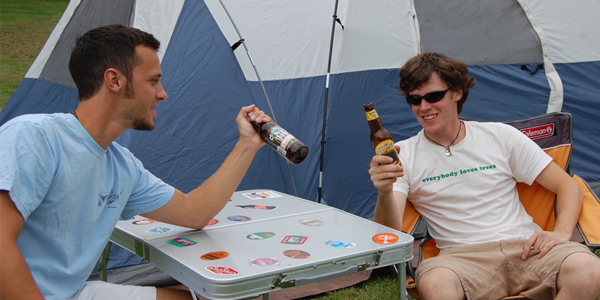 Sampling over 200 microbrews was hard work, but we’re proud of the fruit of our labor. Beer Report 2008 not only lists the best brews in the country, but also the best breweries and brewpubs to visit.

All beer starts with four ingredients: water, yeast, hops, and malted barley (i.e. sugar). The yeast eats the sugar, creating alcohol. Hops are added for flavor and the water holds it all together. Pretty simple, right?

Well, the Great American Beer Festival (GABF) gives awards for 75 different categories of beer, so there’s plenty of room for creativity. 75 categories intimidates the hell out of us, so we decided to make things simpler and base our rankings on 11 general categories:

4. Wheat -same as above, but filtered.

5. Fruit Beer – any type of beer with fruit added to the mix.

6. India Pale Ale (IPA) – a super hoppy beer with a fruity taste and a bitter finish.

10. Miscellaneous – when brewers have the chance to get creative, there’s a lot they can pull off.

11. Only on tap – brews you can only find on tap at local brewpubs across the country. They can easily surpass the offerings of larger breweries, but you have to know where to find them (that’s where we come in).

Each of these categories brings a unique brew to the table. If you’re just getting into microbrews, we suggest starting with the light choices and working your way toward the dark side, just like Anakin Skywalker. 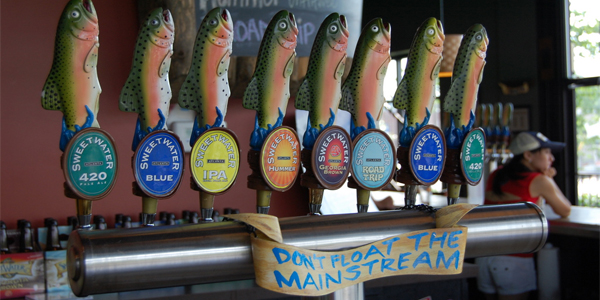 90 Minute IPA – Dogfish Head Brewing Co. (Milton, DE): A hopheads heaven. This beer will kick your ass if you’re not ready for it.

Hazelnut Brown – Rogue Ales (Newport, OR): Flavor that dances in your mouth, reminiscent of your morning coffee with a toasty body to back it up.

Double Bag Ale – Long Trail Brewing Co. (Bridgewater Corners, VT): The smoothest beer with over 7% alcohol that we have ever tried. 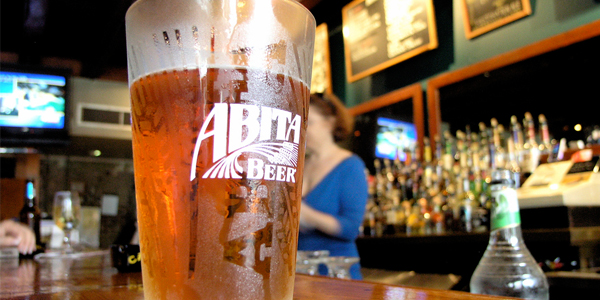 All breweries were ranked based on overall quality, variety, availability, environment, social impact, creativity, and, well, our humble opinion. Based on these factors, five microbreweries surpassed the rest. Drum roll please…

Topping just about every one of our ranking categories, it is an honor to award Flying Dog with the Summer Brew Tour’s number one brewery ranking. Their list of great beers spans everything from an In Heat Wheat to the Gonzo Porter, giving them a well-rounded and practically unbeatable lineup.

The fine folks at Flying Dog also let us sample beer out of their 300 barrel fermentation tanks. By the way, did we mention all of their artwork is done by gonzo artist Ralph Steadman?

The variety and availability of this brewery are amazing for a midsized micro (at least 30 different beers in all 50 states!). If you’re into the darker stuff, Rogue Ales can’t be beat. If not, give their Red IPA or Chipotle Ale a try. If you’re not part of the Rogue Nation yet, join the revolution.

This Burlington-based brewery offers a fantastic artillery of beer, particularly for those hot summer days. Their unfiltered and unfettered Circus Boy is one of the top three Hefeweizens we’ve come across, and their flagship #9 is the best Apricot Ale we’ve ever tried. Not to mention, their recently expanded facilities in Vermont include a new taproom with 48 tap lines for the ultimate touring experience.

Coined “The most environmentally friendly brewery in the world,” New Belgium not only sets the bar with their sustainability efforts, but they also offer a great lineup of brews. Their Mighty Arrow is the best West coast-style Pale Ale we’ve tried, and their flagship Fat Tire Amber Ale just hit the canning line. If that’s not enough, their taproom is open every day!

This large micro is a Portland staple and most commonly known for its flagship Hefeweizen, which you can find just about anywhere in the country. Little do most know, the rest of their beer is just as good. The Drop Top Amber is unbeatable and the Broken Halo IPA is one of the top three West coast-style pales we’ve come across.

Keep an eye out for these guys – after a recent merger with Red Hook, we have a feeling you’ll be seeing a lot more of them in your local liquor store. 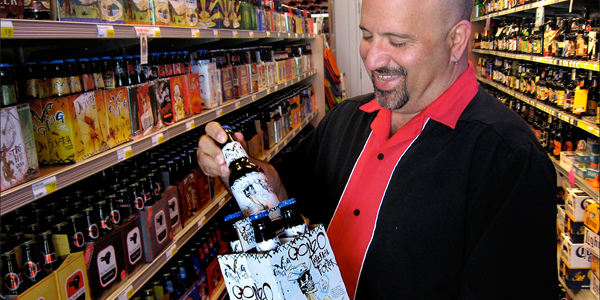 All of the brewpubs we visited were ranked based on the quality and variety of beers on tap, the food they served, and the overall atmosphere of the establishment. We highly recommend checking out these places.

CapCity’s unique lineup of quality brews is what propelled it past all other brewpubs in our journey. Its three locations in the D.C. area offer a great escape from the city and a hearty menu complements all the beers on tap. We’re sure there’s a brew and a meal here for everyone in your dinner party. Try the Tart Cherry Ale, a favorite of ours and something you won’t find anywhere else.

The Mountain Sun has more beers on tap than any brewpub we’ve come across. Teamed with a cozy environment and an interesting crowd of diehard beer lovers, you’re sure to have a good time. Give the F.Y.IPA or the Pearl St. Porter a try.

Thirsty Bear sets itself apart from the rest with an impressive tapas menu that leaves more room for the good stuff. Snack away as you sip on their nitro infused Meyer ESB, unquestionably the best we’ve come across.

Should you ever find yourself in The Big Easy, take a break from Bourbon Street debauchery and stumble over to Decatur, where Crescent City is waiting to introduce you to some quality German-style brews and classic local cuisine. Don’t miss the baked oysters and the Pilsner, both the best of this tour.

Located in the heart of Old Town, River City needs to be part of anyone’s trip to Wichita. They’ve got more seasonal brews than any brewpub out there, stretching the boundaries of traditional styles. You’ll leave wholly satisfied, most likely in a cab.