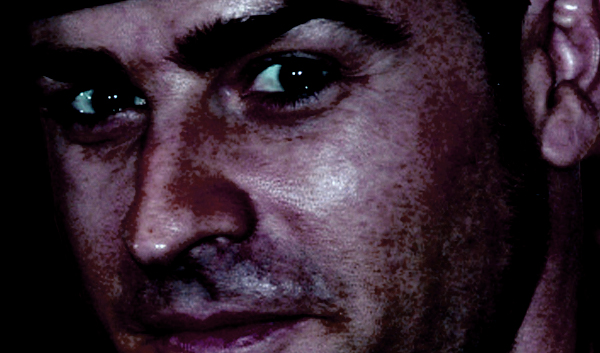 It was the summer of 2004 in New York City. I was in Washington Square Park and so was he – Justin Theroux, that is; the ultra-talented yet under-the-radar character actor I’d had a terrible crush on ever since I saw his portrayal of a Northern Irish mobster in Charlie’s Angels: Full Throttle.*

Justin Theroux played the director in Mulholland Drive. He played cuckolded Joe on Season Three of Six Feet Under. He was the Evil DJ in Zoolander. A brilliant actor, and not bad on the eyes, either.

*No judging; it was the in-flight movie on my way to London.

I’d just moved to Greenwich Village – dazed and grateful after finding a rent stabilized apartment on the east side of the park. I worked nights then, and was secretly thrilled to discover that Justin Theroux lived in the area when my walks home coincided with him taking his dogs out for a moonlight whiz in the Washington Square dog run. After I’d run into him a few times, he began to nod my way when he saw me. I’d casually nod back.

‘Sup, Justin. You were totally awesome as the cowboy douche in “Romy and Michelle’s High School Reunion.”

Except I never said a word. Why would I? We were strangers, and I was a supposedly jaded New Yorker. I’d seen dozens of celebrities, even if, admittedly, none I admired so much and definitely none who recognized me. Nodding at Justin on my way home from work was a nice cap to the day.

One night, I crossed the park and glanced over at the dog run – I didn’t see Justin. But the run was otherwise full of dogs scampering after each other and fetching twigs. I stood in front of the run for a few seconds, watching two Jack Russell Terriers play. And, sure, I suppose I thought it would have been cool if Justin had showed up. Or Janeane Garofalo for that matter – I often saw her walking her dogs in the neighborhood, too. 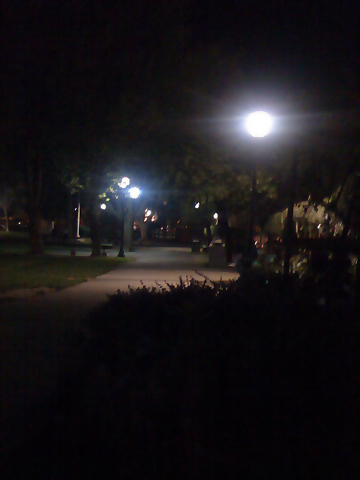 Now, the Washington Square Park dog run is surrounded by a chain link fence. That fence is surrounded by shrubs. Since it was dark, I was bending forward, close to the shrubs, to see what was happening in the run.

I heard a soft cough and looked up. It was Justin Theroux, staring right at me from inside the dog run.

“Hey,” he said. Where had he been this whole time – hidden behind a pillar? If it hadn’t been dark, I’m sure he would have seen me turn bright red as I continued to peer through the bushes.

What must he think? Well, I had been hoping he’d show up, hadn’t I? What did that make me, anyway?

Mortified – that’s what. My heart was pounding. My palms were slick with sweat.

I said, “Dogs are fun to watch at night.”

If he was puzzled, he didn’t show it. I nodded at him curtly and scurried away. After that, I started taking the long way home from work, skirting the fringes of the park.

Matador Nights wants your Brush With Fame story, too. Or if you just want to read more, you can read the whole series in our archives.

Find out what else, besides appearing to stalk celebrities, is not a good idea in The Big Apple on MatadorTrips’ What NOT to Do in New York City. And if that’s not enough New York for you, check out MatadorNetwork’s New York Focus Page for food, fun and more.