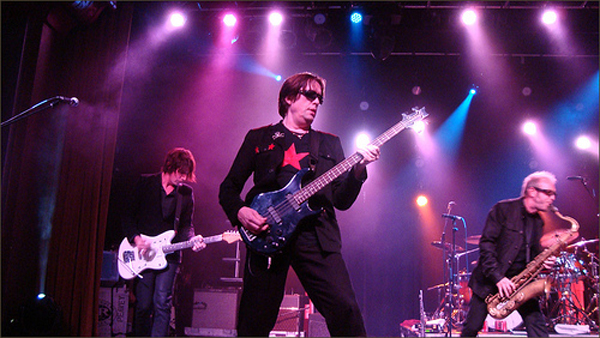 No good can come of the celebrity encounter. It is destined to be an exercise in humiliation, regret, missed-opportunity, and self-loathing. This is my experience, anyway.

FLIP THE CALENDAR back to 1996, when I was given the reward of driving in Al Gore’s motorcade for the hard work I had recently put in in helping Bill Clinton win a second term. Knowing I’d have the privilege of the customary photo-op, I sat up the evening before, handcrafting the saddest little Gore2000 button you ever saw. The look on his face spoke volumes of embarrassment, not for him, but for me.

The look on his face spoke volumes of embarrassment, not for him, but for me.

Years later, I stood outside the stage door to the Palace Theatre in Louisville, Kentucky, waiting for John Prine to emerge. I was holding 25 plus records and a Sharpie, tears pouring down my face. He signed them, reassuring me, “It will be okay, kid.”

The weekend before last, lesson not learned, imagine my excitement as I discovered that Tim Butler of the Psychedelic Furs had somehow found his way to the most unlikely of parties on a farm, deep in the backwoods of Central Kentucky.

I had been circling him, waiting for my moment, plotting and planning, listening to his conversation for the better part of a half hour. I should have known how it disastrously it would end, but I had convinced myself that this time, unlike the other times, I’d be able to muster the grace and wit needed to charm him into, well, liking me, as sad as that sounds.

Deluding myself that I had surely composed the perfect ice-breaking line, a line so clever it had to be my ticket into the closed environs of the celebrity, I approached, visions of backstage bacchanals and red-carpet premieres dancing through my star-struck head.

“Um, when I woke up this morning, the last thing I thought I’d be doing today was meeting the bass player from the Psychedelic Furs at a farm cookout in South-Central Kentucky! What the fuck are you doing here?” 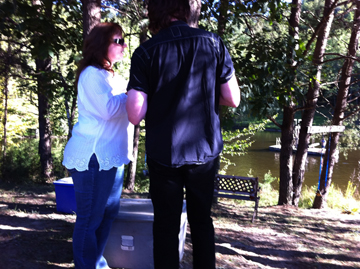 Surreptitious photo of shame of Tim Butler and his wife: Author

Oh, yes. I’d insulted his adopted home, my home state, and the event we were both invited to, all in one flaming, tire-squealing, car crash of a FML, mouth-meets-foot moment.

No parties, no backstage passes, no free tickets to shows. No new, fabulous friends or weekend invites to exotic locales. No nothing but years of regret and replay, late night quiet time thoughts of missed chances, and a door open between our worlds welded shut once again, forever.

Three awkward and silent minutes later, I slinked-away, back to my smirking wife, who didn’t need to ask. My inflamed cheeks told her all she needed to know.

Got your own Brush With Fame to share? Find out how to prove Edward Neary’s humiliation is a drop in the bucket or that a celebrity encounter doesn’t always have to be something you’ll regret from that day forward by submitting your own story today.

And if you’re not quite in BFE, find out about Urban Volunteering in Louisville, Kentucky on MatadorChange.