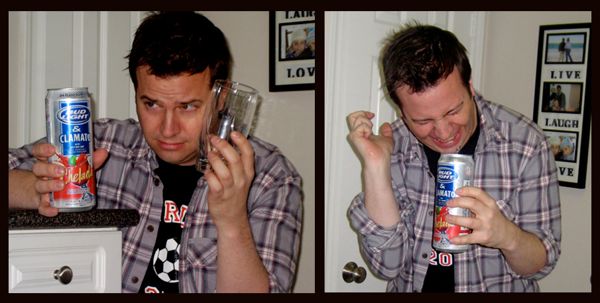 All photos courtesy of the author’s sister.

Here at Nights we’re perpetually obsessed with oddball concoctions and suspicious beverages. Until now, the only thing that had really given my taste buds a run for their money was Scotland’s ultra-popular (and strangely marketed) soda Irn-Bru.

It was with this sense of discovery that I decided to buy a can of Budweiser’s West Coast sensation, a concoction made from beer and Clamato juice. I’d been seeing it in stores since I returned to America this month and was completely puzzled by its seeming success.

Let’s get this right out of the way: The Chelada is by far the most sensationally disgusting drink I have ever had. The aftertaste hung with me for about an hour and its red, runny texture has me fighting back a gag as I type this. My sister tried a sip and backed me up by making a face as if she’d just eaten a pound of goat cheese and pig intestines. 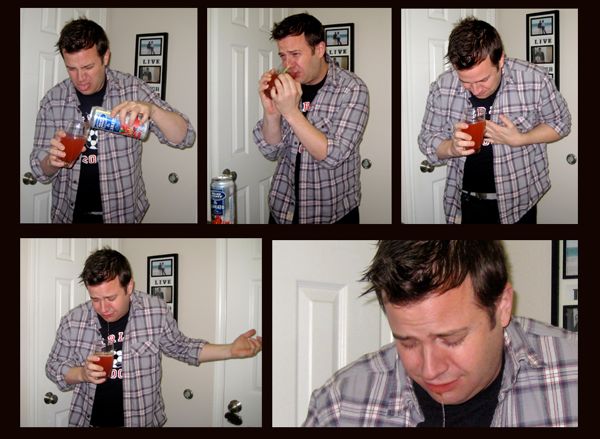 Budweiser has, in this case, mixed Clamato with their patented brew to create this evil can of whoopass. Just really think about it – beer mixed with mollusks. The Chelada’s can even offers a warning, “Contains: Shellfish/Clams”.

I opened the brew and immediately became suspicious of the catsup and beer smell that eminated as the tab popped. It hardly smelled what Budweiser describes, “refreshing” with “spices and a hint of lime”. I smelled Prego tomato sauce, oregano and beer. 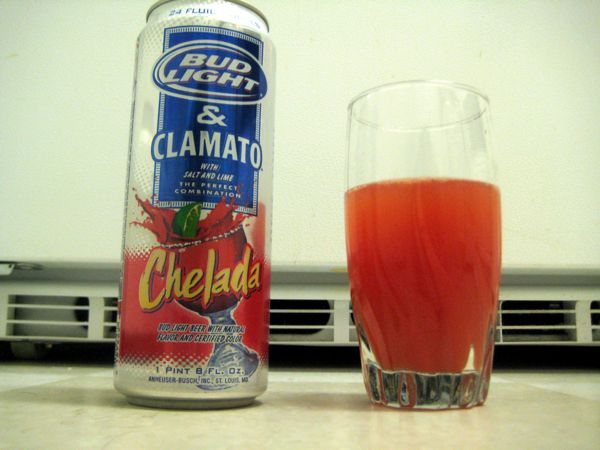 The actual downing of the beverage was a comic affair in which I successfully gulped two sips, then relented. I just couldn’t get any more down. Perhaps someone, somewhere loves this drink. I just couldn’t stomach it.

While I can’t endorse this particular beverage, I’d highly recommend that you try it yourself, if for no other reason than to acknowledge that a concept like this could be put into the marketplace. If you’re hungry, Budweiser also recommends that it “pairs well with ceviche, chicken, enchiladas and tamales.”

Airplane etiquette you’re probably breaking, according to a flight attendant