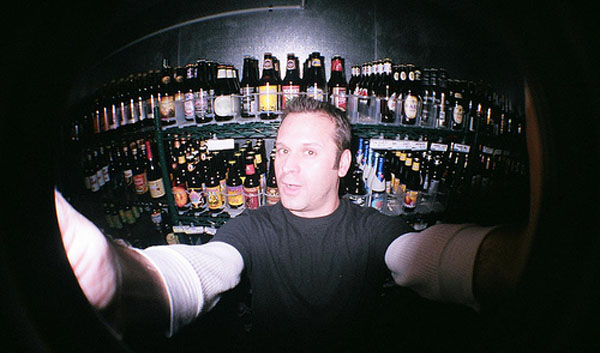 It’s no secret I love my beer, and selecting an imperfect beverage is detrimental to a great night out. At least until you’re too drunk to care what you’re drinking.

But sometimes inspiration is needed, a new brand uncovered or an old brand not yet discovered. What flavors go with certain foods? What factors cause the greatest hangovers? Which brands have the highest alcohol content?

While it took me years of professional college boozing to learn the tips and tricks of the trade, there are some people who can school you on beer and save you the trouble of 5 p.m. hangovers before they happen.

Gerard Walen combines his love for road trips and beer to bring you all the latest news, festivals and everything else beer related.

Four funny dudes blogging and Tweeting about pubs and beer-related fun. One of their blog entries is titled, “LT gets tasered in Arizona for putting a White Castle Candle on a plane to Russia.” Their bio reads, “All we need is a pitcher of cold beer, and the world’s problems. Give us a few minutes, and problem solved!” Can’t argue with that.

A Canadian beer fanatic, Stephen Rich does it all: beer menu design, beer bartender, beer tasting events, and and more.

The Beer Runner is, “Someone equally devoted to fine beer appreciation and an active, healthy lifestyle.” It’s true, just check out the ”Beer Running and Biking Round-up.”

Greg and Rich are the Beer Snob and the Beer Slob. They film their reviews of beer from around the world, and have fun in the process.

Ashley V. Routson is a “[p]rofessional beer writer, craft beer evangelist, foodie, wino, social media addict.” For the Wench, beer is her hobby, lifestyle and career. She’s so hardcore, she chews on dried hop leaves instead of gum. 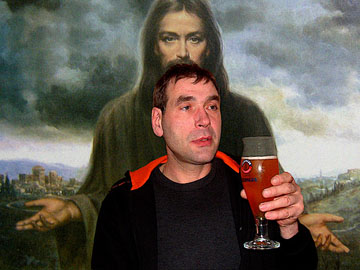 James Marks and P.J. Bumstad are two Columbus-based beer geeks drinking their way through the city.

Matt Simpson offers education in beer, whether it’s just for fun, or for those who really take their brews seriously.

Carla (The Beer Babe) wants to know what’s in your glass. She travels all over the place visiting brew pubs, beer bars and breweries while simultaneously convincing me it’s time for a career change.

Discover how to create your very own distinct beer flavor. Just make sure you’re not a lousy brew master. Their website (BeerCrafting.com) even offers a book with more than 640 beer recipes – my favorite kind of cookbook.

OK, though technically not a beer Tweeter, Modern Drunkard Magazine has hilarious booze-culture content and Twitter updates. For example: “Nothing like a tall rickety ego to lift you above that ever-rising river of Impending Doom. That and a half dozen bourbons.”

Did we miss anyone? Share your favorite beer Tweeters in the comments below.

Are you a glutton for punishment and a beer lover? Hal Amen is conducting the most torturous American Beer Experiment ever in a nationwide blind taste test. Get on over to Introducing Matador’s ‘Best Worst Beer Experiment’ and give us your input for the US’ worst beers.