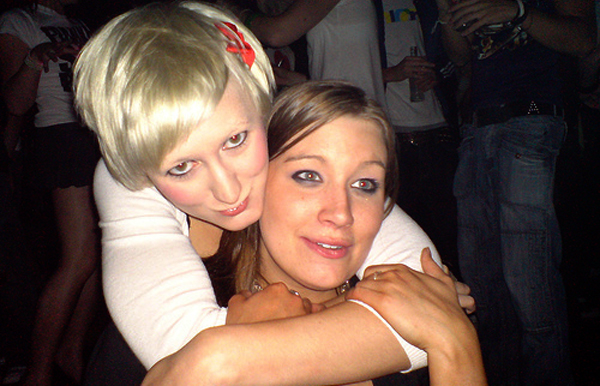 It’s Sherwood Forest and Robin Hood, a university town, has the most caves of any city in the country, and it’s in the heart of England. It must be Nottingham. And this historic city has a great selection of pubs and bars.

Here are five of the best:

The Trip Jerusalem, as it’s more commonly known, is popular with locals and tourists alike. Back in the day, during the Crusades, the pub was a stopping point (the word tryppe meant ‘break in a journey’) for soldiers on their way to Jerusalem. It is also, reportedly, the oldest inn in England, in operation since 1189. 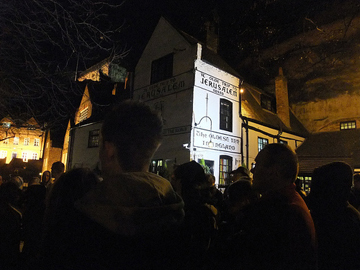 Patrons of a ghost walk outside Ye Olde Trip Jerusalem
with Nottingham castle in the upper left: Lee J Haywood

Lore abounds here, and the most popular legend is the one of the cursed galleon. The model ship is dripping with dust and cobwebs and is hundreds of years old. The last three people who tried to clean the ship all died mysteriously, so it is now kept protected in a glass case.

The galleon now hangs above the second floor bar in the Rock Lounge and there is also a ground floor bar and patio. Along with cursed ships and ghost stories, and the old wooden pregnancy chair (if a woman sits there, she’s purported to soon get pregnant), the pub also has a wide selection of ales and lagers including the Olde Trip Ale, a decent selection of wines and cocktails and some delicious pub grub.

Dating back to at least 1437, the Bell Inn has wood paneling and a warm, inviting atmosphere. 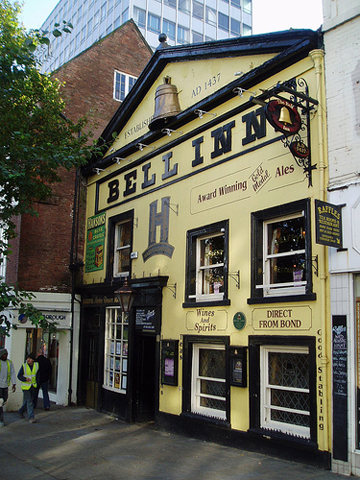 Originally a refectory (monastic dining house) of the Carmelite Monastery, with the dissolution of the monasteries, it became a pub. The name came from the bell that once hung outside. And like so many buildings in Nottingham, this one is also on top of caves; tours are available on Tuesday and Thursday evenings.

The pub used to be men only, but in 1969 it was opened to women. There is a large bar at the back while seating upstairs in the Belfry is a bit more upscale. It’s a family-run pub with a wide selection of cask ales.

Renovated and enjoying a revival, The Ropewalk Pub in (as you would guess) the Ropewalk area of Nottingham is a great place to relax, play board games, check your email via the free wi-fi, people watch, and revel in the casual, local pub feel. 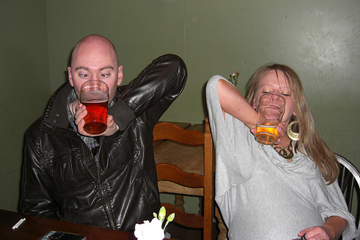 They have a great variety of beer from Budvar to Sierra Nevada to Peroni to Fruli & Mort Subite.

Popular with students and business people, this is another bar with some theme nights. Monday is open mic night, and on Wednesdays, bottles of wine are on special with every bottle available for £10. Stop by for a great Sunday roast at lunch: choose from pork, beef, chicken or nut roast from between £7.50 and £8.50. Then stay to enjoy the pub quiz night on Sunday night; it is £1 to enter and a £30 tab paid at the bar if you win.

The House of Coco Tang

It’s easy to see why Coco Tang was named the winner of Nottingham’s best bar in 2010. Situated in Nottingham’s Lace Market district, this (literally) underground spot was only opened in 2008. 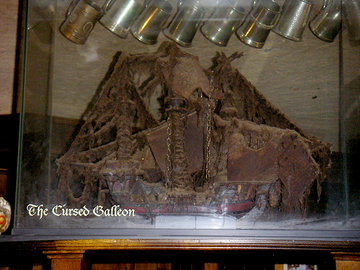 A red lantern signals the entrance down a narrow hallway into a collection of rooms with a speakeasy, retro vibe. There are two bars and a large dance floor, and it’s a hidden staircase in the back that guides you to the secret rooftop patio. The clientele is definitely there to see and be seen: very trendy, a bit indie and funky, and a place to bring your A-game.

They have drinks that were inspired by fairy tales: Mad Hatter’s Tea Party anyone? Or less fairy tale inspired, but just as delicious – the Krispy Kreme cocktail. The music is house and funk, and it can get busy on the weekends, so be prepared to queue.

Housed in what was actually once a canal warehouse, the Canalhouse has a narrow bridge, boat and the canal actually runs into it, which is something I’ve never experienced in a pub before. 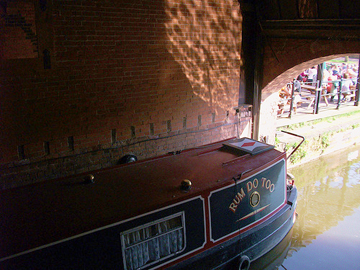 Narrowboat at the Canalhouse: ~Duncan~

Just moments away from the train station, the pub is off the beaten track of the city center. Here, you can enjoy the Castle Rock Harvest Pale Ale, other Castle Rock selections, and over 50 bottled beers.

There’s a large terrace with a view out over the canal that’s nice as long as the weather is behaving itself. Near businesses and offices, expect to see suits and business attire at lunchtime, though overall it’s a casual spot.

Planning a trip to the UK? Better pop in at Matador’s Focus Page on the UK, then!