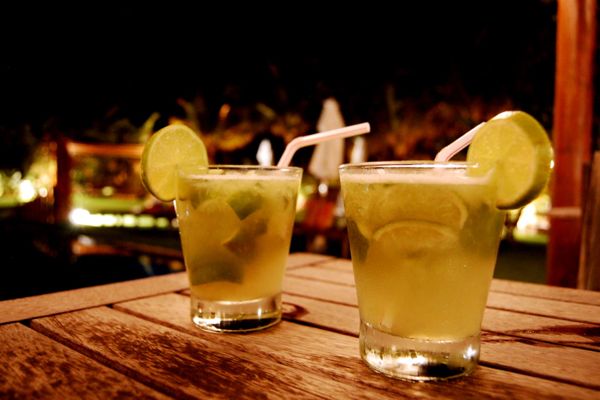 ONCE a boozy secret for South American travelers, Brazil’s potent cocktail has become “the new mojito.” Here’s how to make one in the privacy of your own home.

There are multiple variations on the Caipirinha but we’re going straight down the middle for the classic recipe. The most important thing to remember in Caipirinhaland is to search for the best ingredients – there are only three, so don’t panic.

Make sure to use fresh limes. Stay away from ones that are wrinkled and overly mushy. Also be sure to use superfine sugar because it muddles better. 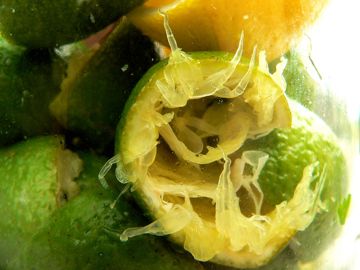 The most important ingredient is the Cachaça, a potent alcohol made from sugarcane (whereas rum is usually made from molasses). Anyone who’s had a few of these drinks will tell you the same thing – beware of overindulging, as Cachaça ranges from 75 proof and up.

To make one drink, cut the limes into 8 wedges and muddle them in a mixing glass. If you don’t have muddling tools, one end of a rolling pin will do in a pinch. Add two teaspoons of superfine sugar and pummel the whole thing some more, until the fruit is broken and the sugar has seeped into the juice.

Add ice, preferably smaller cubes, then add two ounces of Cachaça into the glass and give it a strong shake. Pour the whole thing into an old-fashioned glass.

Garnishing tip: Take one more piece of lime, give it a slice down the middle and coat it with a little bit of sugar, then chuck it on the side of the glass.

I felt safer traveling to Aruba during the pandemic than I have in the United States in months
Motels are making a huge comeback, and these are 10 of the coolest in the US
Everything Americans need to know about traveling to Mexico right now
The best stops on the Blue Ridge Parkway
Americans are rushing to buy a second passport, and here’s what it takes