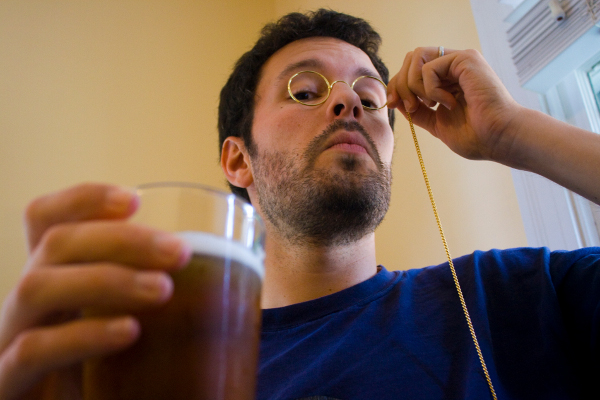 In which Matador Trips co-editor and confessed beer snob Hal Amen decides to drop the hops in a quest for the shittiest beer in America.

PEOPLE LOVE TO BITCH about American beer. Not excluding Americans. We proudly rag on the mild urine undertones of Keystone Light, the corned beef hash infusion of the Beast, and the dead-on approximation of formaldehyde that is Steel Reserve.

I’ve downed a lot of swill, but I have yet to determine the answer to what seems like a very important question: Which one is most deserving of our abuse? What is the SHITTIEST beer in America?

You probably have your opinion, but I want to get scientific. So over the next couple weeks, I and a handful of judges will be blind taste tasting 16 of the worst offenders. In the end, only the foulest will remain standing (or, warm and flat in a half-full plastic cup ditched behind the couch the night before because it was just too vile).

And to do this, we need your help. We want to hear your nominations for the “best worst beer” our nation has to offer.

I don’t want to get into the finer points of who owns what and where which is bottled. For eligibility, we’re talking classic American panther piss, mainstream enough that you can find it anywhere in the country (and especially in Austin, so I can buy it).

Got it? So let’s hear it! Leave your nomination (or five) in the comments section below.