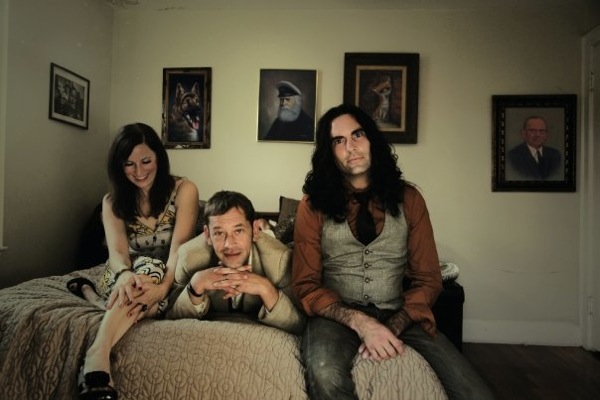 Photo by Timothy Mahoney.
Out this week, filmmaker Sally Irvine‘s documentary Days Like These follows the short-lived career of one of Indie Rock’s best kept secrets. We spoke with her about the film and the band’s history.

Rhode Island’s Scarce was shot out of a cannon in 1994 and became a band that every record label had to sign, only a few months after forming. They recorded a stellar debut and took to the road, following their seemingly pre-destined path to superstardom. The series of events that followed confounds anyone who’s ever been a fan.

You’ve talked to quite a few Scarce fans. Can you describe how people feel about the band and the music they’ve made? I would imagine it’s quite passionate.

Very. Somebody even said that seeing them again after all of these years was like a religious experience. I interviewed an assortment of people, including other musicians like Kristin Hersh (Throwing Muses) and Joe Lally (Fugazi), all of whom said amazing things.

How did you end up choosing this as a documentary subject?

I went to see them when they played a one-off show in London late last year. Joyce gave me a copy of her book and we got talking about making a feature film out of it, which was too expensive of an idea. I’m an independent filmmaker. So I suggested that we make a documentary.

I saw the band on their way up, at the CBGB’s show that landed them a deal. Do you get the impression that, at the time, they were as surprised as anyone by all of the sudden attention?

Yes. They’d only been a band for a couple of months and they recorded The Red Sessions in a week. There was this huge, fast rise to fame.

If you listen to Deadsexy now, it might seem impossible that this is a record which could have a commercial life. But if you put it in the perspective of the time it makes sense; bands like Mudhoney were in Rolling Stone, Smashing Pumpkins had taken distortion mainstream…there was a definite feeling that even if it wasn’t Deadsexy that did it, Scarce would definitely hit it on the next album. Would you agree? 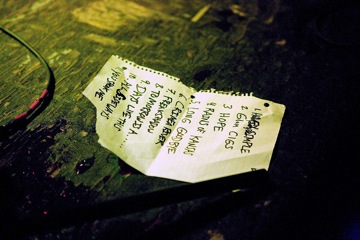 I would have thought so. Their music was a lot more thoughtful and intelligent than what some bands were chucking out. They always had something that was just a bit different. Even how they dressed – everyone else was in ripped jeans and here they were all dressed up. The album doesn’t sound at all dated now.

Then everything went wrong. For the uninitiated, can you encapsulate what happened to the band around 1995, right as they were about to click?

They got picked up by A&M, after being chased by 24 record labels. Everyone wanted to sign them. Then there was a big holdup of a year because Chick was previously signed to Sire and Sire Records sued him. They couldn’t play, they couldn’t tour – they were just left holding on for a year.

They finally settled for something like $90,000 and then their drummer left. They had to re-record the album with a new drummer. They went through about four or five drummers before Joe and the day after he started Chick had a brain hemmorage. 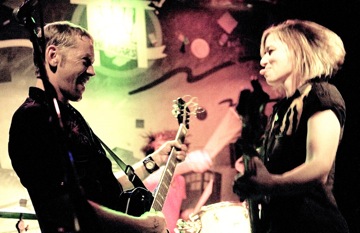 He was in hospital for two or three months. They went back on the road even though Chick wasn’t in a good place – his balance was funny and he couldn’t hear properly. They were under pressure from the label. He and Joyce ended up fighting and the band just fell apart.

I’m wondering how you approached all of this in the documentary. It’s a really sad, tragic story. Was it difficult to find some kind of inspirational arc? I mean, essentially, it’s like watching a ship sink.

I was very conscious about this and I wanted to approach it objectively. The beginning is about their rise to fame, then into all of the shit that happened to them. But I have made sure that the end is pretty positive, because they’re back and people seem to be so pleased.

What do they make of all of this?

They can’t believe the reaction they’re getting. I don’t think they planned to make a comeback. They just got back together because they like playing together. They’ve been quite astonished by the reaction they’ve gotten.

Did you talk to the band about their lives post-Scarce?

Yes. Joyce and Joe played together for a little while but that didn’t work out. Chick never stopped playing. He was playing bars in Providence and toured Europe. Joyce got married, had a family and wrote the book. When I interviewed Joe, he said that he’d had a feeling that one day they’d get back together. It took ten years.

I see that there are some shows in the UK. Can you explain how you’re rolling out the movie a bit?

We’re doing four dates in the UK. Each show is a support band who are Scarce fans, then the documentary and then Scarce will do a set. We’ll then go over to The States and do a show in New York and Providence. We’re hoping to do a much bigger US tour next year.

You’ve done a documentary on a band that’s made only one album. I’m not sure that’s ever been done before.

They may only have one album but they probably have one of the greatest stories of any band. It wasn’t just one awful thing that happened to them. It was a whole series of tragedies. But they’ve still come back fighting.

Be sure to check out Nathan Larson of A-Camp’s Five You’ve Never , in which he manages to discuss both Burt Lancaster and falafel. Also, feel free to stroll through Berlin’s Ramones Museum and check out some of the best literal videos ever made.