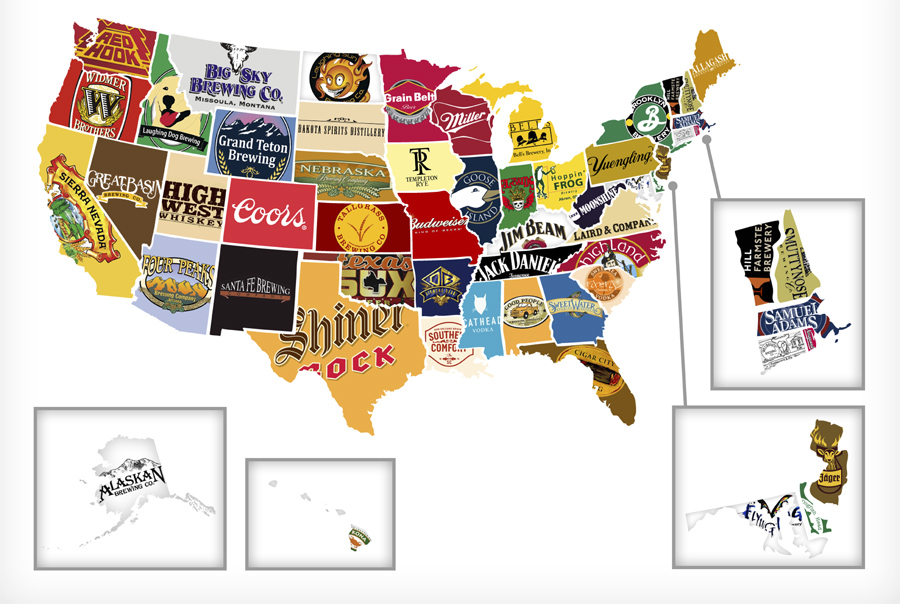 Steve Lovelace, you have inspired us, sir. To drink!

LAST MONTH, the Dallas-based writer, photographer, and artist put together the wildly buzzy Corporate States of America map, with the logo of each of state’s most notable company shoehorned in between its boundaries. We noticed that only two were alcohol outfits, which drove us to create another map plotting the biggest/most high-profile liquor or beer companies from each of the 50. We know there are at least infinity amazing craft breweries in each of these states, but this map’s about the big boys, at least when there are big boys to be noted.

Don’t agree with any of the calls? Please, let us know. And yes, turns out it’s pretty hard to visually represent Jägerbombs for New Jersey when confined by small, oddly shaped spaces.

This post was written by Ben Robinson and originally appeared under the title Red, White, and Booze: Mapping all 50 states’ most iconic beer/hooch at Thrillist, a Matador syndication partner.