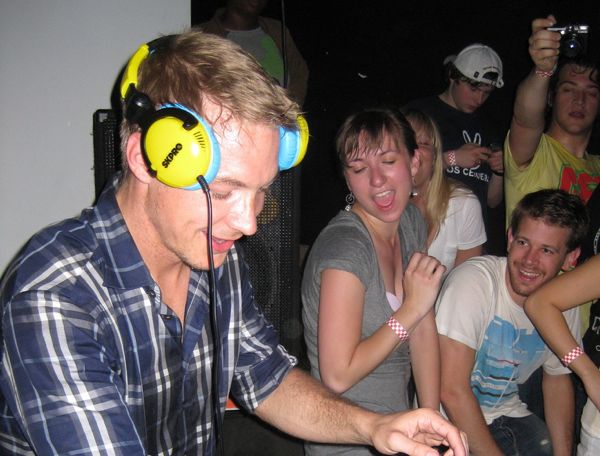 Thomas Wesley Pentz was a film student who used to skateboard, rock dread locks and work at Subway. Today he is recognized as one of digital music’s biggest pioneers. Matt Huntington takes us through his own personal Diplo journey.

Diplo, the international DJ/Producer with the moniker of a dinosaur, has a far from normal life. It didn’t take the world long to tune in to this guy from podunk, Edgewater, Florida, but for me Diplodocus’ music was a path of discovery, if you will.

The thing that really magnetized me about Arular

, M.I.A.’s first album circa 2005, was the production. The beats behind her riley, rebellious vocals kind of blew my mind. I hadn’t ever really heard anything like it and I couldn’t stop listening. I remember peoples’ reactions when I would first play it for them. Some people hated it. Most loved it.

Though Diplo only touched a few of the tracks on Arular in actuality, his involvement in that album and the Piracy Funds Terrorism mixtape was enough to start turning heads. And enough for him to get romantically involved with M.I.A. for awhile…reason #37 guys wish they had his life. 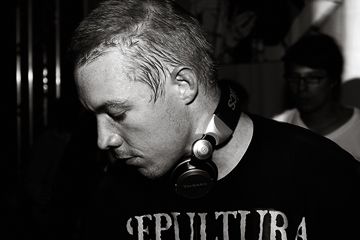 The first time I heard his tracks on Arular it was kind of like a drug. So I kept looking for more and found the solo album, Florida

, which actually came out the year before Arular. It was more intricate and focused than the favela and Miami bass inspired roller coaster tracks, and it showcased his chops. The track “Diplo Rhythm”

(with Pantera Os Danadinhos, Sandra Melody & Vybz Cartel) has his signature flare recognized by most.

Then the singles and mash ups started popping up on iTunes in 2005, but you couldn’t find them in bulk enough to be satisfied. His 2006 remix of Yeah Yeah Yeahs “Gold Lion”

was the jam of the year for all I cared. Same thing goes for “Young Folks Pussy” in 2007, though much sillier.

Made with Philly DJ and friend, Low Budget, whom he met at Temple while finishing college, it was the birth of the Hollertronix

duo. You can hear his early influences in the mix. It’s as if he made it in his basement, and it’s full of dirty south raps, a bit of dancehall and other goodness reminiscent of early 2000. 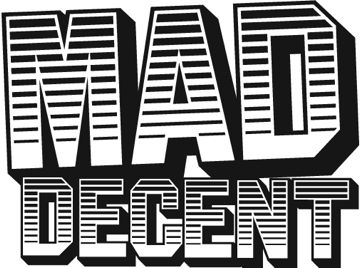 There are ten Hollertronix albums now, each with a set of outrageous mashups and featuring various DJs and associates. Hollertronix #10 is the first one to appear on iTunes. Most were strictly vinyl for a long time.

Diplo formed Mad Decent Records in 2006, and their mad decent radio mix #2 (free podcast) introduced me to Blaqstarr, New Orleans bounce, and the Baltimore club movement which has never calmed down. Now the label has a slew of unique artists signed, each from different corners of the world and putting out totally different sounds.

And though there was never a lull in his career, if it seemed there was at a time, the Pitchfork mixtape came out to hold me over in 2007. “I Like Turtles” is seventy minutes of pure joy, and the rest of the world had started to catch on at this point. In 2009 he released the aptly titled Decent Work For Decent Pay. 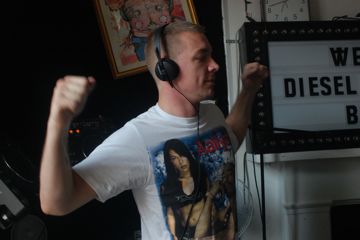 No doubt he’s killing it off of Mad Decent and his world wide DJ appearances, however. His latest venture, Major Lazer, Guns Don’t Kill People…Lazers Do

, with friend and fellow production phenom, Switch, was no minor blip on the radar. Grammy nominated, ah hem.

The vault goes deeper. 2003 and 2004, the AEIOU mixtapes one and two with Triple Double are full of obscure, dusty soul and rhythm. Of course he got the invite from Fabric Live in London and blessed their 24th release in 2005.

The Santgold Top Ranking Dub Mixtape in 2007 is one of my favorites, and currently in heavy rotation is Free Gucci: The Best of the Cold War mixtape that is full of bangers.

The point of all this is that you should open up your ears and do some digging of your own…and that Subway makes winners.

Dig deeper for music with our picks for 50 music sites that matter. Free mixes by Ghostly Music and Atlas Sound will also do you well.