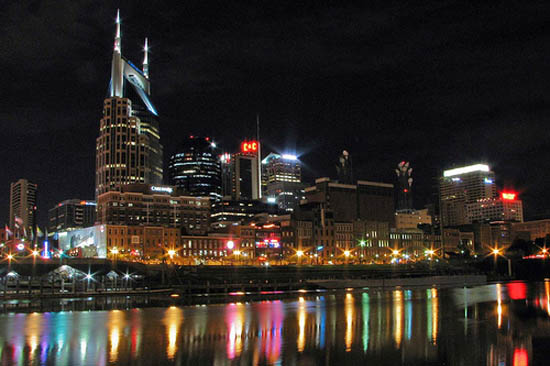 Eva Holland gives you the night tour in Nashville.

Let’s be clear: This is not a guerrilla guide to Nashville’s secret underground indie-rock haunts or its little-known hipster underbelly.

No. This is a guide to the Nashville you’ve always known existed, but probably never thought was worth visiting. It’s a Nashville full of corny cowboy merchandise, country music at full blast, and middle-aged RVers from Indiana. It’s also a helluva good time.

Once upon a time, country music was officially known as “hillbilly music” on the Billboard charts – and the reputation has stuck. Making an occasional exception for suitably counter-cultural types like the Dixie Chicks, hipster music critics won’t touch the stuff – and in the same way, too-cool travel types don’t often make the trek to country’s mecca, Nashville, aka Music City, USA.

But country has a rich heritage and a vital modern scene. It’s also quite possibly the greatest drinking music of all time. Frankly, Hank Williams Jr. is to beer-guzzling what Bob Marley is to ganja-smoking.

So come on down, hit Nashville’s finest honky-tonks, and throw back a Bud or three. Soon enough, you too might have some new friends in low places.

“They say the neon lights are bright on Broadway,” the old song goes. “They say there’s always magic in the air.”

Sure, the song’s about a musician trying to make it big in New York City, but it might just as well be about Nashville. Broadway forms the heart of the downtown scene. Live music spills out of several blocks worth of bars; the party gets going early and doesn’t stop till “early” comes around again.

Most places have no cover; the bands play for tips only, and no one pressures you to keep buying drinks non-stop – though if you’d like to, no one will stop you, either!

Be sure to hit Tootsie’s Orchid Lounge, a historic dive that can claim legends like Willie Nelson, Waylon Jennings and Patsy Cline as past customers. Live bands play upstairs and down, from the early afternoon to the wee hours. The place draws a mixture of country music pilgrims, curious tourists, and die-hard locals, and can morph from a quiet sit-down scene to a foot-stomping dance floor almost without warning. It’s at 5th and Broadway.

Next on the strip is Robert’s Western World, a more laid-back place with an older crowd and talented cover bands playing traditional country: think more Hank Williams Sr. and less Lynyrd Skynyrd. It’s between 4th and 5th on Broadway.

Take a left on 2nd to hit the Wildhorse Saloon – one of the few places to charge cover. It’s got more of a nightclub vibe, with a young crowd, new country on the stereo system, and free line-dancing lessons on the floor.

Across the street from the Wildhorse, the Buck Wild Saloon is a karaoke joint, and a great place to end your night. Had enough liquid courage that you want to take your own shot at “Folsom Prison Blues”? This is the spot to do it. Be forewarned, though: On most nights there’s enough undiscovered talent rocking the mic in this place to fill an American Idol episode.

These are just a few of Broadway’s party possibilities – take a wander and see which honky-tonk is the happeningest on the night you’re in town! 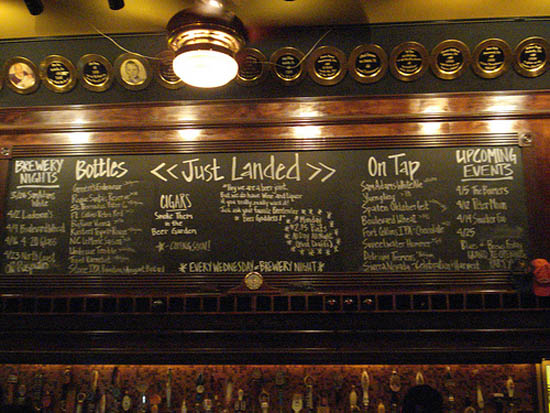 Most of the live music venues serve food, too. There’s a Pita Pit on 2nd for a quick bite to go, and a BB King’s across the street for the chain-restaurant take on classic Southern dishes. Big River, at 1st and Broadway, is another decent dining option with great local microbrew.

As you might expect, downtown Nashville’s hotels are pricey, the usual bland big-name chains. They’re well-located if you can split with friends, though. The city’s official tourism site has info on special offers, and a booking system.

There are also a couple of hostels around the fringes of downtown – Music City Hostel is within striking distance of the Broadway bar strip.

You can take your pick of the cheap motels on any of the highways coming into town, but you’ll need a DD or a couple of steep cab rides. Demonbreun, one street over parallel to Broadway, has plenty of parking lots between 12th and 8th – you can pay around $10 and leave your car overnight, only a few blocks from the main strip. Another option is to check out Couchsurfing for well-located locals.

For the truly bad-ass budget party hound, Nashville’s Greyhound station is in the heart of the city, at Demonbreun and 8th. So if you’re really worried about blowing too much cash on cabs and hotels, you can roll into town in the early afternoon, party through the night, and stagger back to the bus station with the sunrise.