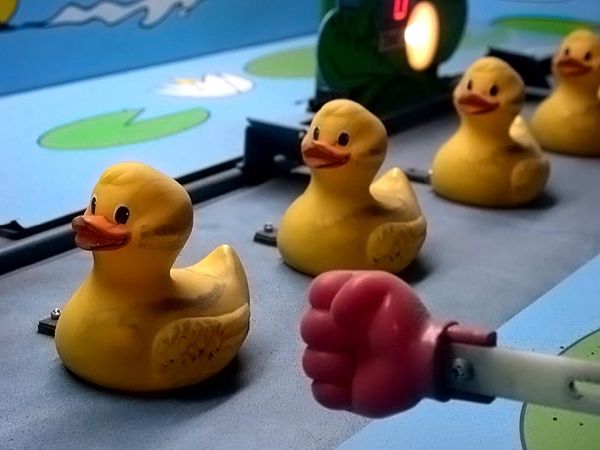 Now 1.5 years old, Nights is already walking and headed towards our terrible twos. Let’s hope that soon we’ll be able to use the potty by ourselves. Here’s a look back at our most-viewed pieces to date.

1. The 12 Coolest Art Instillations In The History Of Burning Man

“Nicknamed the Belgian Waffle, much to the irritation of the Belgian team that constructed it, Uchronia was nearly 200 feet long, 100 feet wide, and 50 feet tall, dominating the Black Rock City skyline.”

2. The 20 Craziest Party Hostels Around The World

“Music gets blasting and four deck games of Kings have been known to break out as people forget there’s a city outside the hostel. If you’re in the 36 bed dorm, bring earplugs as this place does not follow any of the hostel sex rules.”

3. A Guide To Smoking Pot Around The World

“Highly illegal. Possession by Guatemalans in not normally prosecuted for personal use, but tourists are commonly arrested and jailed for several days before being released.”

4. The First Timer’s Guide To Participating At Burning Man

“As a participant, you bring something to offer others — be it an art installation, an open conversation, or a hundred Bloody Marys. The most crucial and basic contribution is to respect and honor all that is around you.”

5. Seven Coffee Shops In Amsterdam That Are Good To Go

“Good drinks and good weed are served here at standard prices. The tables have patterns carved into them. They turn a blind eye to smoking inside-if they don’t see it, it’s not there. A lazy cat sits in the window all day to greet you as you come in.”

“Themed clubs or Image Clubs are establishments offering a variety of sexual services in a specifically themed setting. For example, chikan densha, or pervert trains are places where the john enters a look-alike subway car, gropes a number of girls for about ten minutes or so and then chooses one with whom to proceed to a private room.”

7. Where To Find The Hottest Girls In The World (Outside Of The USA)

“Anyone who believes that Parisians are the world’s most serious people about their appearance has never been to Croatia. In ads, store fronts, everywhere, there is a sense that fashion is not to be taken lightly–and with a population this hot, it’s hardly surprising.”

8. The Top Ten Parties In The World.

“It’s supposed to be a 7 mile foot race but instead it’s a 7 mile costume party and keg race that goes through downtown San Francisco. It began in 1906 to keep people’s sprits up after the earthquake and locals are still keeping that alive, in force!”

9. The 10 Best Rooftop Bars In The World

“This is an awesome bar in an all-around cool hotel. The Condesa DF is decked out in extraordinary design, from the table cloths to the couches. This super-chic hotel only has 40 rooms so make sure to get a reservation, and make sure to hit its rooftop paradise for some cocktails as the sun goes down over Mexico City.”

“It was explained to me once when I laughed at the blue faced, mulleted warriors in Braveheart that the haircut had a practical application. It allowed the wearer to shirk the harmful effects of the sun to the back of his neck while being able wield a weapon with unobstructed vision. Being a diehard utilitarian, I had to take a moment to give the mullet its due before resuming my obnoxious diatribe disparaging the hairdo.”

Check out a few of Matador’s other classic hit-grabbers:
The Fifty Most Inspiring Travel Quotes Of All Time
Hostel Sex: A Practical Guide For Backpackers
What Can 150k Buy In Real Estate Around The World?