View all travel news
Top Destinations
Top CitiesView All Destinations
Trending Regions
Trending Cities
Load More
Trick or treat? With these candies, the kids from your neighborhood might not be sure. But one kid’s motive for egging your house could be another one’s prized score.
If you thought that bacon had no place in the world of sweets, or that musk was just for wild and crazy guys, feast your eyes on these fifteen unusual candies from around the world. 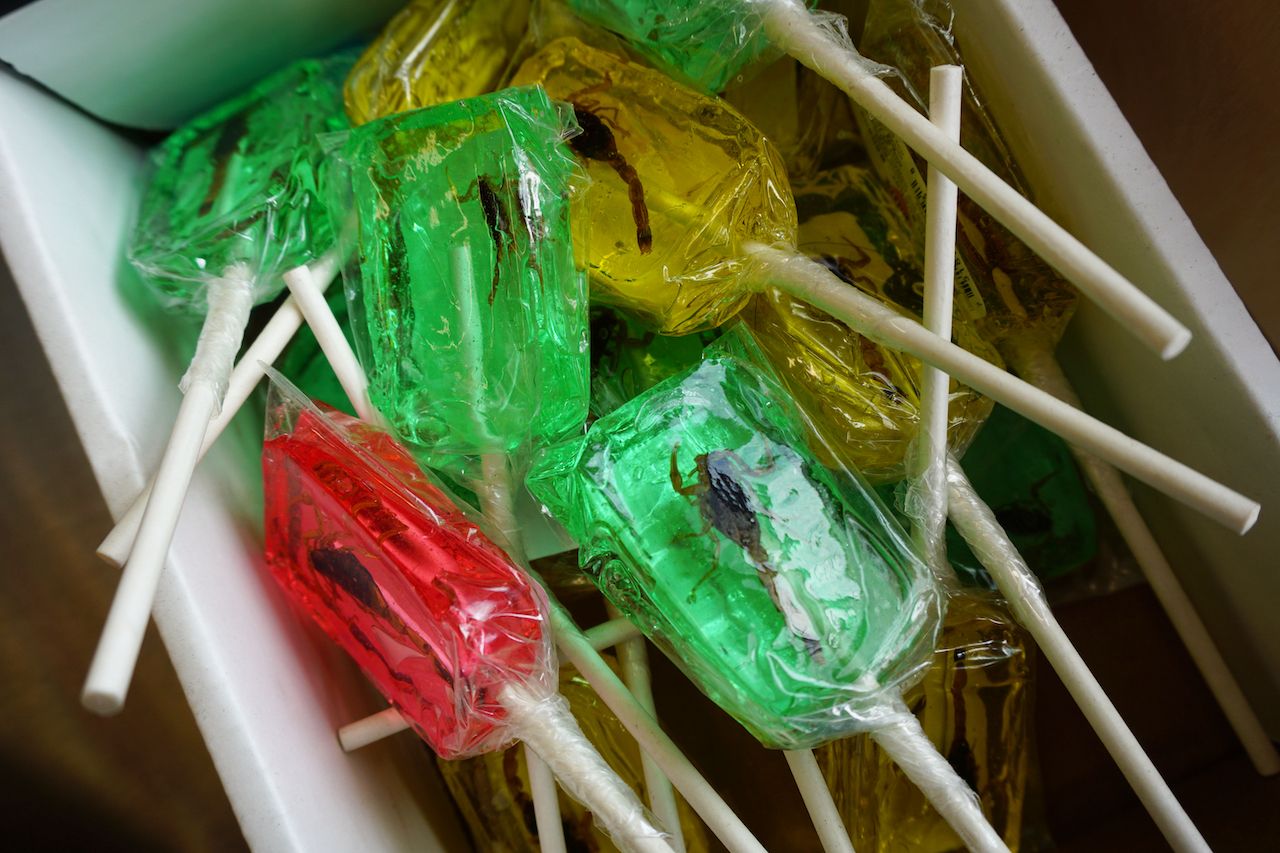 Many countries enjoy bugs as snacks, but Hotlix candy company out of California goes for the wow-factor (or perhaps that’s the ugh-factor). They started with the tequila flavored worm sucker, and they have expanded to encasing scorpions, ants, and crickets in lollipops or dousing them in chocolate.

I’d give them as a gag gift…

If you’re in Pakistan, you can pick up a package of Super Osama bin Laden Kulfa Balls. Blogger and traveler Derek Earl Baron explains the unusual treat:

A popular hard candy that can be found throughout the tribal areas of Pakistan. And on the front of the box, one finds an image of Osama himself alongside a tank, missiles and fighter jets.

And they are not, as he discovered, an ideal item to have if being searched at US Customs. 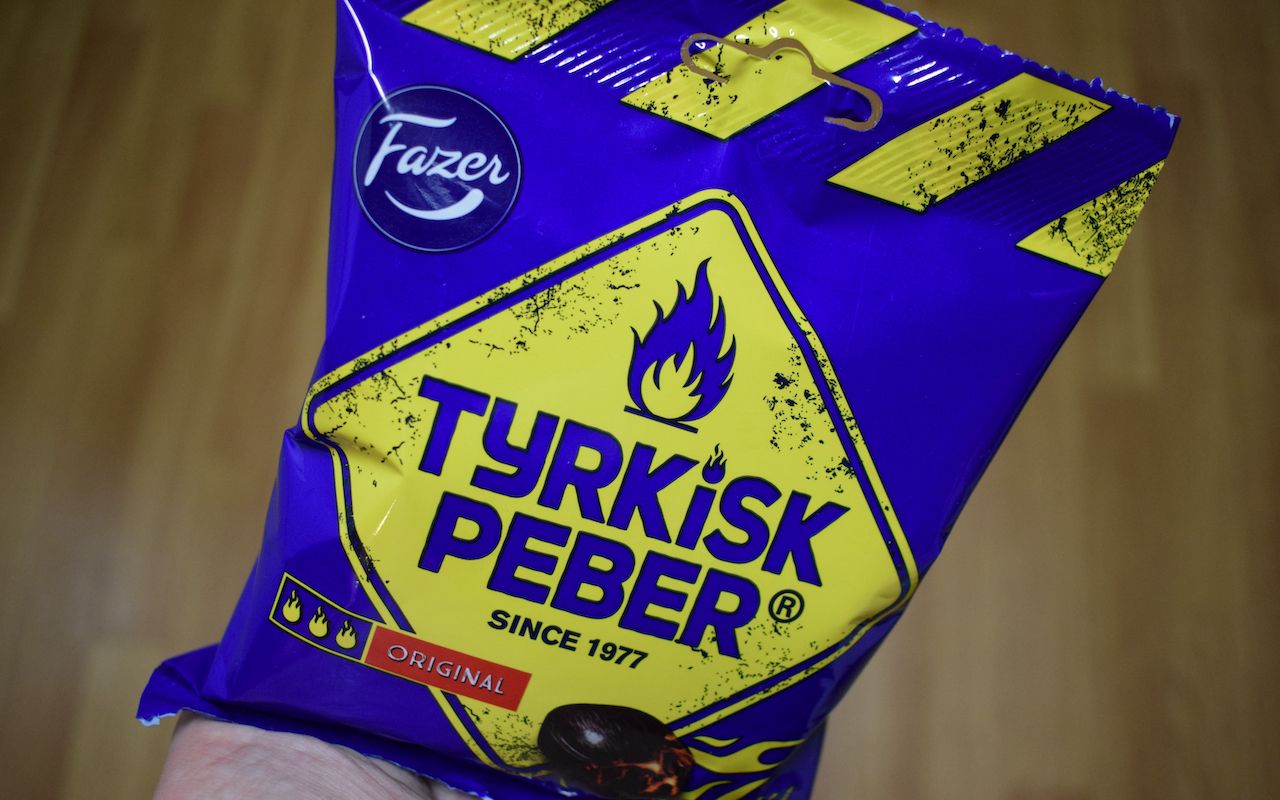 Tyrkisk Peber is a salty licorice hard candy popular in Norway, Sweden and Denmark. The taste of licorice and anise oil starts off as manageable but gets hotter as little holes in the candy open up and you get to the extra strong licorice powder in the center.

It can burn your tongue – the flames that decorate the blue package aren’t just for show.

Takoyaki is a popular dish in Osaka. It’s battered and fried octopus, garnished with green onions, mayonnaise, and fish shavings.

Takoyaki drops are made to taste just like it, only in candy form. It’s part of a drop candy trend that’s been sweeping Japan. (Weird Asia News)

These are lollipops shaped like little chickens (in case the name didn’t give that away) that our own Kate Sedgwick got to try:

When I found chicken suckers in a little Mexican grocery in Louisville, KY, I was showing them off everywhere I went, especially since I liked the pun I could make with the male version of the bird. They were better as a freakish flower arrangement addition for visitors that were really paying attention than for eating, in my opinion.

The tamarind flavor is something I enjoy more on elotes than with sugar. But if elote lollipops are more up your alley, they’ve got those, too. 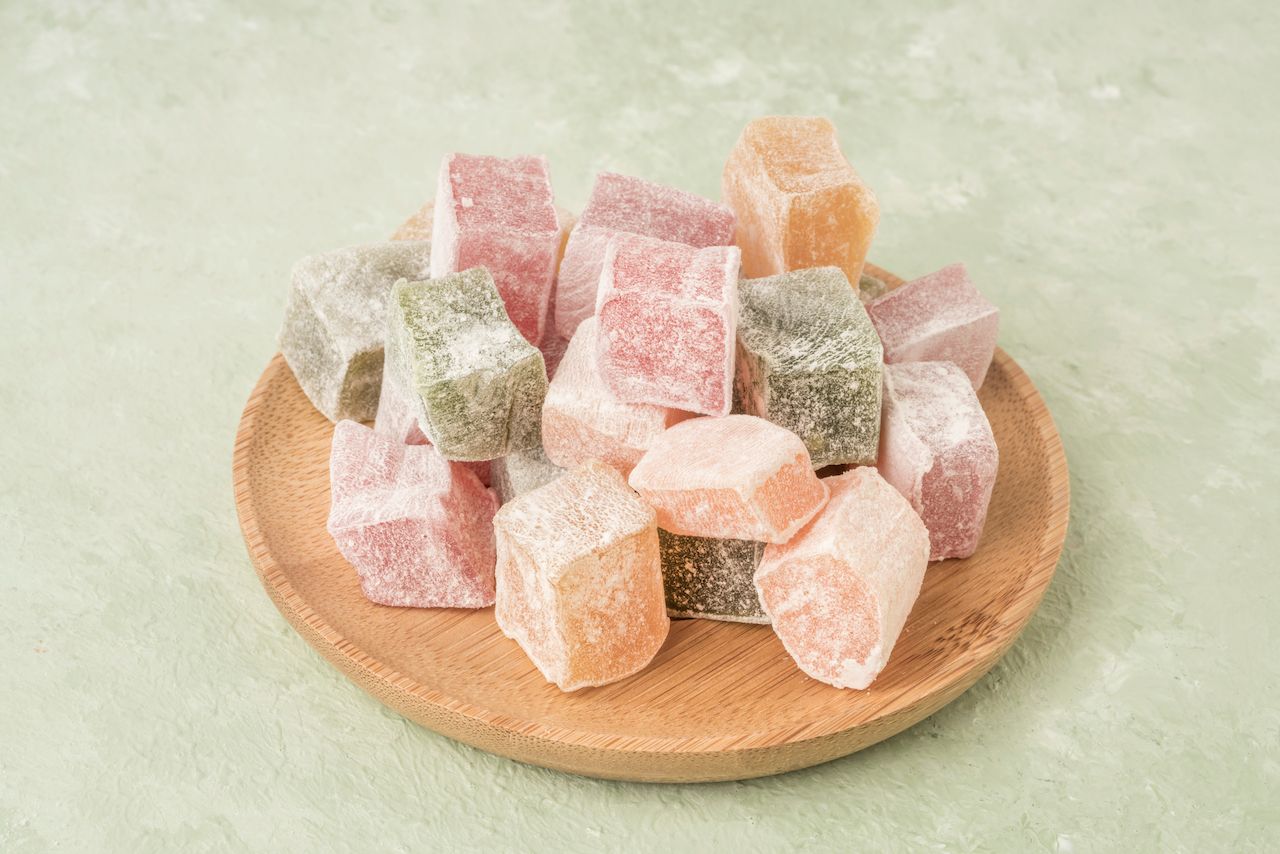 As a child, I read the Chronicles of Narnia and the scene when Edward asked the White Witch to give him Turkish delights stuck with me. I imagined this must be some magical and amazing treat. But I had no idea what it actually was. Turns out, it isn’t just a candy in a story book; it’s enormously popular throughout the Balkans and the Middle East.

It’s a delicate jellied candy with flavors like rose water, lemon or mint. It is often coated with powdered sugar or flour and may contain pistachios, walnuts or chopped dates.

Salsagheti is a sweet and spicy treat from Mexico. Gummy watermelon or mango flavored candy worms with a tamarind flavored dipping sauce. Watch out – the straws are hot; they are covered in chili powder, salt and sugar.

The name seems to come from the sauce (salsa-esque) that you spread over the straws that look like spaghetti. You can pick them up in grocery stores in Mexico, and, a bit inexplicably, you can also find them in some Walmart and Walgreens stores in America. 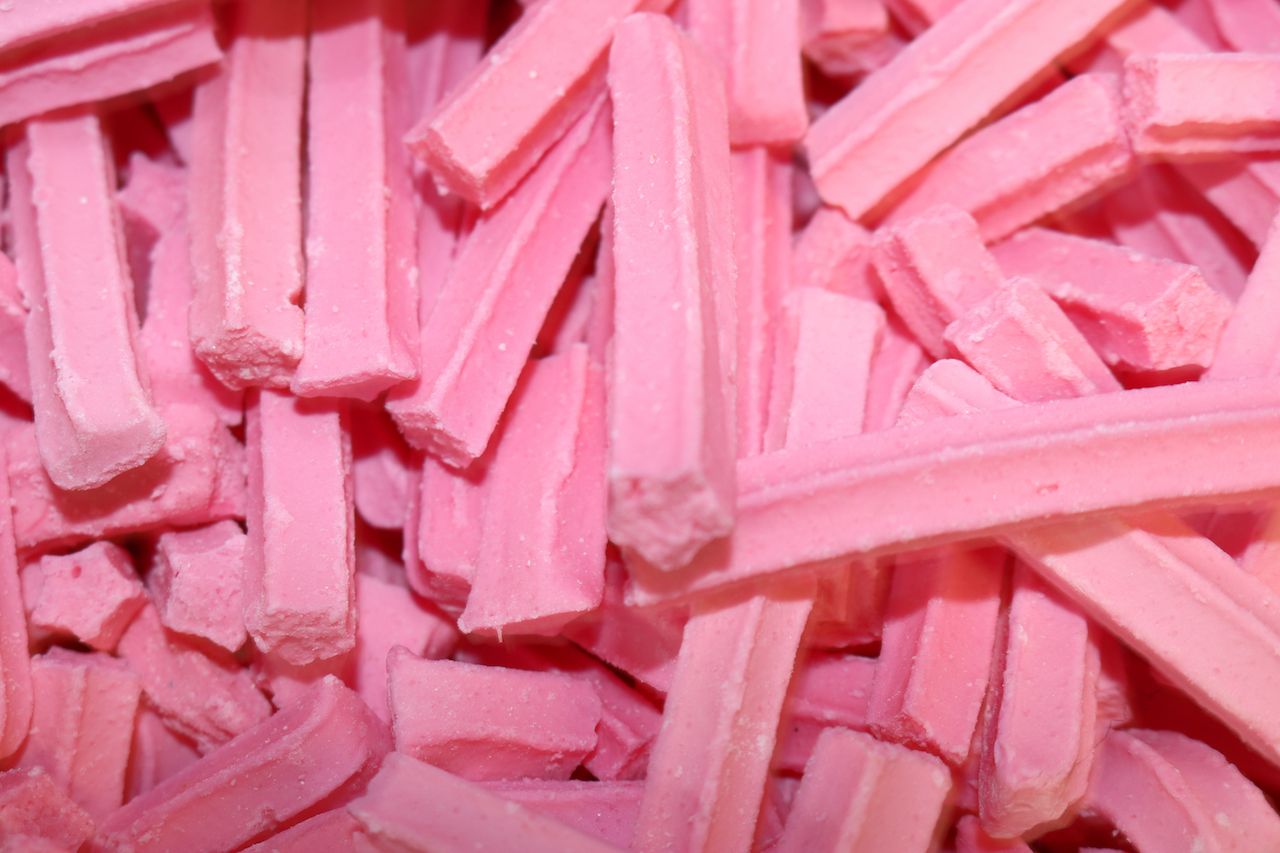 Musk definition: “a substance secreted in a glandular sac under the skin of the abdomen of the male musk deer, having a strong odor, and used in perfumery.”

Doesn’t seem to scream delicious candy flavor, but in Australia and New Zealand, there are musk sticks, musk lollies, musk lifesavers and musk gum. Jeniffer, a baker who lives in Australia describes the taste of musk candy on her blog:

As for the flavour, well it certainly is a conundrum, let’s see, they are not related to the cosmetic musk perfume, yet I would describe them as having a strong “perfume”. With a hint of rose water &… well, I don’t know really. I’ve heard them described as “tasting like the smell of old ladies at the bus stop & yet kind of nice” (bet that makes you want to try them!), I like the flavour with it’s floral undertones.