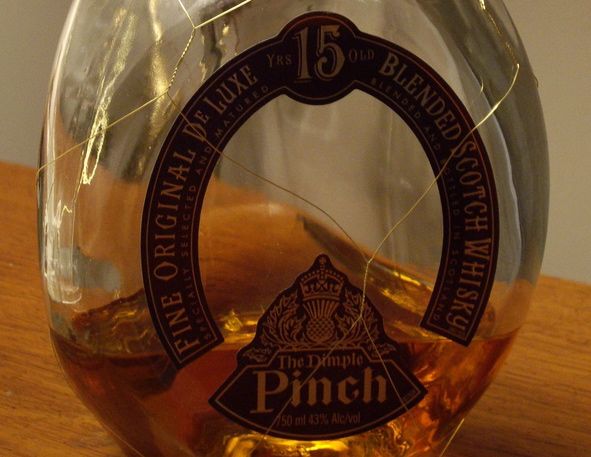 Probably best known for giving the world the piña colada, Puerto Rico offers a variety of other, more or lesser known drinks.

Also known as ron caña (cane rum), this is your basic illegal distilled moonshine, made from sugarcane. Straight pitorro is just as strong as any other moonshine you may have tasted, with alcohol levels into the 120 proof or more. This is not your average, by the numbers alcohol. 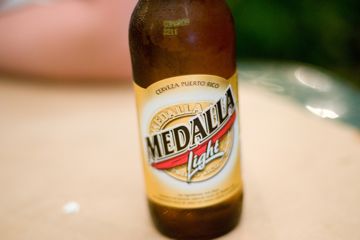 If you have the opportunity to try a “cured” or flavored pitorro, you are in for a treat. Typical fruit flavors include coconut, pineapple, tamarind, papaya, strawberry and mango. Other flavors include coffee and chocolate.

The curing process occurs when sugar and flavors are added to pitorro, diminishing the intensity of the pitorro alcohol flavor. Pitorro may be buried underground to accelerate the “curing” process to integrate the added flavors. Since it is illegal, the only way to get your hands on some is to have local friends track it down.

This is the only mass-produced beer in Puerto Rico and comes in one version only: Light. For this reason the lager-style beer, produced in the western city of Mayaguez, is simply known as Medalla.

Don Q is the second rum brand of Puerto Rico, after the more famous Bacardi. While not well known outside of the island, Don Q is generally referred to as the favorite rum of locals. Mix cranberry juice with a lemon-lime flavored Don Q rum for a simple, delicious cocktail.

This surprising combination refreshes on a hot Caribbean day. The soft, quenching feel of the coconut water cuts the harshness of whiskey. Great for an early afternoon hangover helper.

A shot consisting of Palo Viejo brand white rum mixed with anise liqueur. The anise in this slightly sweet drink that masks the flavor of the rum – think licorice with a kick.

Closely related to eggnog, coquito is only available during the Christmas season. Egg yolks, cream of coconut or coconut milk, white rum, cinnamon, cloves, vanilla, evaporated and condensed milk are combined to create this sweet drink, most often served chilled.

It is common for people to give this as a gift during the holidays. Pitorro may be used in coquito instead of rum, for a stronger kick.

This is pitorro soaked with quenepa fruit. The tart fruit (green, leathery skin) is slightly larger than a grape. The quenepa only occupies a small portion of the total fruit, with most of the room being taken up by the seed. Bilí is especially popular on Vieques. 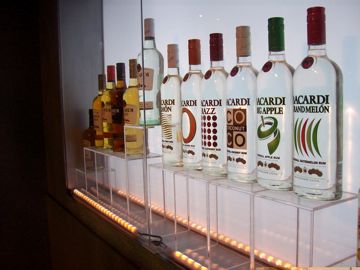 For an island only 100 by 30 miles in size, numerous rum brands fill store shelves. Besides the world-renowned Bacardi brand (originally from Cuba and now produced in Puerto Rico) many smaller brands compete for locals’ favor. Don Q, Barrilito, Palo Viejo, Ron Rico, Castillo and Llave are all locally produced and readily available. Most of these brands are available in white, spiced and reserve varieties.

Not Produced in Puerto Rico but Common on the Island

Pinch is a typical scotch whiskey well known in Puerto Rico. Licor 43, a sweet liqueur made of 43 secret ingredients, is often mixed with milk for a White Russian type drink.

What did you think of this article?
Meh
Good
Awesome
Bookmark
Posted In
Travel
Destinations
Puerto Rico