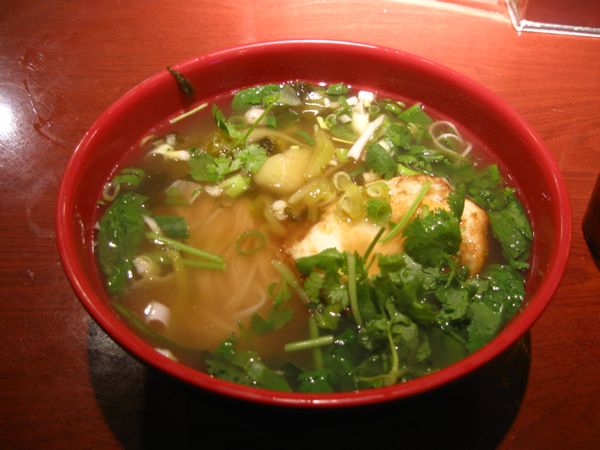 Philadelphia may be home to the cheesesteak, but you should take a break from comparing Pat’s with Geno’s and Jim’s to sample what this food-loving city has to offer.

Even though I’m from California, and lived within a half-hour drive of the Mexican border for 4 years, I’d never tried those quesadillas filled with corn smut until I encountered them at La Lupe, located in of all places, the Italian Market on 9th Street. 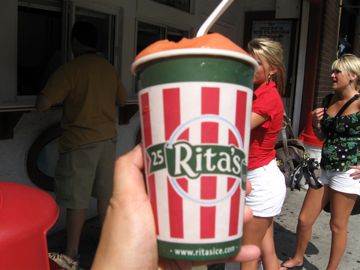 These days, the market is becoming increasingly Mexican, with Spanish music blaring from radios and restaurants offering tastes from south of the border. Just down the street from shops selling fresh pasta and cured meats, you can find tacos and quesadillas to rival any found in Southern California.

The Chinese have had a presence in Philadelphia since 1860, and today its Chinatown is the third-largest in the United States. An ethnic quarter of that size usually means that there are a good number of authentic restaurants to savor, including Nan Zhou Hand Drawn Noodle House, specializing in China’s famous hand-stretched pasta.

While you won’t see the chef stretching and flinging dough at this low-key restaurant, the noodles are nice and chewy, and the egg and vegetable option, at $4 for a generously portioned bowl, makes for a refreshing, bargain-priced meal. 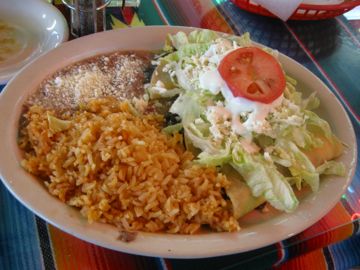 Philadelphia’s Asian food scene isn’t limited to the cuisine of China. Philly is home to a number of Malaysian restaurants, which offer tropical, spiced up dishes like mango chicken and Indian mee goreng. If you’ve been sampling cheesesteaks, you’ll probably need a break from the cheez whiz.

Banana Leaf in Chinatown is one popular and inexpensive choice, while Aqua, a stone’s throw from the site where the founding fathers declared their independence, offers a more chic setting.

I’m convinced that the best Italian-style gelato to be found outside Italy is in Philadelphia, at Capogiro Gelato’s three downtown locations. The Thai coconut milk flavor is probably the most heavenly I’ve ever tasted, although the fruit flavors are very nice as well, especially since many are locally sourced from Lancaster County farms.

But if it’s an all-American scoop of vanilla or cookies and cream that you’re looking for, Bassett’s Ice Cream has been serving up classic favorites from behind its historic counter in the Reading Terminal Market since 1893. If you want to be decadent and go for a hot fudge sundae or banana split, Franklin Fountain, though less than a decade old, successfully recreates the old-fashioned ice cream parlor and soda fountain experience. 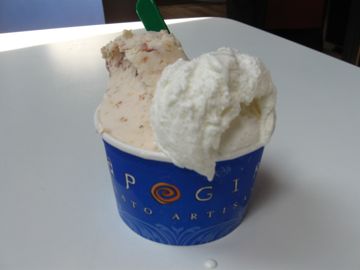 Unlike the coarse icy texture of the snow cones you grew up with, water ice, Philly speak for Italian ice, is smooth and fruity, which makes for a refreshing way to cool off on a hot, humid Philadelphia summer day. There are a number of stands and shops selling the popular treat around the city, including Rita’s Water Ice and Philadelphia Water Ice franchises.

Yet another international cuisine is on display in one of the city’s most renowned restaurants. Zahavcelebrates the Israeli heritage of the head chef, and does so ingeniously. It’s best to come with friends so you can sample an array of the delicious Mediterranean-style small plates, like hummus, house-made merguez, and Cypriotic sheep’s milk cheese, all prepared to perfection.

There’s not a single falafel to be found in this classy restaurant.

Brunch is my favorite meal, and it’s hard to pass up a good brunch spot. Sabrina’s Cafe, with two locations, is a local favorite. The menu is extensive, filled with an enticing array of sweet and savory morning dishes like stuffed caramelized challah French toast with vanilla bean maple syrup and the egg white frittata with turkey bacon, spinach, tomatoes, and provolone. 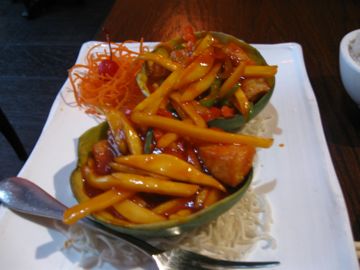 Vegetarians are easily accommodated here, and those who feel left out of the city’s cheesesteak craze can consider trying Sabrina’s meatless version made with seitan.

Brunch can also be found inside the famed Reading Terminal Market. The Dutch Eating Place serves up Amish breakfasts, while Down Home Diner, evocative of the classic diners of the 1950s, has a southern flavor. Both locations offer scrapple, a local invention of pork scraps and trimmings combined with cornmeal, flour, and spices formed into a mush.