How often do pilots work? And for how many hours? Do pilots get holidays? Do pilots get free flights? Those are some of the questions pilots get asked more often. And behind those questions, there is a belief that being a pilot is “cool”. Well, let’s see.

1. Pilots don’t make as much money as you think.

As of May 2014, the average pilot income was $75,000. That’s an average. My salary in the first year with the airlines, based out of New York’s JFK International Airport, was $21,109. This is why pilots fall on a free continental breakfast like locusts. The days of making $300,000 a year for five days of work per month went out with smoking on an airplane.

2. We don’t see our families too often.

In a 30-day month, the average airline pilot will only work 12-15 days. But when you consider that most pilots commute to work from out of state, a normal four-day trip actually takes six days to complete. If a pilot gets two assignments back-to-back with insufficient time in between to return home, he or she could be gone for weeks at a time.

3. Just because we fly to exotic destinations doesn’t mean we get to see them.

Once, when queried by a friend as to what Belfast, Ireland, looked like, I simply replied, “Cleveland.” For the most part, layovers are so short that a pilot will stay at a hotel with a view of the airport he or she just landed at. In most cases you have enough time to shower, eat, get some rest, and be ready to do it all again tomorrow.

Pilots hate delays for two reasons: First, as stated above, downtime is at a minimum at the destination already. Any time spent in delay just means there will be less time to actually explore or unwind once you land. Second, pilots are paid based on actual flight hours. So any time spent perusing the magazine rack while delayed means you’re at work but not getting paid. (To put salt in the wound, refer back to #1.)

5. We spend a lot of time at places called “crash pads.”

I’ve always found it a little ironic that the temporary housing for pilots is called a crash pad. I would have voted for “land safely pad.” Truth is, pilots need a place to stay between trips — when commuting in the night before a trip, or when a schedule deems that a pilot be on call or “reserve.” It works like this: You rent a bunkbed in a four-bedroom apartment with 30 other pilots for around $300 per month. My first year at the airlines, I spent more nights sleeping on Incredible Hulk sheets in a bunkbed in Queens (New York) than I did at home.

6. The community of pilots isn’t as tight as you’d think.

There’s a common misconception that all pilots know each other. The truth is most pilots from the same airline don’t even know each other. As you sit by your gate and watch the captain and first officer shake hands, chances are that’s the first time they’ve ever met. And after 30 hours in the air and four days on the road, that will probably be the last time they ever fly together.

7. We have to be very careful with alcohol.

The mantra of drinking aviators is “eight hours bottle to throttle” (12 hours at some airlines), meaning that on layovers a pilot must finish the last cocktail and practice an eight-hour prohibition before getting back in the cockpit. This fact on an already short layover, coupled with expensive hotel lobby bars (when making a little over $20,000 a year), and the threat of a random breathalyzer at your gate, persuades most to wait until they get home.

8. Although we get to fly for free on our days off, it’s not as great as it sounds.

After 25 days of flying, the last thing I want to do is climb back in that metal tube and go somewhere. This job perk isn’t actually a confirmed free ticket. It’s simply the opportunity to fill any empty seat on an airplane. If flights to your destination have canceled and they’re trying to get paying customers to their destination by filling the next flight, your vacation may be delayed by days.

9. Holidays are not sacred.

The busiest travel days of the year happen to be holidays. While your family is opening gifts buzzed on eggnog, you’re stuck in some airport hotel trying to find the only open restaurant in town. Since the airlines don’t find holidays sacred, forget ever being home for an anniversary or birthday.

10. We’re even more bored in the air than you are.

According to the rules, there are not to be any reading materials in the cockpit with the exception of pertinent manuals. While passengers kick back to read that new softcover purchased specifically for the long flight, your pilots are staring at needles and gauges watching every minute go by. If your copilot and you don’t quite “click,” a six-hour flight can feel like an eternity.

And why, despite the above, it’s all worth it…

So why do pilots keep coming back for more? I give this example:

It was on a night flight from Calgary to Belfast. As we first started to cross the ocean, we could see below that a series of thunderstorms were in full swing. The blasts of light rivaled even the best firework shows. Without notice, a green glow began to fill the horizon. The aurora borealis had started its own show. As we watched both beautiful natural phenomena in crescendo, my copilot broke the awed silence to say, “Well, this is why we do what we do.” 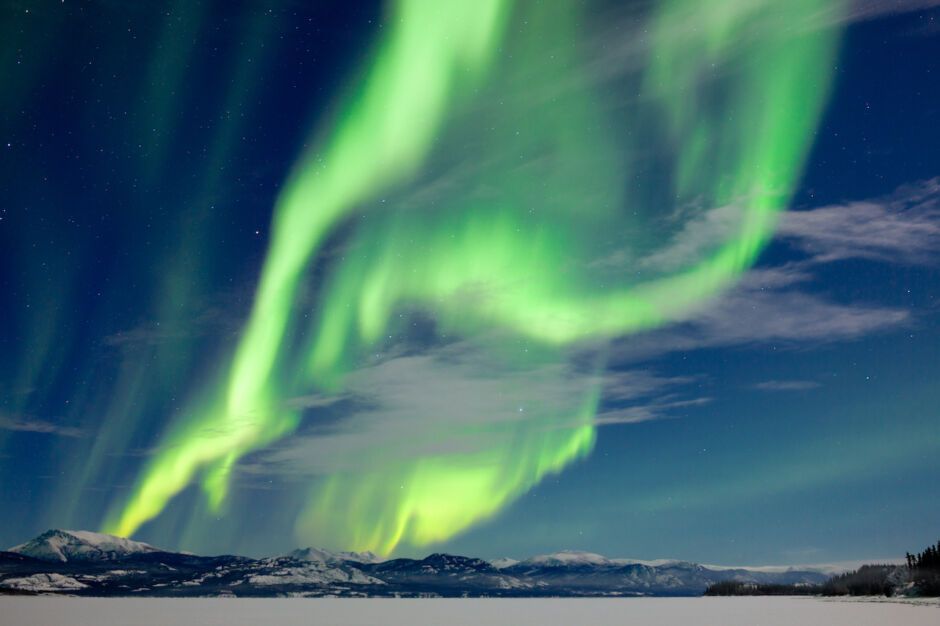 Technology + GearThe Perfect Backpack for Every Type of Traveler, From Hostelers To Hikers
Tagged
Student Work Travel Jobs
What did you think of this story?
Meh
Good
Awesome