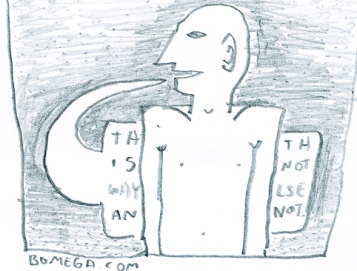 This story, 10 Words and Phrases we Never Want to See in Travel Writing Again has, as of this morning, almost 44,000 views. So I know this information is getting out.

But it seems like writers are always finding new ways to get marketing style language in their narrative or travel writing, even if it’s not straight up cliches. Sometimes it’s just the structures commonly used in advertising and commercials.People watch TV, movies, listen to the radio, and the rhythms are so ubiquitous they end up embedded in people’s language, speech, and writing.

With that said, let’s look at three of the most common of these marketing ‘constructions’ and how they subvert your storytelling authenticity.

I don’t know how this gained popularity, but you see it all the time in destination pieces. It’s where the narrator switches from simply telling a story, for example, “Every year I visit my parents in Sarasota,” or giving information, for example, “Sarasota has good used bookstores,” to this kind of casual, friendly-but-imperative style language. As soon as I start reading it, it’s hard not to automatically give it a ‘big movie-man announcer’ style voiceover in my head:

Walk barefoot on the white sand beaches of Siesta Key; indulge in the numerous restaurants in St. Armand’s circle. Catch up on your reading at one of Sarasota’s incredible bookstores!

The exclamation point is often a giveaway.

This is where the narrator withholds a certain bit of information in one sentence, and then drops it into a second sentence (or later in the first sentence) as a kind of ‘punchline.’ It’s essentially forcing on the reader a certain importance or specialness of whatever is mentioned. But this construction creates the exact opposite effect: it makes you want to stop reading.

In Siesta Key there is one thing you won’t find anywhere else. It’s sand, sand the consistency of talcum powder.

Again, if you read this sentence imagining a movie-trailer voice it adds to the effect.

This one is similar to the “hey let me show you,” only instead of two statements, the narrator asks him or herself a question:

How many people wouldn’t want to live next to a beach like this?

The hypothetical, like the other two constructions, fails because it tries to force the reader into feeling a certain way about the story or question rather than just asking the question or telling the story and letting the reader think / feel for herself.

Note that there is a subtle difference between the hypothetical above (where the implications are your feelings / desires) and a straight up question that flows directly out of the narrator’s logic / voice, such as: “How many people in this gated community have actually spoken to their next door neighbors?”

In general, any of these marketing / advertising style constructions are total anti-stoke. They make me stop reading whatever it is. If you need help recognizing them in your own reading, try reading your drafts out loud, noticing if ever it feels like what you’re saying sounds like it’s part of a movie trailer.

*Get access to paid freelance travel writing opportunities and an active community of travel journalists by enrolling in the MatadorU Travel Writing program.