What kind of gear is really best for the way you travel? Photo: Garrulus

Over the years I’ve learned to pack better for travel through some painful but sometimes hilarious–at least in hindsight–mistakes.

Everyone has their own style when it comes to what they wear and pack on a trip. For example, Tim Patterson wears a blazer on plane rides. My dad likes to sport those vented “safari shirts.” I usually bring at least one good sheath knife whenever I travel. And the year I hiked the Appalachian Trail there was this one dude who carried a pair of nunchucks.

Over the years a definite pattern has emerged: Nearly every time I’ve packed clothing or gear purchased out of some kind of preconception about where and how I would be traveling, or worse–out of feeling that a particular piece of gear somehow reflected my ‘self-image’–I’ve found that it was that exact piece gear that inevitably turned around and bit me in the ass.

The following examples illustrate how my way of packing for travel has changed over the years. 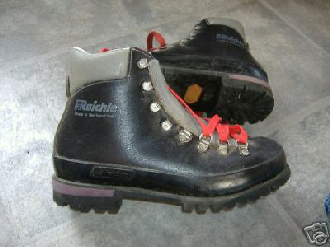 When I decided to hike the Appalachian Trail (AT) I knew that the time had come for me to get the baddest boots around.

I went to REI and bought the Raichle Eigers–the heaviest boots sold in the store except for hard-shelled mountaineering boots. I think the final selling point was when the salesman told me they were still “crampon-compatible” (as if I’d be ice-climbing).

I wore them all summer long (pre-hike) to break them in but they still tore my feet apart in the first 100 miles in Maine. I bandaged my feet, hiked in Tevas throughout the Mahoosucs, and determined to “earn” those damn boots I kept at it. 200 miles. 500 miles. 1,000 miles.

Of course I never “broke them in.”

Replacement: Skate shoes. Running shoes. Sandals. Lightweight boots, whatever the lightest footwear is that you can get away with. Mountaineering boots are for glacial travel or places where you need to use crampons or snowshoes. 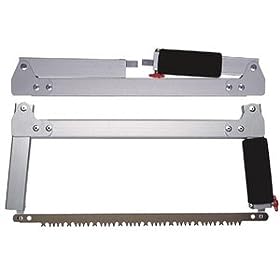 I eventually caught some well-deserved shit for this from my friend Corey who I ended up hiking with on the AT. He told me later: “I saw your pack and thought ‘is that guy really carrying a saw?'”

When you’re on a long distance hike, there’s just not enough time or energy (or in many places, resources) for spending long hours around a fire. Certainly not the kind that requires sawing big chunks. I think the point here was that I ‘saw myself’ needing this. It was one of the first things I sent home.

Replacement: Experience. You can cut wood into lengths with a strong knife if you know the proper technique. People in Central America do it with a machete.

This also fed into my ‘survivalist’ self image. It fairly screamed: I don’t fish. But it was small (about the size of hardcover book) and I figured I might use it sometime, even though I’d learned from an earlier trip to Central America that all you really need to catch fish is a baited hook and sinker tied to length of line wrapped around a plastic bottle.

I took it out once in Sayulita. It opened and assembled easily enough, but then it took about an hour to get every piece snapped back into the case. As I was putting it back I thought of how each time I’d ‘fished’ it was more or less me checking to see whether I really ‘liked’ fishing or not.

Replacement: None. You either fish or you don’t. If you don’t, then don’t bring any gimmicky mini-fishing kits.

This wasn’t so much an ego thing as it was just realizing that 99% of tent designs didn’t work with the kind of traveling I liked to do, which was setting up camp for weeks at a time and living out of my tent.

Most of the tents I’d used over the years were designed for mountaineering. But for living out of for any length of time, they were totally uncomfortable. You couldn’t cook in them; you couldn’t stand up in them. You were forced to crawl around in them like a little bug. 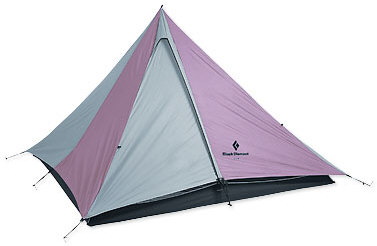 If you’re living for weeks at a time out of a tent: get one of these.

On my first long trip to Central America I took one of these (the “walrus”) that became my home for weeks.

Only it turned into an oven in the daytime (I’d end up in my hammock) and even though it had a lot of mesh and supposedly “industry leading” ventilation, it was still too hot on a lot of nights. As far as bugs–I still ended up using an additional mosquito net (purchased at a local hardware store for a few pesos).

Replacement: The Megamid. I had this realization one day that it was all because the tent was sealed up.

In other words, it had a permanent floor. I remembered hearing about a shelter made for setting up over snow pits during winter camping and wondered how this might work over sand.

I ended up buying a megamid before my next trip back down to Mexico and realized immediately that it was a game changing move. I could set up chairs in there, stand up in there, and cook in there. It became the lounge, love nest, my own little house. Most importantly, I could roll up the walls and use it as a sun shelter.

How have you changed the way you’ve packed for travel? What are some of the best (or worst) things you’ve brought on a trip. Share your thoughts in the comments below!

These Tybee Island Airbnbs Are the Perfect Beach Escape