View all travel news
Top Destinations
Top CitiesView All Destinations
Trending Regions
Trending Cities
Load More
With simple changes of perspective and equipment, you can capture fresh, original images of even the most iconic landmarks.

TAKING UNIQUE PHOTOS of landmarks can be very challenging because postcard icons such as the Eiffel Tower and the Grand Canyon have been shot thousands of times and are instantly recognizable.

Here are a few tips to help you get interesting shots of the same old sights:

Change your perspective on the subject. Chances are the more common angles you will come across are the full-on shots with people smiling (and sometimes waving) towards the camera.

Try a more unconventional approach by photographing the building or landmark at an angle or a different perspective than you normally would. 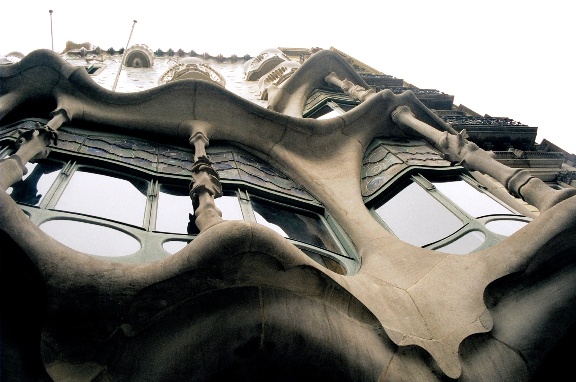 Take this example of Gaudi’s famous Casa Batlló. By shooting tightly from the bottom up, it created a more interesting picture. Direct shots of buildings and statues hardly ever make great travel photographs unless you get up really close to your subject.

I remember walking around side streets trying to find the best shot of the Seattle Space Needle. After several fruitless attempts, I decided to ride the elevators up to the top. By the time I was done for the day and leaving around dusk, I looked up at the tower and shot this picture: 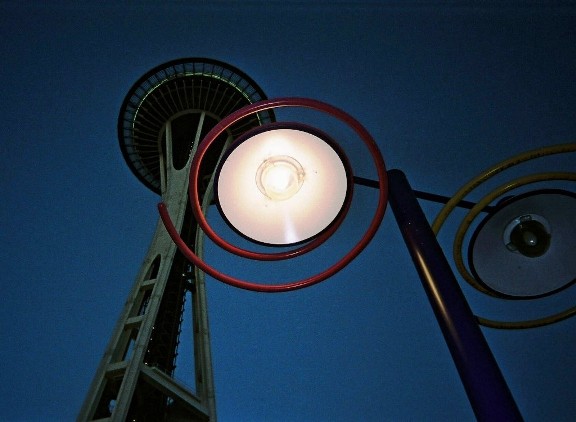 Shooting in low natural light such as dawn or dusk adds a certain ambience and otherworldly feel to your popular landmark shots. Another advantage of shooting pictures earlier or later is that the crowds of travelers would have thinned out by then, and you can get a clearer, less busy picture.

Put the landmark in background.

Although popular sights may seem striking, remember that locals live with these monuments as part of their everyday backdrop. 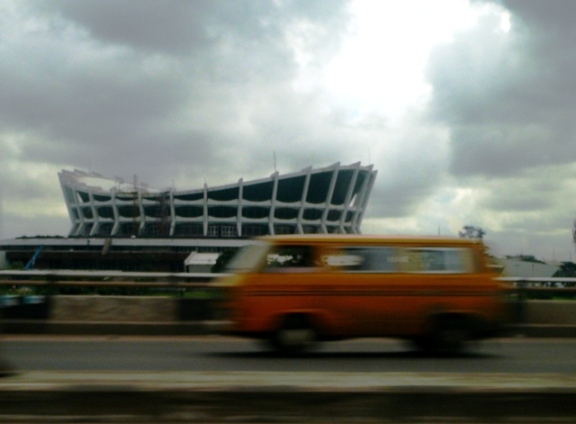 This shot puts the popular National Theatre in Lagos, Nigeria in the background, with the equally important yellow commuter buses in the foreground. This way the image can tell multiple stories. 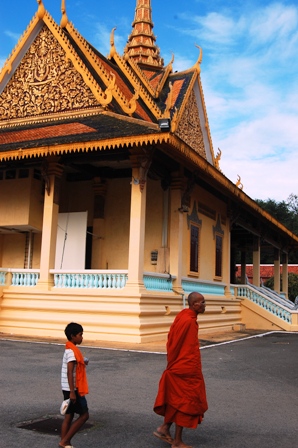 Thinking beyond the typical “I was here” shot we’ve all taken during our travels, bring other people into your picture. Examples: a child playing in a fountain, rather than posing with a wide grin. Or someone jogging past a statue instead of posing next to it. You can really change the dynamic of your picture by incorporating a story into it. The child could be taking a dip on a sunny day and the jogger could be using the statue as a mile marker. Not only does adding people creatively into pictures tell stories, it also provides a realistic sense of the scale of the monument in respect to the size of the people in your photograph.

You don’t have to shell out hundreds of dollars for an expensive fish-eye lens. Amateur travel photographers can get a small attachable fish eye lens for less than $50. A fish-eye lens can take a simple picture of the popular Carousel at Mermaid Quay in Cardiff, Wales and turn it into in a dynamic and more intriguing shot. 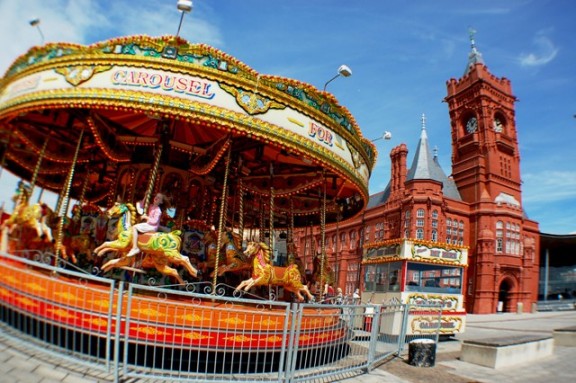 So next time you hit the road, traveling to some place familiar, try one of these tips and you just might be pleasantly surprised with the outcome.