01:00 May 5, 2020
Top Countries
Top CitiesView All Destinations
Trending Countries
Trending Cities
Load More
Learn how to be a travel journalist — check out the curricula at MatadorU today. 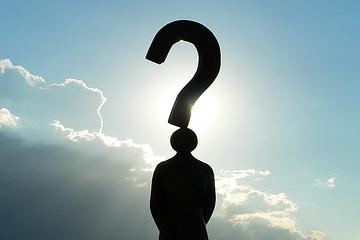 AFTER NINE MONTHS of working with students at MatadorU, along with another 3+ years of working with contributors at Matador in general, I’ve started to recognize some of the same patterns, the same things writers are doing–or avoiding doing–over and over.

I wanted to collect some of these patterns into simple questions to ask while you’re editing and revising your writing. These questions are most relevant to travel narratives, but can also be applied to really any form of travel writing or nonfiction.

1. How is your story revealing character?

Oftentimes beginning writers use structures that only observe characters and places “from a distance.” But it’s through close up interactions–characters acting and reacting to one another, that we learn who characters are. How is your story structured, and does that structure allow characters’ hopes, dreams, motivations, and emotions to be revealed?

2. Do your descriptions of characters stay superficial, or do they reveal subtext, such as their relationships?

3. Is the way you’re describing scenes / characters / places based strictly on the way you saw them, or are you also thinking about the overall effect the descriptions have on the reader?

Does describing, for example, every detail of a character’s “traditional garment” help or hinder the way your reader accesses the story?

4. Are you seeing other characters in a way that obscures your perspective?

Is your narrator describing people in a way that is romanticizing their lives, appropriating their problems or struggle, or making assumptions based on their cultural heritage or racial identity? We explored 8 ways of seeing people that can undermine your writing.

5. Are you recognizing that places, like people, continue to evolve and change, or are you “fixing” them in time so that they seem static?

This is another common trait of marketing style language–pulling places out of their temporal context so they seem less like an “entity” and more like a “product.”

6. Are you reducing places, stories, cultures, and characters in such a way that they simply become symbols and / or props for your philosophy, story, or ideas?

Are you describing things with cliches instead of concrete language or correct terminology? Are you using cliched expressions to “cover” places where you simple need more information?

We created a list of cliches that we’d prefer not to ever see in travel writing again.

8. Are you being transparent about your motivations to write the story, and your material connections to those in the story or who have sponsored it?

9. Are there cliched “constructions?”

Do you use certain forms of rhetoric that suggest rather than declare or in some way exploit emotional triggers of the reader? These are so common in marketing and advertising that they often enter other forms of writing subconsciously. Here’s a list of three of these common constructions.

10. Are you using fallacious logic?

When making points, have you constructed your argument based on faulty logic?

*MatadorU’s curriculum goes beyond the typical travel writing class to help you progress in every aspect of your career as a travel journalist.