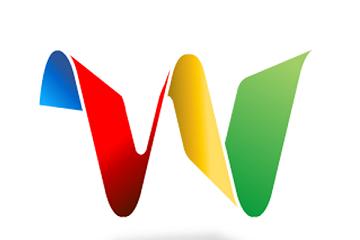 BACK WHEN I was doing a lot of remixing and audio production I always dreamed about having some kind of ‘brain machine’ that would simply extract whatever rhythms or melodies you were hearing in your head and export them directly to .wav files.

Obviously this is still a ways downstream, but I have no doubt there will be something like it eventually, with odds on Google as the people who figure it out.

The best way I can describe it (admittedly after just messing around), is to compare it to Twitter. You invite people to join in a new “wave” (kind of like a timeline) and everyone can add updates / ideas / photos. The whole thing is then collected in a kind of live document known as a Google “Wave.”

The reason why I compare it to Twitter is that the creation of the wave happens in real-time, and you can actually go back and use a control panel similar to a MP3 player to ‘replay’ it.

This ‘live’ element makes Google Wave particularly interesting for applications like group brainstorms, the kind of thing we do a lot of here at Matador. You can actually ‘see’ people typing, which gives a uniquely transparent look at how they work / think. Until they come up with the Brain Machine, I think this is potentially the most exciting aspect of new technology, (and one that should interest writers in particular), the ability to work with other people to create multimedia content in real time.

Also of interest to writers and journalists will be using Wave to create more in-depth back-channel conversations, a form of ‘augmented reality’, during media coverage of events. Earlier this month, freshnetworks blogged about using Google Wave vs. Twitter at conferences, pondering the future of both, and asking if “augmented reality” (a term which honestly seems to fit a stoner’s lexicon better than social media) – will be the next “major influence?”

The one drawback that I see so far is that Google Wave does not seem intuitive at all. Basically most of us are used to thinking linearly when it comes to writing emails, chatting, and using the computer in general. You go from one line to the next. Google Waves are organic, non-linear, more like a map (the Wave engineers were the same who created Google Maps). The conversations can sprout multiple branches, each leading in different directions.

If you’ve received an invite and are having trouble getting started, an excellent resource is Get Started with Google Wave.

Travelers, writers: what experience have you had so far with Google Wave? How do you see being able to use it as a writer?

Let us know in the comments below.

Are you a travel writer in need of learning social media skills?