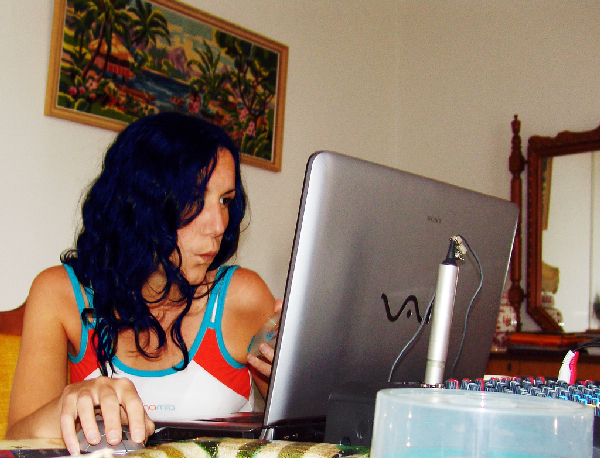 These two queries show all you have to do to get an editor’s attention. MatadorU will teach you the skills you need to become a travel journalist.

Yesterday we talked about about things you should never tell an editor. Basically the message was: don’t waste editors’ time by sending them unformed story ideas, or worse, asking them to come up with your story.

Today we’ll look at a couple different examples of the kinds of queries or pitches that editors love. The first is from our friends at Wend magazine.

I am a freelance writer and photographer organizing a project through the International League of Conservation Photographers along the border of the United States and Mexico. I will be leading 10 photographers on an expedition in January and February to cover as much of the border as possible in 3 weeks and to highlight the ecological impacts of the border wall now under construction.

I would like to do a story on the expedition for Wend, which would recount the highs and lows of the journey, and the purpose for doing it. I also wanted to see if you would want to cover it in Wend’s blog, or post the multimedia video I have made in advance of the trip, which you can see at youtube or on our website: ilcp.com/borderlands. Our website also explains the project in more detail, and discusses the ecological impacts of the wall.

You can see some of my writing and photography at www.wayfarerphotography.com, and you can view my most recent publication in Defenders magazine, here.
.

All the best,
Krista

A few things to note about this query:

Stiv Wilson, Wend’s Editor in Chief, also notes that he “really appreciates pitches that include a photo in the email.” He points out that since he gets so many emails a day, a great picture will help him to remember a pitch than just words.

Obviously don’t send an 8 MB image, but a little teaser of what you’re going to write about is always good.

What if you don’t already have established clips?

The pitch above counted on the fact that the writer was already a freelancer presenting an impressive project. She had lots of quick links that would let the editor know immediately what she had to offer.

But what if you’re just starting out and don’t yet have clips or links to show?

The second pitch is from Matador’s own Shreya Sanghani. She’s only 19, and not yet an established freelancer (although she’s on her way), however she’d already gotten on our radar screen, by pitching us several other good ideas, one of which we’d published at MatadorNights. Then we got this pitch:

I’ve contributed once to Matador Nights, and would love to contribute to Matador Change. These are some of the issues I’d like to speak about:

1. The Pink Chaddi Campaign in India: a backlash against the Ram Sene political party, who beat up several women for being at a pub in Bangalore, India. Several thousand people joined the “Consortium of Loose, Forward, Pub going women” on Facebook and sent the political party pink women’s underwear as a form of protest.

3. Slumdog Millionaire and the debate about “misrepresenting” India to the world.”

Matador’s Managing Editor Julie Schwietert received this pitch, and made the following notes about why it worked:

1. She identified herself and mentioned that she’d contributed to Nights already. I knew this, but it’s always appreciated when a writer doesn’t assume that he or she is still on the editor’s radar screen and specifically identifies where/what he or she has written before. (It might have been even better if she’d named the article or linked, but I did remember her).

2. She was clearly aware of the other blogs in Matador’s network. May seem basic, but Shreya had obviously done her homework, and that impressed me.

3. She included three specific and timely pieces. While the second pitch was a bit vague, I was totally drawn in by pitch 1. She offered just enough details and information to interest me without losing me, and had clearly picked a topic that hadn’t been addressed at all by Matador.

4. She kept the entire message short yet it contained all the information I needed to make an immediate decision to accept the Pink Chaddi piece on spec.

It’s worth noting that Shreya’s published article has since had more than 10,000 views.

*The travel writing course from MatadorU gives you access to freelance leads for paid travel writing, travel jobs, and press trips, as well as connections to travel editors at Matador and beyond.