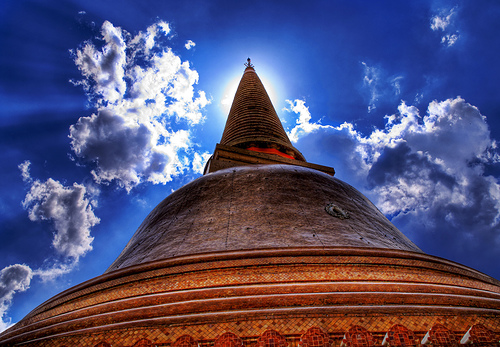 Photo Stuck in Customs
Matador Network editors often lead double and triple lives; maintaining personal blogs and traveling while holding it down here at Matador. Here’s a look into our personal sites.

Austin Chu, American nomad documentarian, has recently premiered his new film The Recess Ends. Keep up with the success of the film and Austin’s new adventures.

Writer and campervanner, Carlo loves to hike where the air is clear, the ground is crunchy, and the water is cold.

Matador’s first lady of holistic living, Christine holds a Masters in Holistic Health Education and is a certified Nutrition Educator.

Founding editor of The Traveler’s Notebook and senior editor of Matador, David’s blog consists of daily ‘illuminations’ and occasional beats. Catch up with David downstream as he and family prepare to settle in Patagonia.

Author and alpinist David Page has written for the Discovery Channel, the Los Angeles Times Magazine, Men’s Journal, and The New York Times.

Hal’s blog brings his life as a writer and volunteer in South America in delicious, bite size bits. His writing and travel advice are more than enough to get me thinking itineraries…

Joshua’s blog reflects a rambunctious roustabout with delusions of grandeur. Follow his rants as he adjusts to life in L.A.

Julie’s blog allows readers a look at the intimate fragments and flashes of inspiration on writing and life.

She also blogs about being a new mom and reveals why a neighbor thinks she should wear a corset on this blog:

Irreverent and hilarious, that is how I would describe Kate’s blog. Learn how to use a toilet brush and bidet on the same page? Score!

Yes. There is such a thing as a stupid question : http://yesthereissuchathingasastupidquestion.wordpress.com/

Lola brings it with beautiful photography and writing. Lola’s work has appeared in Vogue, National Geographic Traveler & Travel Channel’s World Hum, just to name a few! Her blog is a tome of travel wisdom.

Sara’s blog, which is co-penned by Jorge Luis Santiago, is a dedicated tribute to the creative process and the journey. Posa Tigres is filled with vivid photography and writing. Enjoy!

Tim is an adventurer, writer and rugged travel instructor for Where There Be Dragons. Tim headed back to Asia to lead the inaugural Mekong Semester program WTBD.

Sleeping in the Mountains : http://sleepinginthemountains.blogspot.com/

Taking a lap around the world and writing at least one book in the process, Tom writes about food, music, and just about anything. He’s currently in Berlin.

Keep in touch with the Matador team as we big up life and whatever else on our personal blogs. Don’t have a blog of your own? Start one on Matador today.