View all travel news
Top Destinations
Top CitiesView All Destinations
Trending Regions
Trending Cities
Load More
Even though I complain about flight delays and outdated guidebooks, I feel that travel is too easy in our time. It used to be much harder, and I am fascinated by old stories of travelers and explorers.

EVERY BOOK HERE was written over one hundred years ago. For travelers looking for inspiration, the following stories are a glimpse into experiences that changed history.

10. Incidents of Travel in Egypt, Arabia Petraea, and the Holy Land by John Lloyd Stephens (1837)

Stephens recounts a journey through the Middle East – including Petra, the pyramids, and Jerusalem. This is the first of many well-received travel books written by Stephens. It provides everything armchair travel should – humor, candor, and adventure. His writing paints a brilliant portrait of the lives of the Arabs he encountered.

When he was 24 years old, Park decided to trace the Niger river. He spent 18 months in the interior – losing nearly all his supplies along the way (but keeping his notes in his hat). Emerging after believed to be dead, his story created huge headlines and fanfare.

This book is a fantastic account of one of the early African explorations.

8. Sailing Alone Around the World by Joshua Slocum (1900)

In his 50s, Slocum spent three years sailing around the world – encountering storms, pirates, and incredible loneliness along the way. He was the first person to do it alone. The book he later published has become a sailing classic.

A Moroccan Berber, often summarized as the Arabic Marco Polo, Battuta’s account covers 30 years of travels through Asia, Europe, Africa, and the Middle East. He was on the move for half his life, with all the ups and downs that accompany that kind of existence. This book also reminds us that not all explorers were European. 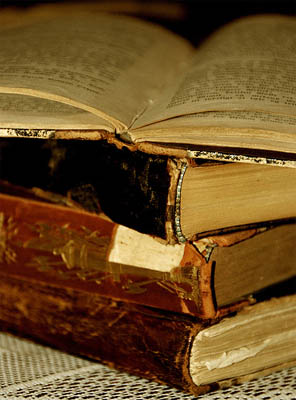 6. Exploration of the Colorado River and Its Canyons by John Wesley Powell (1874)

With raw dedication, Powell led the first descent of the Colorado River through the Grand Canyon. It was a dangerous journey into a sublime landscape.

His expedition encountered numerous difficulties that led some of his men to abandon the party.

Those that left were killed by Native Americans. Those that stayed continued through and survived. Read it here.

In 1893, Nansen set sail with the goal of getting his ship frozen in ice.

He planned to drift with the ice and allow it to carry him to the North Pole. After being trapped in the ice for a year, he set out on foot and went far enough north to set a new record.

Continuing on foot, he returned to civilization in 1896. The ship’s crew, having freed themselves from the ice, returned shortly after Nansen.

Leaving Harvard in his junior year, Dana signed up as a common seaman on a merchant ship – setting the standard for the young person throwing off society’s expectations and seeking adventure. He learned the ways of the sea as the ship left Boston, rounded Cape Horn, and sailed to California.

After returning, Dana wrote this book – the best account of life at sea in this time period.

One of the earliest travel narratives available to modern readers, this is the story of a Venetian merchant who traveled through Asia.

With a curious magical realism, Polo describes India, China, Tibet, Persia, and other lands that he traveled through. His travels would later guide and inspire other explorers, including Christopher Columbus. Polo is the great grandfather of modern adventure literature.

Lewis and Clark are the most famous American explorers.

When they traveled the breadth of America, they wrote it all down for us. The mountains, the rivers, the wildlife, the Native Americans, and everything else they saw.

This is the kind of story that makes modern travelers think they were born in the wrong time.

1. Personal Narrative of a Pilgrimage to Al Madinah and Mecca by Sir Richard F Burton(1855)

Legendary in his own time, this British secret agent was the first European to travel into the forbidden cities of Mecca and Medina. He was also the first European to lead an expedition seeking the source of the Nile, and the man who brought the Kama Sutra and the Arabian Nights to the West.

Burton spoke 29 languages and dialects and often passed himself off as an Afghan or a wandering Arab holy man. He wrote around 50 books about his travels and experiences. Read as many of them as you can.