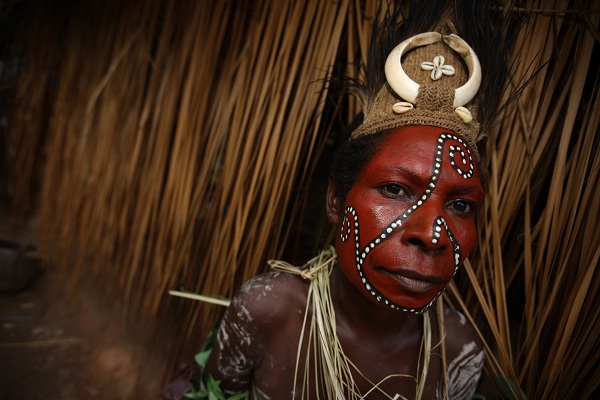 In The Last Speakers – part travelogue and part linguist’s notebook – K. David Harrison urges readers to consider the consequences of language loss around the world and to realize what we can do to help reverse it.
“What hubris allows us, cocooned comfortably in our cyber-world, to think we have nothing to learn from people who a generation ago were hunter-gatherers? What they know–which we’ve forgotten or never knew–may someday save us.”

OFTENTIMES I’VE WONDERED how the Americas would’ve evolved if it were somebody else besides Columbus who landed here.

I’ve always been fascinated by those ultra rare examples of men (and women) who, for a brief window in the 18th and 19th centuries, didn’t come as conquerors (see John Bartram, Lewis and Clark), and were able to travel, visit, and live among native peoples in a way that had never happened before or since.

There’s a danger in these kinds of musings however. They can lead to thinking in terms of people and culture in past tense, the kind of thinking that goes: well they ran off the Cherokee and now we have subdivisions named after them. Meanwhile, at ground level, the descendants of those conquered people (whatever of them still exist) continue struggling somewhere.

Reading The Last Speakers, it wasn’t so much the chronicles of reaching super isolated communities in Asia or South America, nor the folktales and actual words recorded; what really moved me was the powerful reminder that conquest and decimation of cultures and languages around the world continues right now, most likely right in your hometown without your even knowing it.

Harrison, a National Geographic Society fellow and co-star of the Sundance documentary film The Linguists, writes, “we live at a time when we can still hear their [vanishing cultures’] voices, albeit muted, sharing knowledge in 7,000 different ways of speaking.”

Over the last couple months, Dr. Harrison and I corresponded via email about The Last Speakers and also his current National Geographic expeditions. In the weeks ahead, Matador will be publishing photos and field reports from his latest expeditions to Language Hotspots, or areas with a high concentration of endangered languages.

[DM] How was this latest expedition? Where did you go? What was the objective?

[KDH] We were continuing our documentation of Koro, a language that is new to science and which we first began working on in Feb. 2008. We realized then that Koro was something special, not merely a dialect of other nearby languages as had been claimed in the scientific literature.

Our work establishes Koro as a distinct language. As we document Koro and make recordings of the speakers (numbering only about 600, and few under age 20) we are finding many rich areas of knowledge. On this most recent trip I conducted walks in the jungle with speakers and had them tell about names and uses for medicinal plants [see video at right]. The knowledge base is very impressive, and it is eroding. I’ve put up some videos of this on our new Enduring voices YouTube channel.

Throughout The Last Speakers are friendly but persistent prompts that seem aimed at researchers to continue work at various places you
visited. Did you write this book with other linguists in mind? Who is this book for?

This book is for the general public who, I have found, cares deeply about cultural survival and language extinction, but has not been informed about the latter issue. People are still surprised to hear the term “endangered language”, but they are concerned once they hear what’s going on, what we are losing. I’m getting lots of emails from people who never had any previous exposure to linguistics, saying how it inspired them to learn more.

It is also written as a way to assist some of the indigenous communities in making their stories and views known to a broader audience. Most of the languages I do fieldwork on have never before been heard outside of a very small area/population where they are spoken. So it’s a humbling opportunity to have this knowledge shared with us on the research team, and with readers. 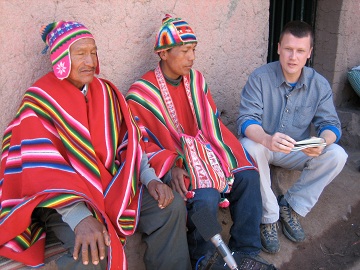 What role can those of us without training as linguists (but just as new media professionals perhaps, or writers) play in language preservation?

Everyone can contribute to a world that is safer for linguistic diversity, in part by simply taking an interest in it.

Whenever I lecture to audiences in the US, I ask if they know what the local indigenous language is. most audiences do not. So I use the moment to talk about Lenape (Pennsylvania), Ojibwe (Michigan) etc. and to say that not only are these languages still spoken right here in these places, but they are struggling to survive or revitalize and we can all assist. It’s partly for that reason I co-founded the non-profit Living Tongues Institute, and we initiated the joint project with National Geographic.

Your story makes being a linguist seem like a rewarding career path for those whose passions intersect language, travel, writing, and to some degree, audio and recording. I also realize that your story is probably exceptional compared to many other linguists. How much do most linguists really get out in the field? Is linguistics growing in popularity as a field? Do you have any recommendations for people interested in pursuing it? 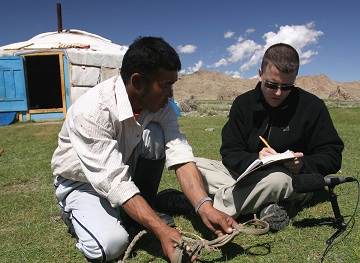 Nedmit, a speaker of the endangered Monchak language
in Mongolia, demonstrates to linguist K. David Harrison
how to make a horse hobble. Photo by Kelly Richardson

I love my job, I get to go to the most remote places all around the world and meet people who are linguistic survivors. They have been incredibly generous in sharing some of their wisdom with me, and I am honored to have the opportunity to record and pass it on.

Linguists have always done this kind of work, though for quite a few years it was not the usual pathway to a successful academic career.

More and more linguists are now eager to do this work, and universities are beginning to value it more in the hiring process. Anyone can get started by taking an intro course in Linguistics or Anthropology. These are sciences, and you do need some basic tools and training.

My favorite parts of The Last Speakers are the examples of how languages “animate” local terrain and reflect one’s relationship with
his / her home ground, for example the Tuvan word iy :

Languages animate objects by giving them names, making them noticeable when we might not otherwise be aware of them. Tuvan has a word iy (pronounced like the letter e ) which indicates the short side of a hill. I had never noticed that hills had a short side. But once I learned the word, I began to study the contours of hills, trying to identify the iy. It turns out that hills are asymmetrical, never perfectly conical, and indeed one of their sides tends to be steeper and shorter than the others. If you are riding a horse, carrying firewood, or herding goats on foot, this is a highly salient concept. You never want to mount a hill from the iy side, as it takes more energy to ascend, and an iy descent is more treacherous as well. Once you know about the iy, you see it in every hill and identify it automatically. . .

As a surfer and kayaker, I’ve grown up on vernacular created around specific features of the water / terrain. Sometimes out there on the water your life and others’ depends on this language. What other examples are there, like ‘iy’ that describe landforms or features, or ways of interacting with the local environment?

Languages encode geography. People adapt to local landscapes and languages encode this adaptation, whether to talk about wind directions, terrain slope, acoustic properties of different environments, or river current (as in Tuvan). I’d like to refer to you chapter 4 in my book When Languages Die:

Kösh : Basic unit of distance among the Tofa [native peoples of Siberia]. Denotes “how far one could ride in a day on reindeer back. European observers misunderstood this to be a unit of distance, about 25 kilometers. But for people inhabiting mountainous terrain such as the Tofa, or the Sherpa of Nepal, units of linear distance have little utility. The Tofa kösh in fact is a unit of time and effort–the actual distance you can cover in a day on reindeer back will depend on terrain, snowfall, and other conditions.”

Quite a few linguists have “debunked” the “Eskimo snow myth” [that the Eskimo have 99 words for snow] , but I think they are missing the point. In fact there are very well-documented systems like the 99 terms for sea ice among the Inuit (found in the book Watching Ice and Weather Our Way by Conrad Oozeva. Smithsonian Press). And these systems can teach us a great deal about human adaptation, linguistic richness, and topographical expertise. 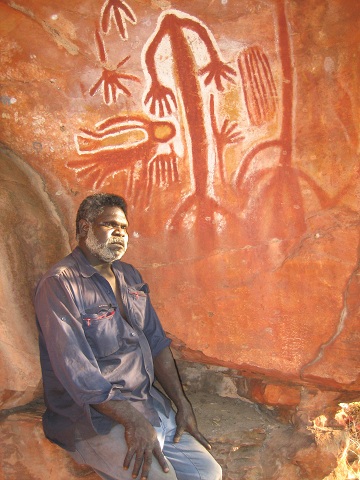 Is there a certain language you’ve heard that sounded particularly musical or beautiful?

Koro has a lovely musical sound with short, open syllables and complex intonation patterns we have not yet decoded.

What is the most complex, detailed information packaged into a single word you’ve ever heard? What language?

I like the example “aalychtypyskem” which appears in the film and in Chulym means “I went out moose hunting”. But from the point of view of many of the world’s languages, this is really nothing remarkable. It’s just from the point of view of English (or Chinese, etc.) that these kinds of highly compact structures seem odd. Sora has a verb that means “to be killed by a tiger”, and there are many other examples in my book.

Many of the examples you use to describe how language reflects local knowledge tend to be, naturally, words that focus on the outside environment (such as iy). What examples have you found for words which describe or package information about emotions, or dreams, or are more applicable to the internal “landscape”?

I have not delved much into this area, though as a beginning fieldworker I was fascinated that Tuvans regard and conceptualize the liver as the seat of emotions, not the heart. So in Tuvan “my lived aches” means “I’m heartbroken”. This is a very rich area of the lexicon that needs to be studied comparatively across many languages. It will change our view of the mind, emotions, psychology.