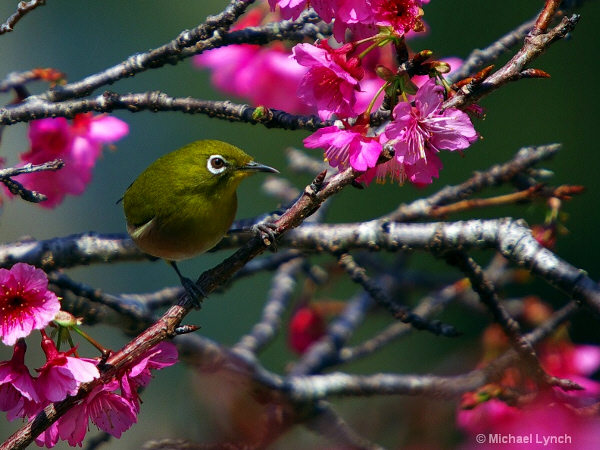 All photos courtesy of Michael Lynch

In a new series on Notebook, we interview professional photographers, and discuss their different perspectives on travel photography as well as tips for taking better pictures.

How long have you been a photographer?

I try to take professional photos and I love outshooting some of the folks who call themselves Pros; some of them ain’t so hard to beat, others are. At age 59, I bought my first camera and decided I wanted to really learn how to shoot.

The great outdoors has always been where I preferred to be. Growing up in the mountains of upstate New York, I was always out in the woods, somewhere. I could never figure out why people would sit around in the house watching TV when there were so many real live things to see outdoors.

Cameras, over the years, I’ve had a few. Seems like every film camera I had, I’d wind up breaking, losing, screwing-up the film, winding it, or shooting rolls of film and leaving them lying around so long before developing, there’d be no pictures left on them by the time I’d have them processed!

Then, along came digital (50 years later). One day, about three years ago, I was walking my dogs along the beach and saw an osprey flying overhead. I mean, way overhead, probably 500 yards straight-up, circling overhead. I didn’t even know what type bird it was; I just knew it was big.

I took out my cell phone and with the camera, zoomed and shot it. Got him dead center in the frame. A little black speck. That’s when I said, “I want a real camera”.

I emailed my son in California and asked him to help me research, bought some Outdoor Photographer magazines and a few books on cameras and started what would be about a six month decision process.

Then, I bought a Panasonic DMC-FZ50. Close to 160,000 shots on it and still shoots. I’ll never part with that camera; still use it. And highly recommend it to anyone starting out. When I bought that camera, I had no idea I wanted to be a wildlife photographer. 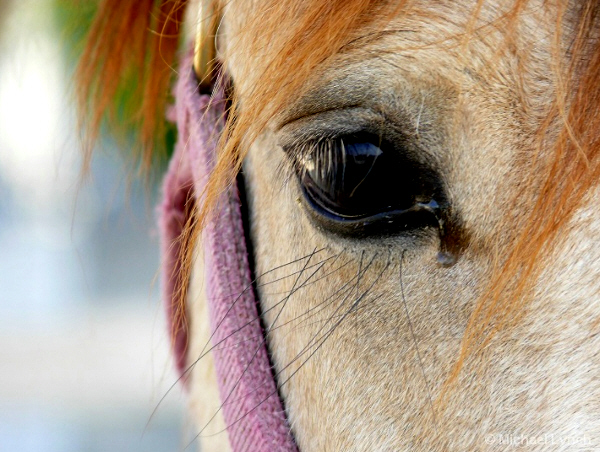 First (serious) photographic experiences where I wasn’t just snap-shooting were with my cell-phone camera.

I used the basic camera books I’d bought and started doing all the standard, basic stuff: directional lighting, bowls of fruit, rule of thirds, composition, flash, texture… whatever you can imagine that can be done with a real camera, while I continued to search for which model camera to buy.

How would you describe the work you do now…wildlife/nature photography? Are you involved in the commercial world also? Any stock photography?

The work I do now, WOW, it’s insane! I have three gallery exhibits; two of them I sell from. The third one is in a library, just for display. My work in the past year has changed drastically, ever since I got into online travel writing. Where I used to spend 6-10 hours a day out shooting wildlife and maybe six hours on a monitor, it’s kinda reversed.

I initially joined Matador hoping to find writers to do the writing and use my photography for their articles. Here in Okinawa, I’ve been published in print magazines, just my photography, with someone else doing the writing. A cameraman in Japan gets paid a lot, a lot more than writers. I used to make a deal with writers, “You write and I’ll shoot and we’ll split 50/50 on any articles you have published”.

That worked great for awhile, ’till the economy went south and magazines cut back on their spending. Writers got busy doing their other full-time jobs and less writing so, I decided to give writing a try myself. In March 2009, Apogee Photo Magazine published my first article and I’ve been at it ever since, making just a little over what it takes to recharge my camera batteries!

Stock agencies find me through my website and contact me but I’m not interested in their contracts right now. Maybe somewhere down the line, like if I can’t walk anymore. Commercial work-I’m looking forward to breaking into the tourism/travel promotion agencies in Japan, but it may be difficult, being a foreigner. 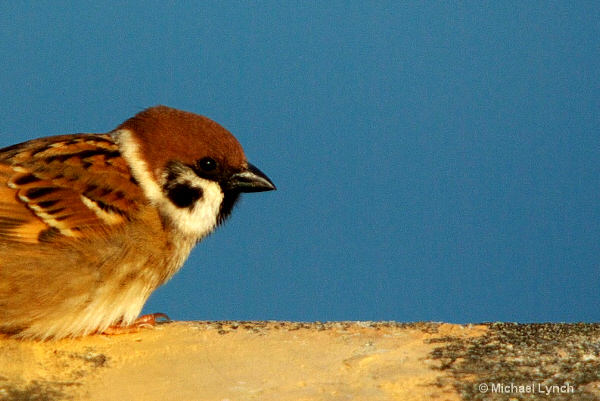 What three tips would you share for amateur photographers who are interested in pursuing your style of photography?

1. Wake up early in the morning. You have to be wherever you’re going before the sun is up. The best light is early morning light and you want to be in position when the animals wake up and start looking for breakfast.

2. Know your ISOs. Be able to look outdoors and say, “It’s ISO 100, 400, 800 or 1600 out there, right now”. Before you step out the door, check the ISO settings on your camera, ALWAYS. There’s nothing worse than finding out the reason you just shot a burst of shots at a millionth of second is because you were shooting at ISO 1600 the night before and forgot to switch back to ISO 100.

3. Shoot a lot and study your EXIF data as you process each shot. Ask yourself, “What could I have done to make that shot better?”. Eventually, if you’ve mastered the basics, you will make better shots, or at least learn to experiment with different angles and settings while you’re out in the field.

Besides loving the outdoors, that first camera, the Panasonic, taught me I could shoot in burst mode. This was something I could never do before with any film camera, not fast enough to catch birds in flight, anyway. Not just birds, but, fish jumping out of water, birds catching fish, snakes striking out, geckos catching moths, bees buzzing flowers, you name it; I got hooked. 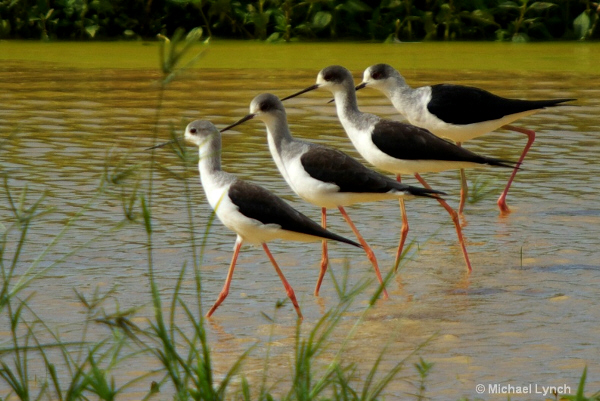 Which other photographers – old or contemporary – inspire you most?

Ansel Adams, the master of light and shadows, has to be every serious photographer’s idol. Contemporary, I’ll have to get back with you on that; there’s an Irish wildlife photographer I saw in Outdoor Photographer who has pretty much the same philosophy as me, “I don’t Photoshop.” Have to dig through an old stack of magazines to get his name.

When you are approaching subjects to shoot, how do you set about it? Do you chat and explain what you’re doing? Or shoot first, ask questions later?

Another reason I love wildlife; you don’t need a model release! I carry a stack of release forms in all my camera bags for the times I’m shooting people. Approaching before or after depends on the situation, especially in Japan. Young Japanese will giggle and whip out the peace-sign when they pose for a photo. I’d rather catch them not acting silly, so sometimes shoot with a zoom and, if I plan on using the photo where a release is required, will ask later.

Whenever I get a release signed, I either email the photo or print a copy for the model, then scan the release and file it with the photo.

What’s the craziest or most inspiring encounter you’ve had in general?

This one’s the easiest question of them all. On the 1st of November 2009 I had just gotten escorted off the street by security for jumping up on a two step ladder and shooting, with camera flash, the Queen on the International Avenue during an annual reenactment of a coronation ceremony.

I guess I was supposed to be a little embarrassed, so I made believe I was and walked sheepishly towards the next street corner to get ready to start shooting again. As I stood there waiting for the parade to start moving towards me so I could shoot with a zoom lens, some local guy kept staring at me. I look at him like, “What are you staring at” and he lowers his eyes a bit, but keeps looking towards me.

So, I figure he’s just a camera fanatic (He’s got a Canon) and he maybe is trying to see what kind of camera I’m using. I approach him and he says, “Are you Mike, Ryukyu Mike?” So, I say “Yeah, where do you know me from?“, because I had no clue who this guy was; never seen him before in my life.

And I’m pretty bad at remembering names, but never forget a face. He just looked like an Okinawan camera man, watching a parade. He says, “I’m Myron, from Hawaii. I thought you looked like Ryukyu Mike. I know you from Flickr”.

Then, I said, “Wait a minute. My picture isn’t on my Flickr profile; I have a bird picture there, a Kingfisher so, how the hell do you know me”? Then he tells me maybe it’s from my website or somewhere else because he follows me all over the web.

Now, that’s the craziest and most inspiring thing that ever happened to me all rolled-up in one! 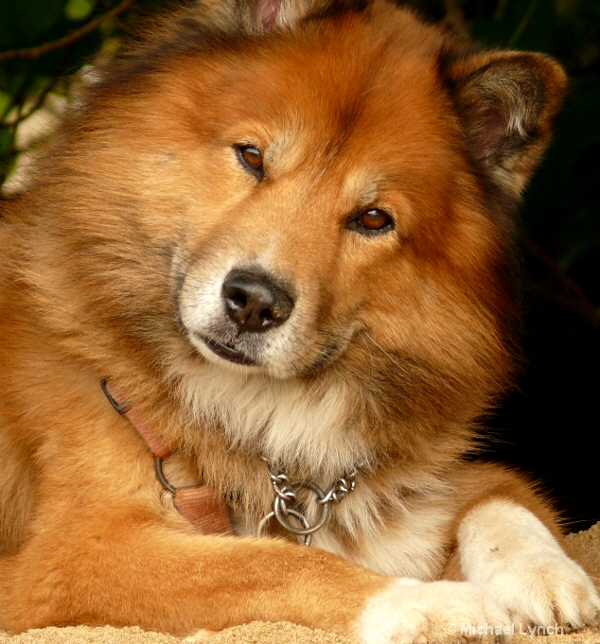 What kit do you use / carry with you / can’t do without (camera make, lenses, flashguns etc.)?

By far, the most used camera bag I have, is a shoulder holster. It holds my Pentax K10D with a Pentax 18-250mm, extra SD cards, batteries, cleaning gear.

That bag, I use if I’m shooting where I want everything handy but don’t plan on alot of walking with it. I don’t use an external flash but am in the market for one.

Finally, what else are you working on right now and what are your ambitions for the future in terms of your photography work?

Last year, I hit digital print in around a dozen places and I plan to continue that, but this year, I’ll be looking for some print magazines before they all go bankrupt. I had a big exhibit going this March that has potential for getting my prints in some upscale galleries down in the big cities.

Putting my work online has started gaining my photography some recognition and, finally, I have some real writers collaborating with me. I’ll just keep plugging away until I reach the ultimate goal of every wildlife photographer, National Geographic.

Please read our other recent interviews with Travel Photographers.