The pros involved are obvious: They generally have very characterful faces (probably why/how they ended up pursuing this gig to start with), and they can be “posed” (to an extent) because you’re paying them — not to mention, of course, the traditional clothing usually involved. How “posed” is often dependent on how much money is involved. Snapping a quick shot of a Cuban in Havana with a big, phallic cigar is probably just a dollar or so; arranging a local to dress like a monk and wander through a temple at 5am is likely much, much more. As the posing becomes more demanding, the money involved will increase, and the ethics of the situation (or lack thereof) become more obvious.

The cons, as some see them, are that it’s not an “authentic” interaction, not an honest moment captured, and that it sets a precedent for future photographers coming through — it’s one more reason for locals in the area to demand money for images.

Plus, from a very practical perspective, since these folks make money from tourists, and tourists are usually around in the afternoon, you may be dealing with shadows from harsh afternoon light. If you do want to photograph someone in this way, aim for the late afternoon, or ask them to step into some shade.

That being said, it falls to you. If you’re not comfortable approaching someone on your own terms just yet, this can be a starting place. If you’re on assignment or you can just feel that a particular publication would love the shot, go with your intuition. Likely, if you’re gaining assignments or other experience, and can begin to see good opportunities as they arise (and tell them from bad ones), you can probably navigate the ethics yourself.

If you’re not experienced at this, be aware that it’s likely the picture will look posed, because, well, it is. Unless you’re fluent in the language, getting someone to act natural after agreeing to pay them can be nearly impossible.

Say you really do want a Cuban with a huge cigar for your portfolio. Could you arrange a responsible tour of a cigar farm, and attempt to get friendly with the owners or some workers? Maybe you end up sitting with them for their lunch. Maybe you get invited to dinner. Maybe you end up sipping dark, sweet rum on someone’s front porch, and viola — cigars, golden light, Cuban men. Maybe it’s not always that easy, but often extra effort will beget a way better story, which makes that photo so much more meaningful.

This is different from “Pictures for Sale.” Usually this means you saw someone interesting, took a picture, and they noticed. They reach their hand out or approach you for money. Let’s assume this is not one of the people from option 1, but rather an older person with an amazing face, or someone in a market, or just someone sitting by the road. You now have three options:

With option 1, you do have the right to decline and apologize, but keep the photo. This is assuming the person felt like asking (perhaps s/he has seen others be paid, for example) but doesn’t seem too bothered by your declining. You could (and should) show them the image regardless.

But if the person is very demanding of money, and you don’t want to pay, you should consider option 2; delete the photo and show them you have done so. Perhaps you didn’t realize they were one of those traditionally dressed folks posing for money, or perhaps they are just tired of being photographed. Whatever the reason, unless the picture is absolutely incredible, it’s probably not worth the fight.

It should be noted that it would be unethical to “pretend” to delete the photo, but not do so. If you were knowingly trying to sneak a shot with a telephoto lens, and got caught, don’t get defensive or angry — apologize and deal with the situation calmly.

Option 3 poses the real ethical dilemma. Should you pay? Let’s say it was a candid, lovely photo, or perhaps one of dire circumstances that might really get some attention later on. We can’t answer this question for you. Assuming it wasn’t posed, and you really captured something great, it falls with you and your personal, gut intuition in the moment. This will vary from photographer to photographer, and there’s no one right answer for all situations. 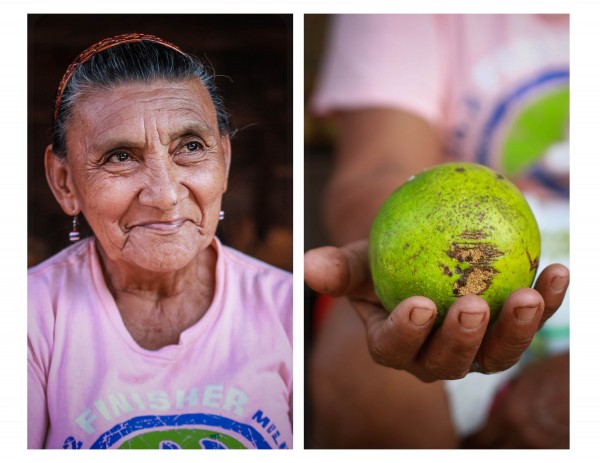 “This beautiful Nicaraguan woman really stood out to me in the market because of her pink shirt and kind face. I took a few seconds to photograph her mangos (with her permission). I purchased a few mangos, and then asked her to hold one out for me. She laughed, but happily did it for me. Then I finally asked for a portrait. By this time she’d come around to me, laughing with her friends from nearby tables at the antics of the crazy photographer. This is a good example of purchasing items for the sake of the eventual portrait. Had she said no, the mangos were delicious anyway.Photo: Author

If the picture is of a child, and they ask for money, option 3 doesn’t apply. Never give children money, for a photo or any other reason. More on that below.

Be careful when taking pictures with a telephoto lens. It can make people feel very violated. If you are noticed, don’t shy away. Approach and show them the photos. Smile, laugh, and compliment them. Don’t be the creepy person lurking around with a massive telephoto lens. Capture the moment candidly, but be respectful and forward when you’re noticed.

Children are beautiful. This is true everywhere. Often children will come running if you have a camera, and enjoy jumping in front of your lens for you. Aside from seeing if parents are present to approve of the images, there’s nothing inherently wrong about having a blast with a bunch of kids. But the bottom line here is never give money to children.

I was recently in Siem Reap, Cambodia. The place is dense with children begging, or selling photos or bracelets. We were photographing a temple, and I decided to sit down with a young girl who was begging. It was hot and I did want to photograph her, but I could tell she would ask for money. I don’t speak Khmer, so we just watched tourists together and giggled.

A well-dressed tourist spotted her and walked over with a friend. She handed her friend her camera and sat down on the other side of the girl, who wasn’t even looking. The woman leaned in and nudged the girl with her elbow; the young girl turned for the camera, indifferent at best. The woman reached into her purse and — after removing an enormous bag of lollipops — handed the girl a dollar. She walked away looking pretty thrilled with her photo, and probably genuinely felt like she just did a good thing.

To us, it can be just a few coins. But it perpetuates the poverty cycle of children, no matter how small it seems. Statistically, boys who stay on the streets too long end up involved in illegal activities; girls end up either pregnant very young, or even at higher risk for sex trafficking. No one wants to be unknowingly supporting any of those things. So when it comes to children, keep your money in your pocket, and support an organization working to get kids into school instead.

There are other common but less obvious issues when it comes to giving anything to a child. For example, candy. This is also a reason to stay on the street, a benefit, a perk, a treat. It’s also physically damaging, as many children dealing with poverty do not have a toothbrush.

On this same front, handing out toys is a bad idea unless you have enough for every child that comes running. You will likely just cause jealousy among the kids who missed out. Lastly, purchasing items from a child is still perpetuating the cycle, even if you get a legitimate item out of the deal — each sale is another reason to work the streets. 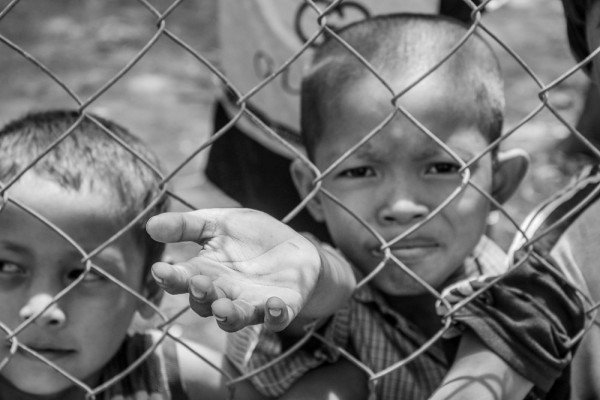 Cambodia is packed full of children who need help. It can take a toll on a traveler to deal with these beautiful children asking for a dollar all day long. To see their poverty is heartbreaking, and it can be incredibly hard to say no over and over again. Finding volunteer opportunities, like teaching photography at Anjali House in Siem Reap, is a far better solution than handing out money, candy, or toys, or purchasing items a child is selling.Photo: Author

Children will ask you for money. It’s important that we treat children (and people) everywhere the same. Would you hand money to a five-year-old in Sydney? No. Likely you’d ask them why they aren’t in school, or where their parents are. Would you purchase a bracelet from a nine-year-old hanging around the Grand Canyon? Probably not. Would you hand out candy in Central Park? If you did, you’d likely have a troop of parents (or cops) on you in a heartbeat.

Spending time with children while travelling is really special – just be sure you’re leaving behind the effects you were hoping to.

* In the MatadorU Travel Photography course, you’ll learn the skills you need to become a travel photographer.