View all travel news
Top Countries
Top CitiesView All Destinations
Trending Regions
Trending Cities
Load More
At MatadorU you can learn how to be a travel journalist — check out the curricula today. 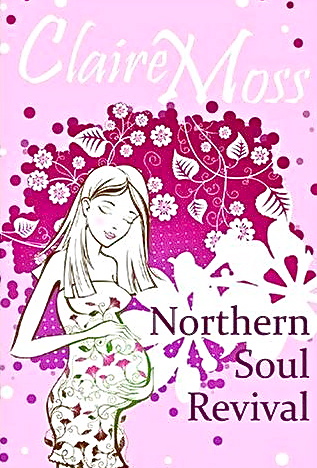 WHEN I LEFT the UK for Tasmania in early 2005, I had already spent a few months on the first draft of my first novel, Northern Soul Revival.

I was loving writing it, obsessing about the story when I should have been doing other things (sleeping, eating, working), but Tasmania was just the start of a six-month travel bender, and I was concerned that I wasn’t going to get much done on the novel over the following half-year.

What writing I was expecting to do would be, I presumed, non-fiction, travel narrative type stuff, inspired by my trip. But the time to myself that I never had enough of at home became less of a luxury once abroad, and the opportunity to mull over ideas and work out plots was invaluable. Plus, of course, there was the constant, endless inspiration of new places and experiences.

And although I did do a lot of the travel narrative stuff too, largely based on the journal I kept while I was away, Northern Soul Revival also benefited immeasurably from what I did and saw, and half the novel ended up being set in Tasmania.

It didn’t start out that way, however. When I started plotting the book, I knew that I had to get one of my main characters (Carl) overseas – preferably as far away from the other main character (Joss) as possible.

But even once I was there, it didn’t occur to me straight away that I should have him go to Tasmania. The island, despite its distance from the UK, did not seem ‘foreign’ enough – the weather is temperate by Australian standards, the architecture British in style, the people almost exclusively of European descent.

It was only after being there a few weeks that I realized it was these superficial similarities that perversely made the island more foreign. If Carl were here, in exile, it would not be so much that he was abroad – it would be more that he was cocooned in his own parallel universe, which was exactly the feeling I was aiming for. So I had my setting.

And that was when I realized the value of that travel journal I was keeping – jottings that, although I didn’t know it at the time, were going to find their way pretty much directly into the final, published version of the book.

Bringing it to life, however – making people who had never visited Tasmania, and probably never would, feel as though they were really there – was a big challenge.

And that was when I realized the value of that travel journal I was keeping – jottings that, although I didn’t know it at the time, were going to find their way pretty much directly into the final, published version of the book. These were undoubtedly what lent vividness and believability to the descriptions of place.

As an illustration, here are two excerpts from my journal, followed by the (abridged) passages from the book which they inspired:

[Journal excerpt] Went up to ‘The Neck’ this evening after work, the spit of land that connects North and South Bruny. I think I’ve never been anywhere more beautiful, well worth the long climb. The setting sun was reflected in the mirror-calm of the sheltered side of the Neck, then mashed and crashed into splinters by the waves on the other… Came back down and walked to the shoreline, where we saw phosphorescent algae in the surf, like stars being washed up on the beach. Makes me glad I’m an atheist so I can appreciate these wonders for what they truly are.

The equivalent passage in the book takes place when Carl accompanies his new girlfriend, Sandy to ‘The Neck’ early in their romance:

That evening we drove down to ‘The Neck’… We climbed up endless wooden steps to watch the misty sunset, the sea a silvery, glass-calm lake on one side of us and breathless, crashing waves on the other…As we approached the water I began blinking rapidly. The waves appeared to be peppered with tiny lights, washing miniature stars onto the beach and leaving them on the sand… I knew what they were, of course: phosphorescent algae, one of nature’s little treats for us atheists. Yet somehow, in the silence and darkness of that place, those lights seemed like a miraculous gift without reason or explanation.

And, again from the journal, first impressions on my arrival at Hobart airport:

This place really is another world. The airport’s supposedly ‘international’ (by which I think they mean you can fly to New Zealand) but it’s basically just an enormous hangar with a Bureau de Change inside. There isn’t even a luggage carousel, you just stand around waiting for a truck to drive your bags off the plane, then grab them off the pile once they’ve dumped them in the arrivals shed. It’s like a military outpost rather than a civilian airport in a state capital – a military outpost, circa 1973…

The trip from the airport makes you realize why it’s worth it though – the scenery is something else. You come into Hobart across a wide concrete bridge, and the first thing – the only thing – you can see is Mt Wellington looming behind the town, slightly threatening but immensely impressive. Everything is low-rise, arrestingly so after Sydney and it isn’t hard to believe that next landfall if you go south from the harbor is Antarctica.

The corresponding passage has Carl arrive at Hobart and draw similar conclusions of his own:

The airport was little more than a few temporary-looking buildings and had the feel more of a military outpost – the kind of place battle-scarred pilots would be sent for undemanding paperwork duties – than the international airport of a state capital.

Still having spotted no sign of baggage collection, I ended up back where I’d entered the airport… A tall young woman grabbed my upper arm in a kindly way.

‘Are you trying to find where to collect your bags?’

‘This is it, I’m afraid, mate. That trailer there collects the bags from the plane and drives them over here, then we all help ourselves. First time in Tassie?’

My trip did not start out as ‘research’ for my novel, and I had no idea when I set off as to just how much of the experience would make its way into the finished book. But, for a fiction writer, all life experience must be viewed as potential ‘material’, and it is important not to compartmentalize your travel experiences as something only useful to inspire non-fiction writing.

*MatadorU has all the resources you need to learn how to become a travel journalist.