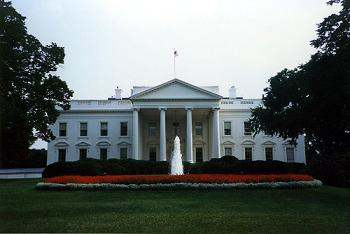 With just 100 days left in what’s easily been the most exciting presidential race in my lifetime, voters are beginning to ask:

Who will McCain and Obama select as their vice-presidential running mates?

Hillary Clinton has clearly indicated her interest in the vacant position, and other former presidential hopefuls who were left in the dust on the campaign trail are also angling to be their party’s VP nominee. But possible veeps you may have never heard of are also waiting in the wings.

On the Democratic side, there’s a handful of governors, including Tim Kaine of Virginia, Ed Rendell of Pennsylvania, and Kathleen Sebelius of Kansas.

On the Republican ticket, possible running mates whose names have been mentioned are Bobby Jindal, governor of Louisiana, Senator Lindsay Graham (R), from my own home state of South Carolina, and even Carly Fiorina, the former CEO of Hewlett-Packard.

The press has not shied away from detailing a list of attributes each candidate should seek in a VP: someone with extensive foreign policy and military experience for Obama; someone with youth and charisma for McCain.

Who do YOU think would make good VP running mates? Be a political pundit and share your suggestions below!

Drink your way across Texas wine country on this Christmas wine train
An epic new bike trail will circle Italy’s largest lake
Celebrate Friendsgiving on a private island in the Florida Keys for just $50 a night
Are masks really protecting travelers from COVID-19 on planes?
Stay in this luxury ski cabin with private access to an entire mountain resort for just $100 per night