We’ve all seen the photo ops, heard the sound bites, and listened to the well meaning single du jour on the radio.

But which celebrities are really serious about changing the world?

Whether their philanthropic endeavors are high-profile or they pitch in quietly, away from the cameras, here are 20 celebs that make a difference: 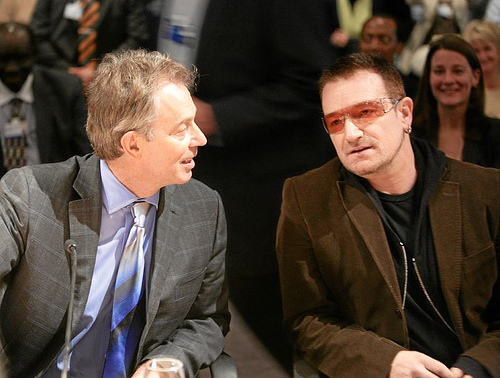 An obvious choice? Sure. U2 frontman Bono has been a Nobel Peace Prize nominee and a Time Magazine Man of the Year. His activism for causes such as Third World debt relief and AIDS prevention are now as equally famous as his music.

An international development professor that I respected very much once told me that the Bill & Melinda Gates Foundation was quite possibly the single most effective NGO working in Africa.

Why was I surprised? After all, it makes sense that one of the most successful entrepreneurs in history would do a good job in his philanthropic efforts as well.

The Foundation has its hands in everything from AIDS prevention to college scholarships. Bill Gates reportedly gave over $29 billion to charity from 2000 to 2004 alone. 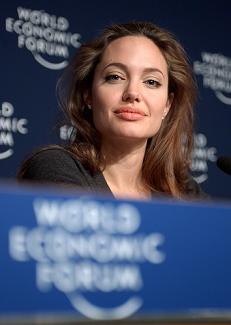 The tabloid sensationalism of Brad Pitt and Angelina Jolie belies a long-standing dedication to diverse humanitarian work. Jolie has visited thousands of refugees wordlwide, while Pitt has contributed to architectural work in post-Katrina New Orleans.

While many high-profile celebrities advocate for causes abroad, Shonda Rhimes has been steadily working here in the US. Rhimes, the creator, producer and writer for the hit TV series Grey’s Anatomy, has racked up a shelf-load of GLAAD Media Awards and NAACP Image Awards (not to mention the Emmys and Golden Globes) for her progressive portrayals of race and sexuality in the fictional Seattle Grace hospital. 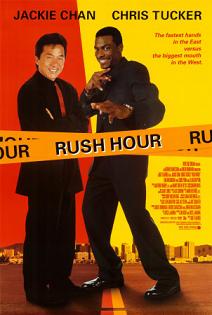 In between kicking butt and cracking jokes in movies like Rush Hour and Shanghai Noon, action star Jackie Chan keeps remarkably busy with a slew of charitable efforts.

Most notably, he has reportedly bequeathed half his assets to charity in his will – a gesture with an estimated worth of $64 million!

Everything he does, he does it for charity? Well, not quite.

But Canadian rocker Bryan Adams has been working the benefit concert circuit for more than 20 years, hitting up Live Aid, Live 8, and nearly everything in between.

Following in the footsteps of socially-conscious hip-hop predecessors like KRS-One, Mos Def goes beyond the shallow rhymes of Top 40 hip hop, consistently using his music as a platform for social criticism.

He’s probably best known for speaking out about the reaction to Hurricane Katrina:

Along with her significant other, Tim Robbins, Sarandon is well-known for her outspoken support of a number of causes.

She has been one of the most vocal opponents of the War in Iraq, she’s been speaking out since the very beginning.

Though he was forced out of the presidential race and subjected to harassment and a brief imprisonment, the retired chess grandmaster remains a powerful voice for democratic change in Russia. 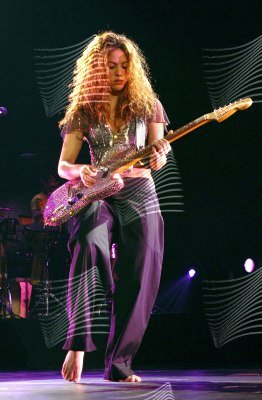 She may be best known for shaking her hips, but Colombian songstress Shakira hasn’t forgotten where she came from. Her Pies Descalzos foundation, aimed at school-age children in her home country, is just the beginning of her contributions.

The French striker is one of the leading voices against racism in football.

Fellow footballers Didier Drogba and Michael Essien have also joined the fight, reportedly rapping together on an anti-racism track.

For almost 15 years now, Midler has been working to restore and protect New York City’s parks and community gardens.

Musical legend Elton John has been working to raise money for AIDS research and treatment, as well as combating prejudice against HIV-positive people for more than two decades. 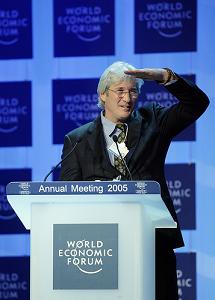 Actor Richard Gere is one of the best-known advocates of Tibetan independence; in fact, his outspokenness on the issue has resulted in lifelong bans from China, and from presenting at the Oscars.

He also campaigns for AIDS awareness, and for the protection of land rights for Indigenous peoples worldwide.

When she’s not playing one-eyed assassins on the big screen, Daryl Hannah quietly goes about her extremely green lifestyle. She lives on solar power, runs her car on biodiesel, and her blog promotes sustainability.

Comedian and actor Jim Carrey is a passionate supporter of the US Campaign for Burma:

Unlike most anti-war celebrities, Sean Penn has spent time both in Iraq and Iran, and his opposition to the war has been some of the most vocal of anyone in the US.

Penn was one of a handful of celebrities who physically assisted in the rescue of victims of Hurricane Katrina.

Who? You know, that guy from Arrested Development?

When he’s not popping up in all kinds of movies and TV shows, Begley tools around town in an electric vehicle, eats vegan, and powers his home with solar and wind energy, making him an important role model for greener living.

Agree? Disagree? Who are your favorite do-gooder celebs?