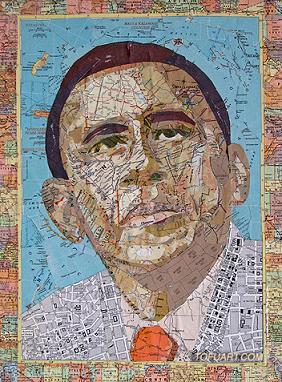 The countdown to Election Day in the US is seriously on now.

Though it’s been hard for me to understand who could be on the fence in this election, I know that some people still feel unconvinced or uninformed about the candidates and their respective platforms on key issues.

Here at Matador, we’ve already endorsed Barack Obama as the candidate who makes the most sense for Americans and the world.

As passionate travelers who care about the US’s relationship with the world, we have a unique perspective about why Obama is our preferred candidate.

Here are four reasons why Obama’s foreign policy is important for the US…and the world:

1. Because we need to strengthen US relationships with Latin America:

The US has long had a record of either exploiting or ignoring Latin America. As the Obama campaign notes, “As the Americas have changed, we have sat on the sideline, offering no compelling vision and creating a vacuum….”

From strengthening import-export relationships to managing oil diplomacy, and articulating a new vision for countries with which the US has historically maintained either aggressive or laissez-faire relations, the Obama campaign has laid out specific plans for improving relations with our neighbors to the south.

2. Because we need a diplomacy surge… not a troop surge:

Whoever is sworn into office in January 2009, the new President will inherit an abominable war that has done tremendous damage to Iraqis, Afghans, and American and allied troops. While the realities of withdrawal must be addressed, the Obama campaign has articulated a visionary initiative that is missing from Republican plans: a diplomacy surge. What does that mean? Obama writes:

3. Because we need engagement, not isolation:

China. Iran. Russia. Venezuela. Bolivia. It’s clear that the Bush administration has preferred to demonize countries rather than engage them.

Far from being unrealistic about problems such as nuclear weapons, illicit drugs, and religious extremism, viewing the challenges and dangers other countries may pose as opportunities provides American politicians with a far more sophisticated source of intelligence than isolationism could ever hope to develop.

Check out Obama’s plan to engage China for just one example about how engagement might work.

A meaningful US political presence in Africa has largely been absent throughout the Bush administration, relegated to the power and purses of celebrities instead of policy interventions.

Obama has expressed a specific plan for addressing genocide in Darfur, providing measures for debt relief and cancellation, and establishing mechanisms for microcredit and larger scale funding that will provide Africans with the resources they need to alleviate continental poverty.

The McCain ticket does not specifically dedicate a section of its platform to foreign policy. However, you can read his ideas about immigration and Iraq.