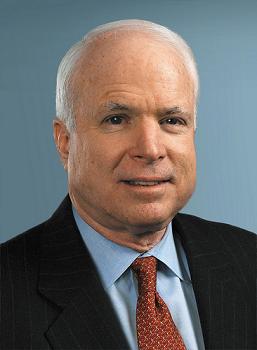 It couldn’t have been easy.

The man who has served his country since he was 17 conceded the presidency as soon as the writing on the wall was clear.

Of all the speeches McCain gave during the course of this long campaign, his concession speech was the best.

Here are 6 reasons why:

1. McCain took the high road. McCain avoided mudslinging and encouraged his booing supporters to redirect their energies and unite as Americans.

2. He kept the use of “My friends” to a minimum. Enough said.

3. He acknowledged the death of Obama’s grandmother and said she’d be proud.

4. He renewed his own commitment to public service. Despite the bitter disappointment of his loss, McCain clearly articulated his ongoing commitment to continue serving his country. He could easily retire and retain Americans’ respect for all he has done. But he obviously has no plans to do so, and he appears poised to renew his admirable history of reaching across the aisle.

5. He maintained his composure and expected others to do the same. He could have played the pity card (and alluded on SNL last weekend that undecided voters should feel sorry for him because his age meant this was his last chance to pursue a presidential run), but he didn’t. You’ve got to admire that.

6. He called for American unity. McCain modeled the behavior Americans need to adopt. He acknowledged the ideological and political differences between himself and Obama, but he underscored the need to unite and do the hard work that lies ahead.