The news yesterday–at least in the U.S.–was consumed by a few headlines:

“Obama’s Special Olympics joke creates a stir around the nation” 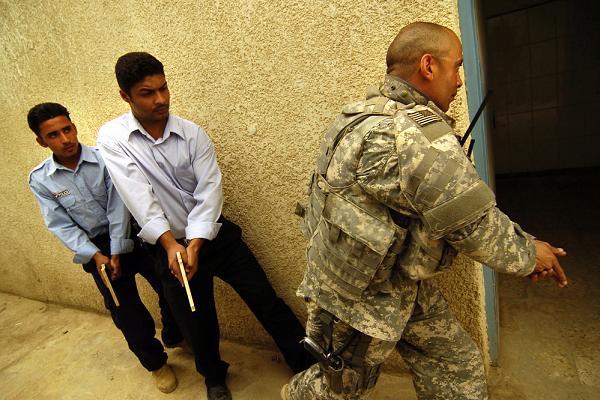 As the war goes on, seemingly without end, it’s important to continue caring about what’s happening in Iraq and Afghanistan.

If you’re looking for some sources to learn more about the war and its effects, here are a few good places to start:

National Public Radio hosts this series of video excerpts from “Killer Blue,” a documentary by two Associated Press photographers who spent four months with an Army platoon that goes by that name. In the segments “Family,” “The Fight,” “My Friend,” and “Move On,” human faces are put on war in a way you won’t soon forget.

This documentary, which you can watch in full online, is somewhat similar to “Killer Blue” in that it documents the war as it is experienced by soldiers fighting it. This documentary, though, was made by the platoon members themselves.

Life and Death in the War Zone:

Not everyone in uniform is fighting the war. In “Life and Death in the War Zone,” another documentary you can watch in full online, learn about the lives of combat doctors, helping US and allied soldiers, as well as injured and sick Iraqis.

Blog from the Middle East:

For a Middle Eastern perspective on the war, follow Salam Adil’s blog.

Take a photographic tour through Iraq and let the images tell you stories that words might not be able to convey.

Community Connection:
Be sure to check out “The Costs of War,” a short article published on Matador Change today, to learn about countries’ military expenditures.

This small and remote Scottish island is looking for new residents
Wombats are the heroes of the Australian fires, sheltering animals in their burrows
Plane lands in Norway seconds after new 10-day quarantine rule takes effect
Italy is reviving a Black Death tradition by reopening ‘wine windows’
New Zealand goes back on lockdown after recording four new COVID-19 cases